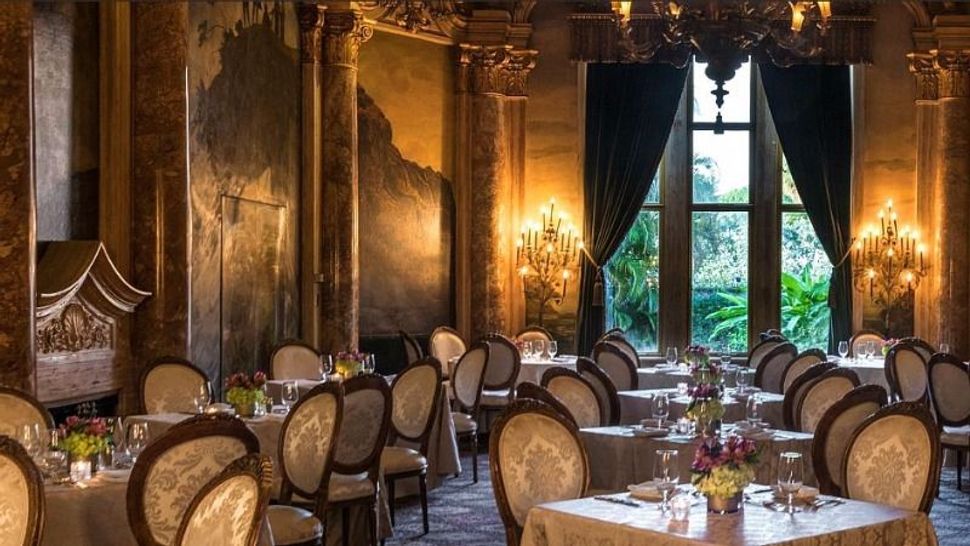 The kitchen at President Donald Trump’s “Winter White House,” Mar-a-Lago, was
slapped with 13 health-code violations, according to an article in Wednesday’s Miami Herald.

The exclusive Palm Beach country club, whose members — many of whom are Jewish — pay an initiation fee of $200,000, was given a citation on January 26, 2017 by the Florida Department of Business and Professional Regulation. Three violations were deemed particularly significant. 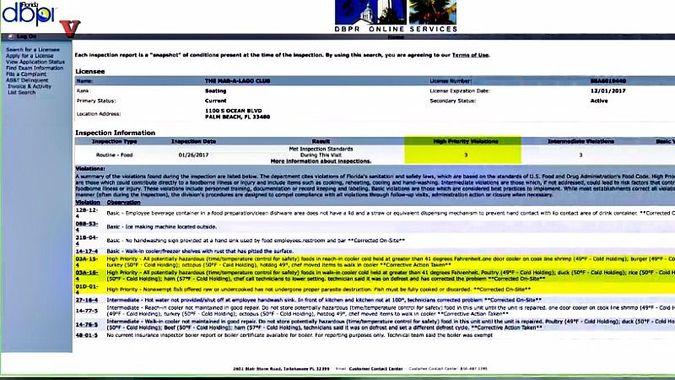 The health-code violations highlighted in yellow were deemed high priority. Image by Courtesy of Florida's Department of Business and Professional Regulation

According to the DBPR report, fish that was meant to be served raw or rare “had not undergone proper parasite destruction.”

Raw meat, which is supposed to be stored at 41 degrees, was instead being kept at higher temperatures: Chicken was 49 degrees, duck and beef were 50 degrees and ham was 57 degrees.

The two coolers in which these meats were stored were not in proper working order.

A request for comment to Mar-a-Lago, asking what had been done to address the code violations, was not returned by press time.

Liza Schoenfein is the food editor at the Forward. Contact her at [email protected] or on Twitter, @LifeDeathDinner