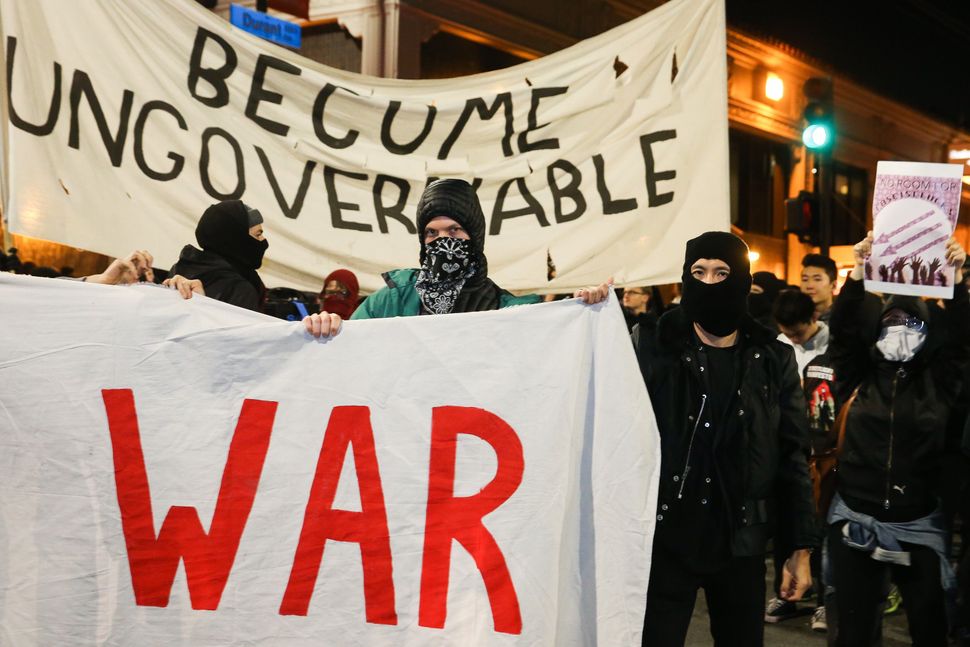 During the Tax Day protests across the country on April 15, Antifa — short for anti-fascist — protestors at the University of California at Berkeley gathered to oppose both President Donald Trump and conservative pundit Ann Coulter, who was scheduled to speak at the school.

The alt-right came out in droves, some driving hundreds of miles to confront Antifa. Predictably, chaos ensued.

A viral video posted by Youtuber Vito Gesualdi shows Gesualdi trying to bring the two sides together by re-enacting the controversial Pepsi commercial starring Kendall Jenner. He approaches mobs of brawling men and women, and as they roll about punching each other in the face, Vito stretches out his arm to offer them a Pepsi.

Unfortunately, his efforts for the most part were rebuffed and Pepsi cans that were accepted, were thrown at the opposing side — generally Alt-righters towards Antifa.

In response, the Antifa protesters managed to get ahold of some bagels (and even some pumpernickel bread), and threw it at the Alt-right protesters. In the video, Gesualdi is seen picking up a bagel and taking a bite, saying, “It’s a plain bagel. It’s not good.”

The Alt-right protesters (possibly offended at the blandness of the bagels?), started chanting, “Soros bagels off our streets.”

It’s possible that the chant had more sinister motives, referencing the oft-cited “worldwide Jewish conspiracy” that supposedly has Soros at its head. However, we can’t confirm whether there was a broader meaning behind the chant beyond the bagel bombardment that immediately preceded it.