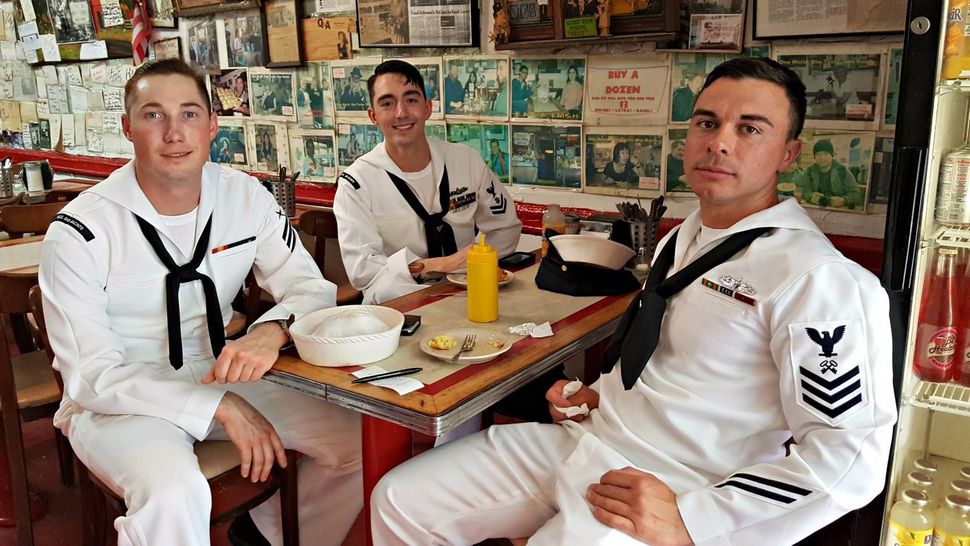 When these young men happened upon Lower East Side deli and bakery Yonah Shimmel, they stopped in to sample a Jewish delicacy. Image by Rachel Ellner

Fleet Week draws to a close today, but I got a souvenir at Yohah Shimmel Knish Bakery in the form of this photograph.

These three sailors, each from different parts of the country, were walking past the venerable Lower East Side bakery and deli and decided that the knishes in the window looked too good to pass up. Two went for the traditional potato knishes while the other chose the special, jalapeño and cheese.

One said he knew of Jewish food because one of his officers is Jewish. The young men are heading back out to sea, having broadened their culinary horizons with a classic taste of Jewish food.