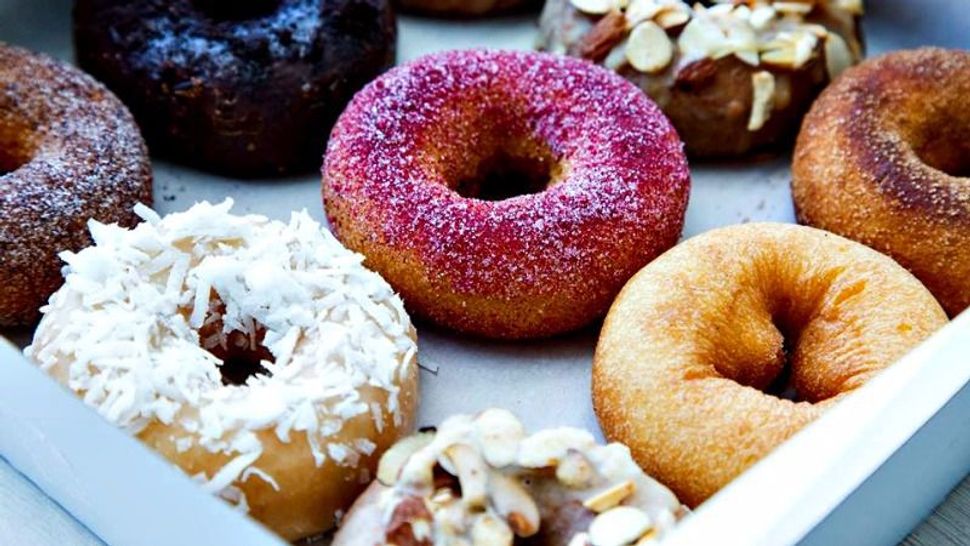 Friday is National Donut Day, a fact that was dropped into my consciousness via an email from National Today, which keeps track of “quirky occasions on the cultural calendar,” according to its website. The email, while heralding a delightful day, was also a bit worrying.

Apparently a “study” (actually a poll of 1,000 individuals who were asked about their doughnut-eating habits and opinions), showed that “half of Americans feel more highly about people who bring donuts (sic) into the office.”

While this would seem incredibly obvious, and to the average person entirely unthreatening, it got me thinking. As the food editor of the Forward, I’m occasionally sent delicious food items to sample, and of course I share them with my office mates. Every year a little before Hanukkah, for example, I receive a box of assorted filled doughnuts, called sufganiyot, which come from a popular New York bakery with an Israeli-American owner.

I do not bake these doughnuts, or even order them, but I do seem to get the credit, and the gratitute, on these happy and tasty occasions.

And now I come to find that there’s an actual study proving that my popularity is probably not a result of my winning personality.

In any case, the poll, which was conducted by National Today in conjunction with food-delivery service Postmates, revealed some other statistics:

I was actually fascinated to learn that 56% of those polled had brought doughnuts to their offices. I guess the majority of the population doesn’t care whether it’s appreciated more for its personality or its doughnuts. So henceforth, I won’t either.

Oh, and if you’d like to boost your own popularity, you (like me) can do so for free. On June 2, download the Postmates app, add a dozen doughnuts to your cart, enter the code DONUTFAIRY, and if you’re among the first 5,000 to do so, you will apparently receive said doughnuts without charge.