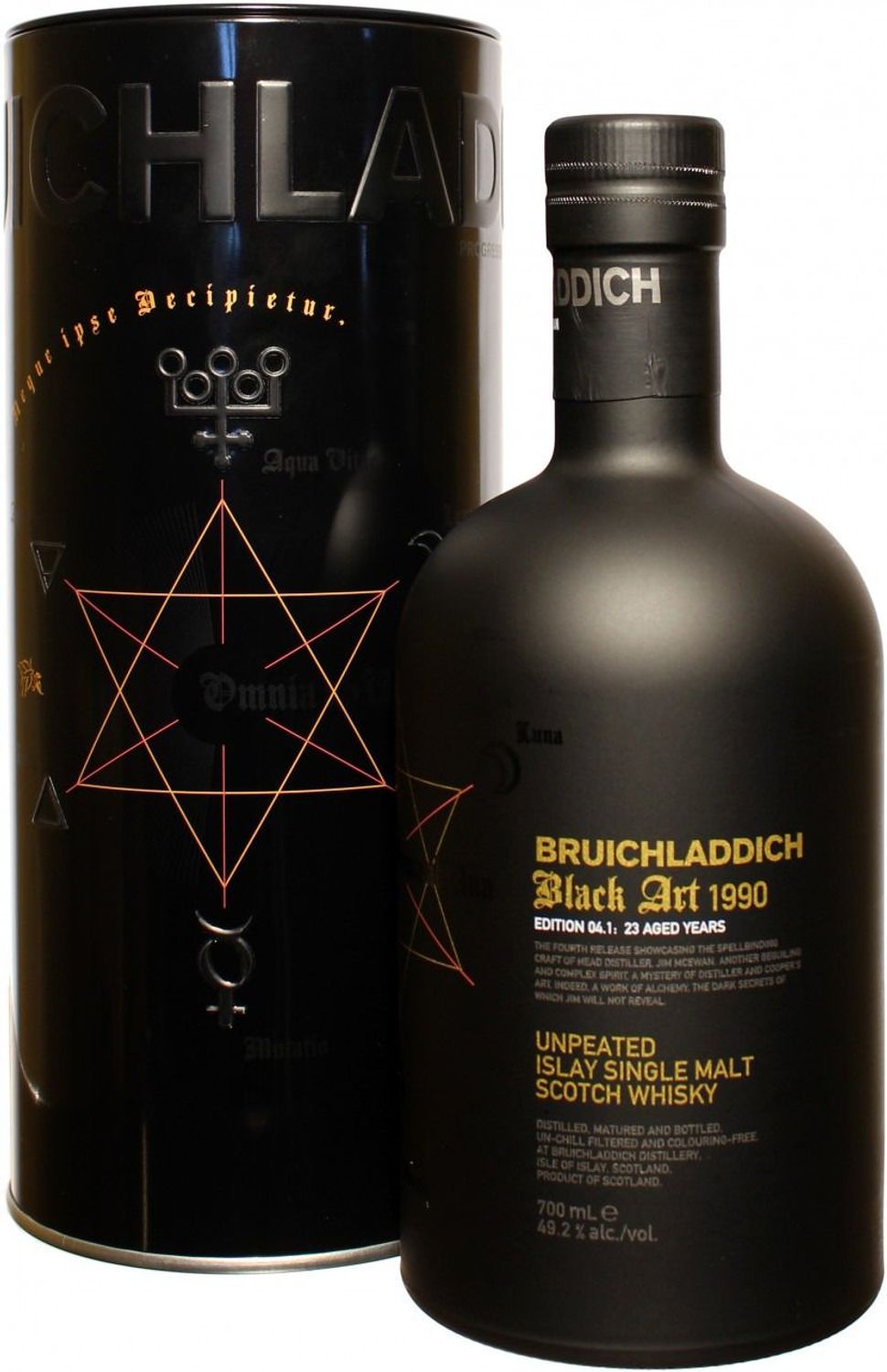 Just as the Berlin Wall was falling, something was Jewish happening at the Bruichladdich distillery on Scotland’s Isle of Islay.

First of all, they were releasing the “Bruichladdich Scotch Islay Single Malt Carmel Kosher Wine Finish 1989” — which, by all accounts was a fine (if now rare) whisky. It was kosher in the way all proper scotch is kosher, but no more so. Its name comes from the casks of Carmel wine in which the spirit was matured.

And then, apparently, at the same time they were putting together Bruichladdich Black Art 4.1, a 23-year-old single malt scotch. At $300 a bottle, I haven’t tasted it yet, but on the label, and apparently referring to the Black Art of the name, is a huge magen david — a Jewish star.

Maybe, as Caskers thinks, it’s a perfect gift for your Jewish father for Father’s Day, maybe — as it appears to me — it’s an unfortunate design choice that hints our faith is a dark art. The jury is, so far, out.