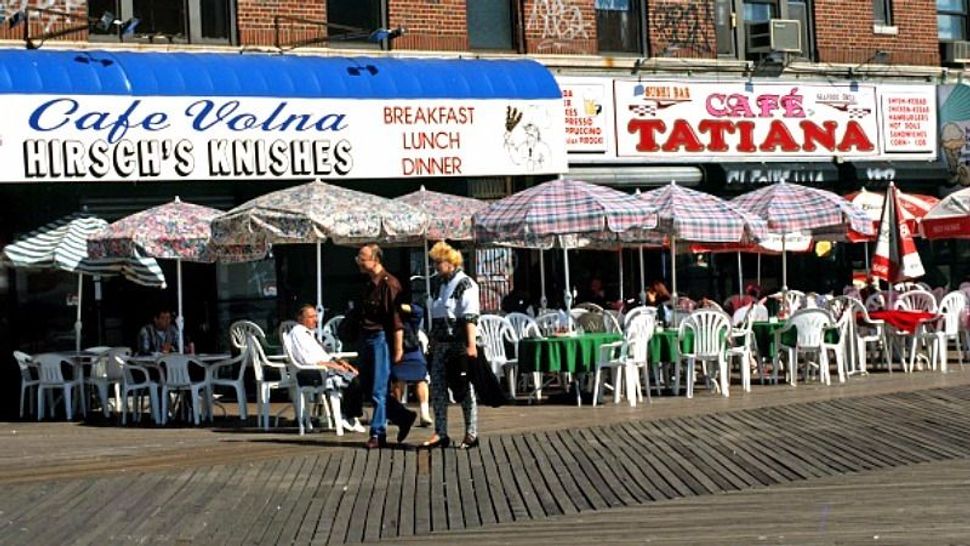 The Brighton Beach boardwalk is lined with non-kosher Russian restaurants, though the area has a large Russian-Jewish population. Image by iStock

I recently stood in line with more than a thousand Russian Jews, waiting for sushi — the highlight of Saturday night’s dinner at the Limmud FSU conference, which is the largest gathering of Russian-speaking Jews in North America. It was kosher sushi, of course. The other meals at the event, held at a Hilton Hotel in Westchester, which is about half an hour from New York City, were all Israeli–style: hummus, baba ghanoush and challah. 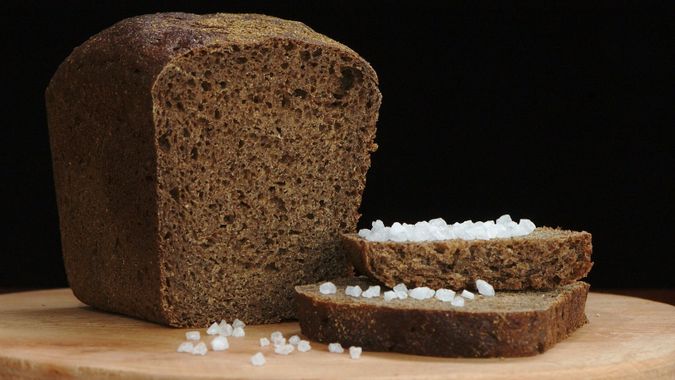 Black bread, a staple of the Russian diet, was nowhere to be found at a convention of Russian-American Jews. Image by iStock

There was no Russian rye bread, which we call “black bread.” There was no borsht, no cabbage soup, no pickle soup — no soup of any kind. There were no syrniki (cottage-cheese pancakes) at breakfast, there was no kasha, and there were no dumplings stuffed with cherries. Worst of of all, there was no tea with sweets at the end of every meal.

“There is no Russian food, maybe because we couldn’t find kosher Russian food,” said one of the event organizers Menashe Khaimov. “We wanted to make it kosher, so that everyone would be comfortable.”

Yes, there are kosher restaurants that serve the cuisines of countries within the former Soviet Union — Bukharian (from Uzbekistan); Georgian (from Georgia); and Baku ( Azerbaijan). But the Jews from those places have quite a different culinary tradition from the Jews of Russia and Ukraine. Some of those restaurants do have a couple of Russian items on the menu — borscht, for example — but the food leans heavily toward Central Asian dishes.” 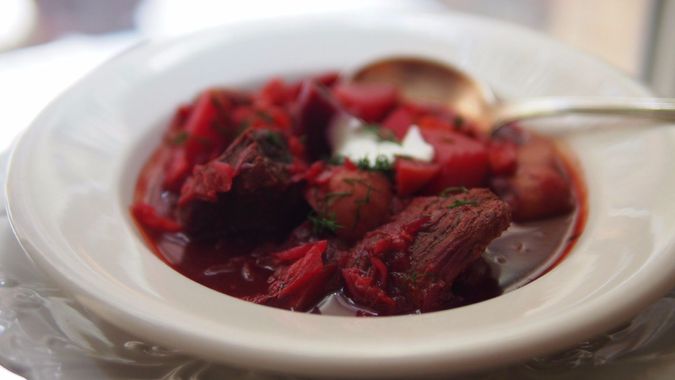 How is it that a city like New York would not have a kosher Russian restaurant? “I don’t think anyone ever thought about opening one,” said Yuri Uspensky, the manager of the National Restaurant and Night Club, a Russian restaurant on Brighton Beach. His wife and children are Jewish, he said. “There used to be kosher fish stores (in the neighborhood), but they all closed down because people who come from the USSR never cared about kosher food. If the kosher fish stores closed, what’s the point of opening a kosher restaurant?”

“Kosher restaurants exist where people need them. I guess Russian Jews don’t need kosher,” said Yaakov Ryvkin, the general manager of the Onegin Russian restaurant who admitted that he is Jewish although he doesn’t keep kosher.

Besides, he said, Russian cuisine wouldn’t work well if it was made kosher.

Take for instance pelmeni, Russian dumplings that are eaten with sour cream. The meat inside them is usually a mix of pork and beef. 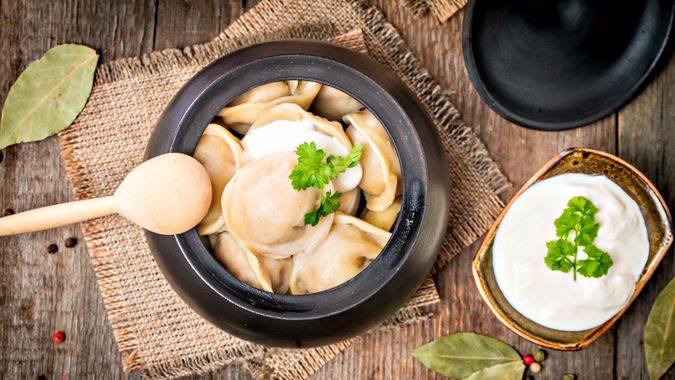 “Kosher pelmeni would not just be pelmeni without sour cream. It would mean different dough, and different meat,” said the owner of Caspiy, who did not want to give his name. “In the end, it wouldn’t be pelmeni.” (I disagree. I looked up how to make pelmeni dough, and it’s just water, flour and salt. Pelmeni can be made with ground chicken. Also, we can stuff the dumplings with potatoes and onions, or with cherries.)

Other Russian-Jewish businessmen said that the reason they haven’t made their restaurant kosher is due to financial constraints.

“We considered opening a kosher restaurant, but we’d have to close on Saturday, and Saturday is the biggest and most profitable night,” said Elena, who answered the phone at Crystal, a Russian restaurant in Boston. She did not give her last name.

Alexander, a Russian-speaking Jew who owns Romanoff, which he described as one of the largest Russian restaurants in Brooklyn, also said that the problem is financial.

According to Alexander, there is actually a lot of demand for kosher Russian food from people who want to organize weddings, bar mitzvahs and other functions in his restaurant, and the local synagogue rents out the space for Rosh Hashanna and Pesach. However, because the restaurant can’t provide kosher meals, they order the food elsewhere.

Personally, I think there are no kosher Russian restaurants here because Russians hadn’t succeeded in marketing their cuisine outside of the Russian-speaking community. Religious Ashkenazi Jews, whose ancestors came from the Russian Empire, aren’t interested in Russian food. They are more interested in sushi and pizza. And that, I think, is unfortunate.