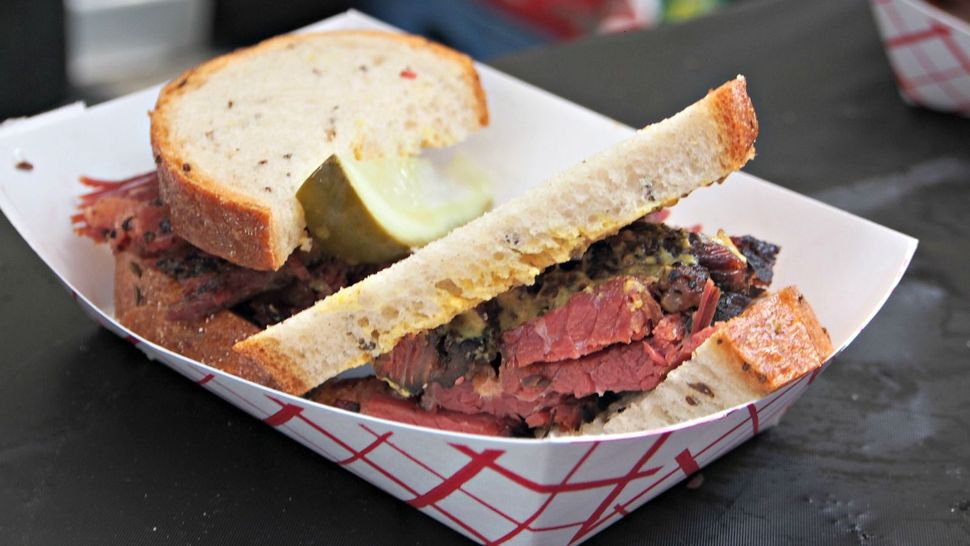 Father’s Day this year just got a little tastier.

This Sunday, June 18, the Workmen’s Circle, a stalwart purveyor of progressive Jewish culture, is hosting the Fourth Annual Taste of Jewish Culture Street Festival, which will feature 30 vendors including Mile End, Kossar’s Bagels and Bialys, Breads Bakery and Destination Dumplings.

The theme for the festival is, “Diversity is Delicious,” showcasing immigrant contributions to Jewish cuisine. Ann Toback, Executive Director of the Workmen’s Circle, explained, “This year we have seen our immigrant community under attack. Part of our response is to use our festival as a showcase for the true multi-cultural flavor of New York City.”

In addition, vendors representing various countries around the world will showcase their unique ethnic spin on traditional Jewish fare; like Indian-style potato latkes from Mysttik Masaala, beer-battered Reuben fish tacos from Harlem Seafood Soul and matzo ball soup dumplings from Krafted By Karli. If ethnic food isn’t your thing, there will also be modern (read: fancy) takes on old-world Jewish dishes. And while most of the food won’t be kosher and Marani Georgian Restaurant.

Taking place on Sixth Avenue between 48th and 49th streets, the festival will also have music by Frank London’s Klezmer Brass All-Stars and the Klezmer-rock band, Golem. Other activities include dancing, arts and crafts and cooking demonstrations in Yiddish. And dads who stop by get a special treat: free egg creams and pickle pops (yes, you read that right: dill pickles on a stick).