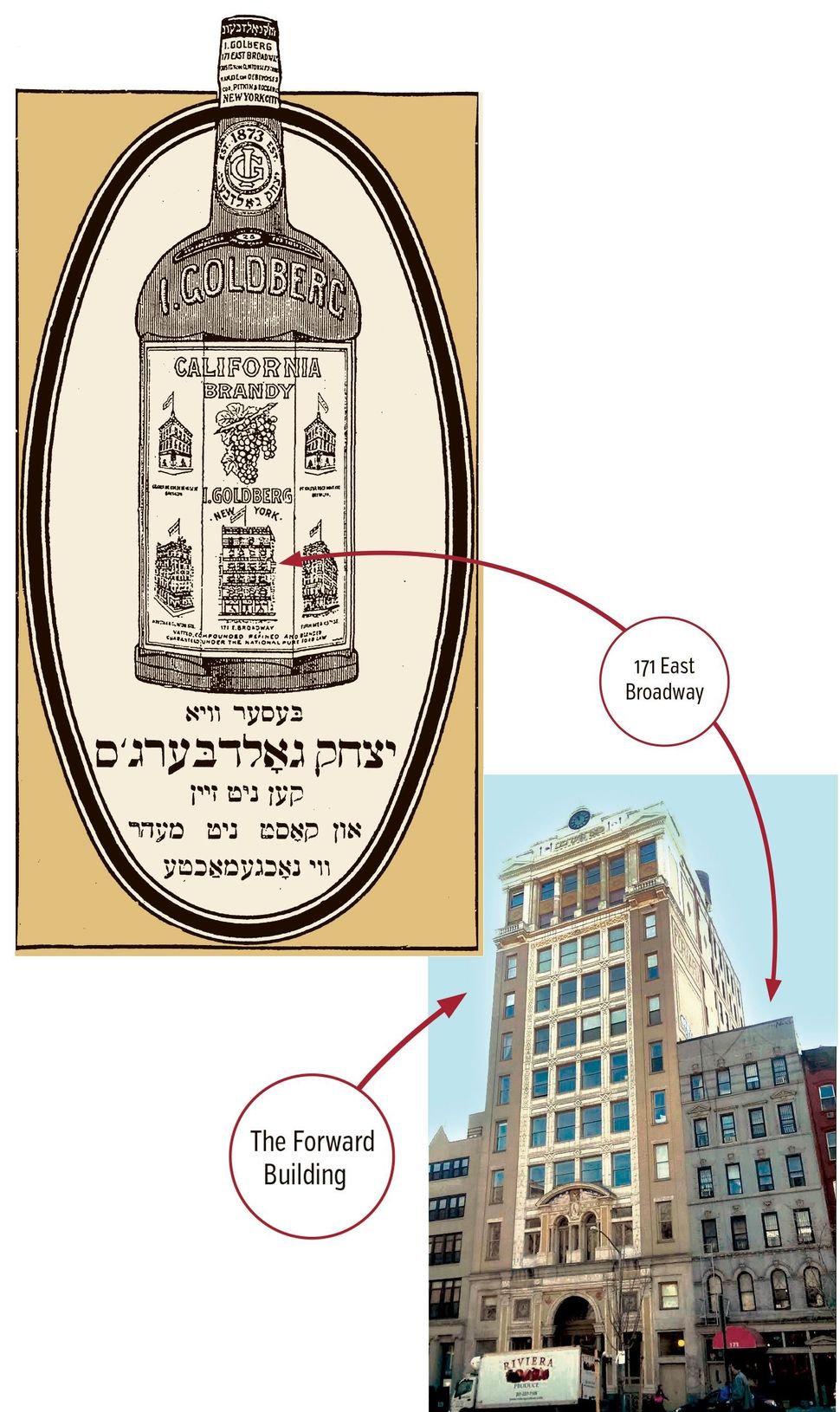 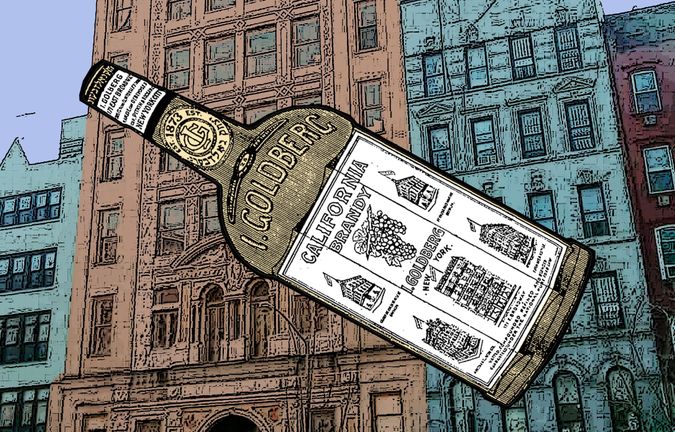 Mission Chinese Food doesn’t stand on ceremony. Because Mission Chinese Food — at least the one in the heart of Manhattan’s Lower East Side — doesn’t need to. When I was there with a friend recently, we put down our names for a table for two. It would be a five-hour wait, we were told. “Give us a cell number to call you.”

But MCFNY, Danny Bowien’s San Francisco import, isn’t the first successful Californian resident of 171 East Broadway. In November 1913, the Forward ran an advert for I. Goldberg, California Brandy. The illustration shows a bottle with a label portraying five buildings around a succulent bunch of grapes.

Presumably the five are the flagship buildings of I. Goldberg around the nation, but the main, featured building in the bottom center is 171 East Broadway. On one side of Goldberg’s headquarters was the building where, 40 years later, Isaac Bashevis Singer would hold court nearby at the Garden Cafeteria. At the time of the advert, the Forward’s new building had recently been completed at 175 East Broadway. I imagine our old ad sales representatives immediately spreading out to the neighbors to get them to open accounts.

Most of the label is in English, but the advert is in Yiddish. From the ad copy, it’s clear that the “I” stands for Yitzchok, whose brandy, the label assures the reader, cannot be bettered. And for frugal consumers, the label provides further reassurance that this nonpareil quality “costs no more than imitators.”

As far as I can tell, Goldberg’s California Brandy no longer exists. It was probably one of the many casualties of Prohibition. Still in evidence, though, is the facade of the block featured on its label. It’s an architectural palimpsest, stretching from the Forward building across Mission Chinese Food to the former location of the Garden Cafeteria, at 165 East Broadway.

The legal record from 1916 shows that I. Goldberg was fined for shipping to Connecticut brandy that had been adulterated with neutral spirits and food coloring. These days, the fine of $25 would barely buy you an appetizer at MCFNY. To get a sense of how MCFNY has kept East Broadway one of the hottest locations in the city, you might have to update that fine to its equivalent 2017 spending power — $586. Just remember to reserve early. 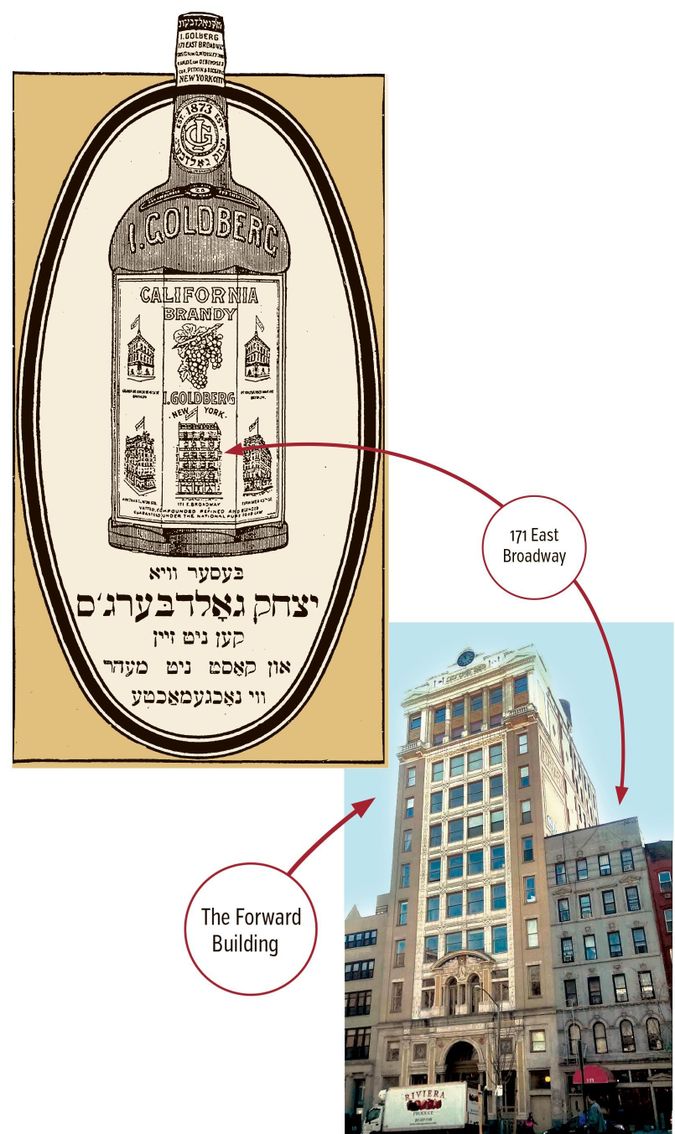