How A Korean-Jewish Entrepreneur Uses Food To Empower Immigrants 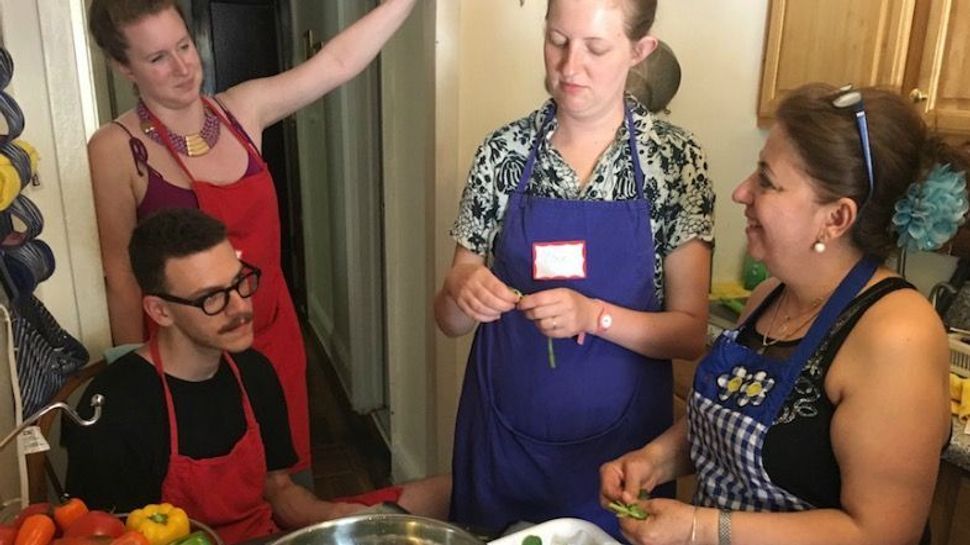 (JTA) — Several times a month Jeanette Chawki welcomes a handful of strangers into her Brooklyn home. There, the visitors learn about life in her native Lebanon, talk about their own backgrounds, and eat food — lots of it. Among the dishes visitors tried on a recent Saturday include freshly baked cheese-stuffed bread, tangy labneh with zaatar, chopped fattoush salad topped with fried pita bread and smoky babaganoush.

Chawki, a mother of three who moved to the United States in 2006, is one of nine instructors employed by the League of Kitchens, a New York-based business that offers cooking workshops taught by immigrant cooks.

She hopes that people come away from her class both with the ability to cook at least one new dish — and a greater awareness of Lebanese culture.

“I want [them] to know how Lebanese people are very generous, very friendly. I want to explain how we have [such a] wonderful country, it’s very nice, very good place to visit, and I would like to explain more about our food,” Chawki said.

The League of Kitchens, whose name is a play on the League of Nations, was itself inspired by a family’s unique immigration story: Founder Lisa Gross’ father’s family is of Hungarian Jewish heritage and moved to the United States in the late 19th and early 20th centuries, while her mother emigrated from Korea in her 20s.

“The fact that I grew up moving between two cultures — moving between American Jewish culture and Korean culture — also underlies this whole project. That gave me a certain comfort and understanding how to move between cultures, and connect between cultures, and that’s really what we’re doing here, creating these opportunities for cross-cultural learning and exchange,” Gross told JTA.

Gross, who founded the business in 2014, said providing ways for people to interact with immigrants has taken on an added significance following the election of Donald Trump, who campaigned on a promise to build a wall on the border with Mexico and restrict Muslims from traveling to the U.S.

“An interesting side effect of the election has been a growth of interest in our business. I think people feel like not only is this a cool and fun experience, but it’s taken on political significance of supporting a company that is very much about recognizing and celebrating immigrants,” Gross said.

Workshops are taught by instructors from countries including Nepal, Mexico and Afghanistan, cost between $110 and $175 per person and run between two and a half to five and a half hours. Instructors receive 40-50 hours of paid training prior to teaching, are paid $25 per hour for the workshops, including preparation and clean up, and are compensated for ingredients. 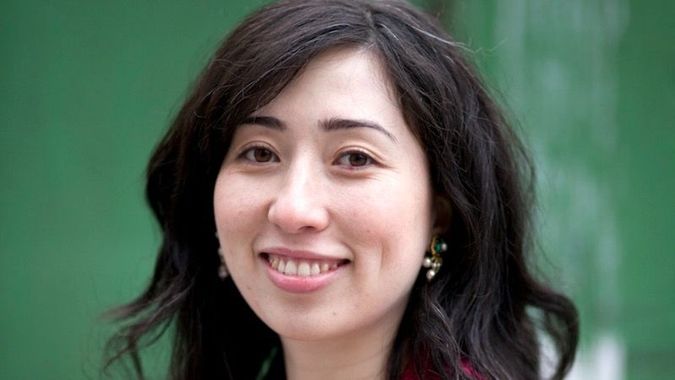 “I could really see and understand the immigrant experience in very personal way,” said Gross, 35, a former food writer who founded the urban agriculture project Boston Tree Party. “It’s so clear to me how much our country is built by immigrants, and the immigrants who come here bring so much expertise, energy and passion, and they contribute so much to our culture and society and to our food culture — American food is immigrant food.”

During her childhood in Washington, D.C., Gross felt like “both insider and outsider in two cultures.”

“There was a little bit of a feeling of ‘I don’t really fit totally in either one,’” she said. “Obviously within a typical Ashkenazi American Jewish community, I look a little Asian — that’s become more and more common, especially for younger kids, but for my generation [it wasn’t]. I definitely didn’t fit into the Korean/Korean American community, which in a lot of ways is very homogeneous and also they’re Christian.”

Still, that didn’t stop Gross from being involved in the Jewish community. At the urging of her mother, who converted to Judaism prior to marrying her father, Gross attended a Jewish day school through the age of 13. And the family would go to her fathers’ parents to celebrate the holidays and eat traditional Jewish food.

Gross hopes her workshops can provide a way to reverse preconceived notions both about immigrants and chefs.

“[T]he immigrant, instead of being the displaced person in the inferior position, in this situation the immigrant is the teacher, the expert, the host, and they are people with incredible knowledge and expertise, and the students are really excited to learn from them and to hear their stories,” Gross said.

And though it wasn’t intentional, all League of Kitchens instructors are women.

“In our contemporary food media landscape, so often it’s the white male celebrity chef who is recognized and celebrated, when most cooking around the world is done by women. And here are women who are immigrant women, who people might pass them and not think twice, but they have something really special to share. Creating a way for them to share that is really exciting,” she said.

Chawki, who has worked for League of Kitchens since its launch, said she has had people visiting from around the United States and the world — including England, Canada, Switzerland — to attend her workshops.

“People are coming from different countries, faraway, just to eat my food, to have class with me. This really mean[s something] to me,” Chawki said.

How A Korean-Jewish Entrepreneur Uses Food To Empower Immigrants