Bread and Bakers Rising Together 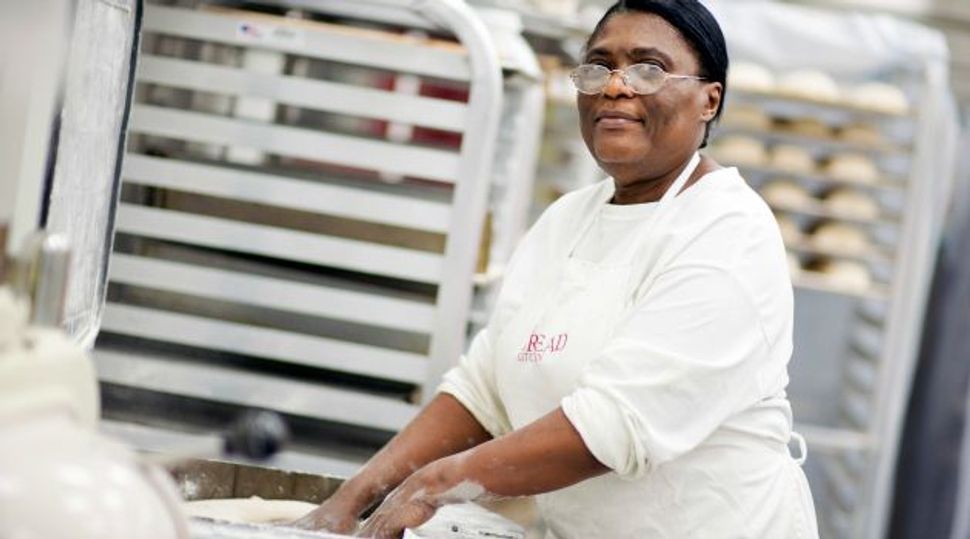 Baker on the Rise: Most employees graduate to jobs at other bakeries. Courtesy of Hot Bread Kitchen Staff.

The week before Rosh Hashanah, inside a low-slung East Harlem building under elevated rail tracks, a crew of women will quietly mix, knead, shape and bake challahs in an immaculate kitchen.

Their dough will yield thousands of challahs — traditional, dark whole-wheat and sweet honey-raisin — along with a holiday loaf infused with caraway and anise and swirled into an elegant turban.

There’s another delicious twist: All of the women are immigrants. Almost none of them had professional baking experience before joining the bakery. And every loaf they produce will fund their own English-language instruction, tutoring in business skills — and economic security.

Welcome to Hot Bread Kitchen, the only bakery in New York where the workers rise along with the dough.

A culinary twist on the long-standing Jewish tradition of aiding immigrants, the operation plows profits from its hugely successful wholesale and retail operations into educating its workforce of newcomers.

“In most parts of the world, women bake bread. But in the U.S. and Europe, men get the good jobs in bakeries,” says Jessamyn Rodriguez, Hot Bread Kitchen’s founder and CEO. “We’re trying to turn that inequity on its head and create ladders to the baking industry.”

The High Holidays are a frantically busy time for the bakery. Challah production ramps up 80% the week before Rosh Hashanah, Rodriguez said. Only the weeks before Christmas are busier. “Many of our bakers hadn’t even heard of challah before they got here, but it’s now one of the most popular breads for our bakers to order for themselves,” she said.

The magic challah recipe — and the thinking behind the bakery itself — came from Rodriguez’s parents, Toronto teachers who were active in the civil-rights and anti-war movements of the 1960s.Being Jewish has given me the values behind Hot Bread Kitchen,” Rodriguez said. “I grew up with an ethos of social justice.”

When a teaching job took the family to rural Ontario, where there were few Jewish families, “my mother made challah every Friday afternoon to stay connected. I think the recipe came from an old hippie cookbook she had,” Rodriguez laughed. “The first bread I ever baked with my mother was that challah.” Rodriguez still bakes her mother’s challah every Friday for her husband, Sotheby’s wine expert Eli Rodriguez, and their two children. 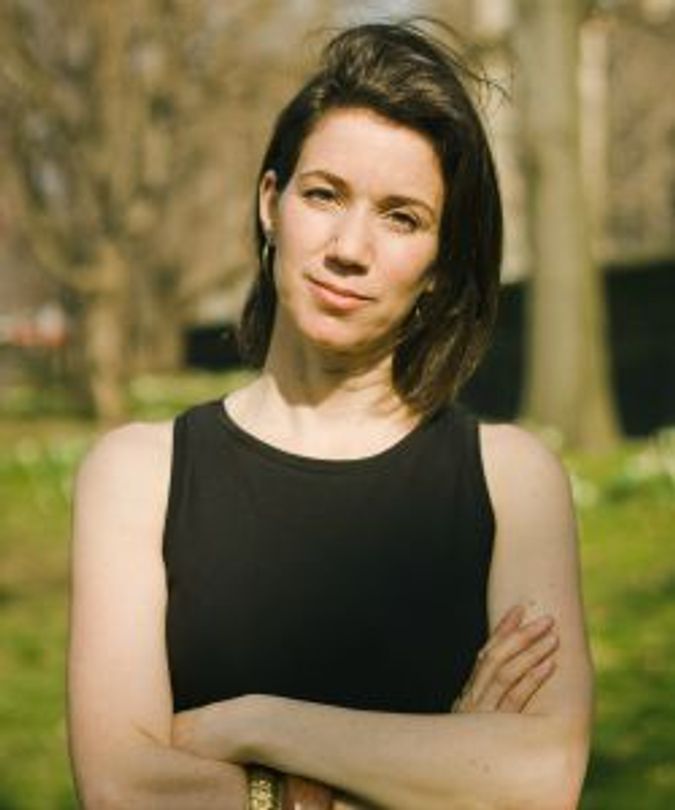 For large-scale production, Rodriguez had to adapt the recipe for a commercial kitchen. “We’ve iterated it numerous times over the years,” she said. “We use pre-fermented dough, which is different from home baking. Normally it’s about 18 hours before someone eats the bread we produce, and pre-fermented dough gives the challah more durability and flavor.” Professional baking came late to Rodriguez. Armed with a master’s in public administration from Columbia University, she had been studying the effects of immigration across Latin America for non-profits like the United Nations Development Program in the late 1990s when she began getting restless.

The analytical nature of the work left her cold; she wanted to create change, not just write about it. Since bread was in her blood — her grandfather was a baker in Toronto — one idea was a not-for-profit bakery whose wares would support its workers. But she realized she’d need to learn baking herself to make it happen.

Two years and a master-baking certificate later, she landed an apprenticeship at Manhattan’s revered three-Michelin-starred restaurant Daniel. Her skills so impressed head baker Mark Fiorentino that Rodriguez became the first woman hired to work in its back of house.

The limited-edition Sephardic challah that Hot Bread Kitchen produces around the High Holy Days is based on a recipe Rodriguez developed at the haute eatery.

“I learned one of the things that makes challah challah is that it’s distinct from other breads,” she said. “In the Sephardic tradition, challah is sometimes made with spices instead of conventional ingredients like eggs.” Hot Bread Kitchen’s version spikes the bread with sweet heat from anise and caraway, along with sesame seeds; it’s become one of the bakery’s biggest seasonal sellers.

With a handful of women in the kitchen of her Brooklyn brownstone she finally launched Hot Bread Kitchen — while still toiling at Daniel — in 2007. The nascent bakery offered five varieties of bread through a single stall at a Harlem farmers market. Her not-for-profit baking operation got so busy that she quit her daytime gig in 2009.

On a recent Monday, the bakery was hushed as bakers, surrounding a counter, rolled out and shaped dough for multigrain loaves and squares. Yellow buckets of sunflower seeds, peanuts, almonds, flaxseeds, cumin and pecans occupied one corner, with bags of flour and oats in another.

A massive commercial mixer kneaded dough that would become challah, while a machine across the room divided multigrain dough into neat squares for baking. In a sweltering adjacent chamber, convection ovens transformed dough into bread, which cools on racks nearby before getting packaged and shipped.

Next to the baking room, a conference table doubles as a classroom for workers; it’s encircled by bookshelves that hold neatly labeled notebooks for each pupil, along with textbooks like “English for Food Businesses.”

Classes, 60 or 90 minutes long, are part of the bakery’s paid workday. Some staff sit through classes in full baking regalia, still dusted with flour, before popping back into the bakery to make more bread. A blackboard overhead touts a Hot Bread Kitchen “core value” like “strive for self-sufficiency” and “dignity and respect”.

Most of Hot Bread Kitchen’s employees have graduated into jobs at other bakeries, Rodriguez said. “They want to get jobs with the potential for benefits and all the securities that come with it,” she said.

Hot Bread Kitchen’s 30 workers hail from 19 countries, including Bangladesh, Morocco, Haiti and Pakistan. “Our goal is to be as diverse as New York City,” Rodriguez says. “There’s something really beautiful about women from around the world baking together.”

Along with its bakery, Hot Bread Kitchen operates an incubator for other food startups, renting a separate commercial kitchen for below-market rates to more than 45 businesses. The incubator has become so successful on its own that Rodriguez will move it to a second La Marqueta building next month; Hot Bread Kitchen’s fast-growing bakery operations, desperately in need of expansion, will take over the incubator space, nearly doubling its footprint.

No matter how big the bakery gets — “we’ve had double-digit growth, year over year,” Rodriguez said — it’s sticking with bread as its trademark.

“We get asked all the time why don’t we do cookies or cakes,” she said. “We’ve been successful because we’ve focused on breads. Bread is powerful.”

Bread and Bakers Rising Together