Happy New Year… For The Animals? 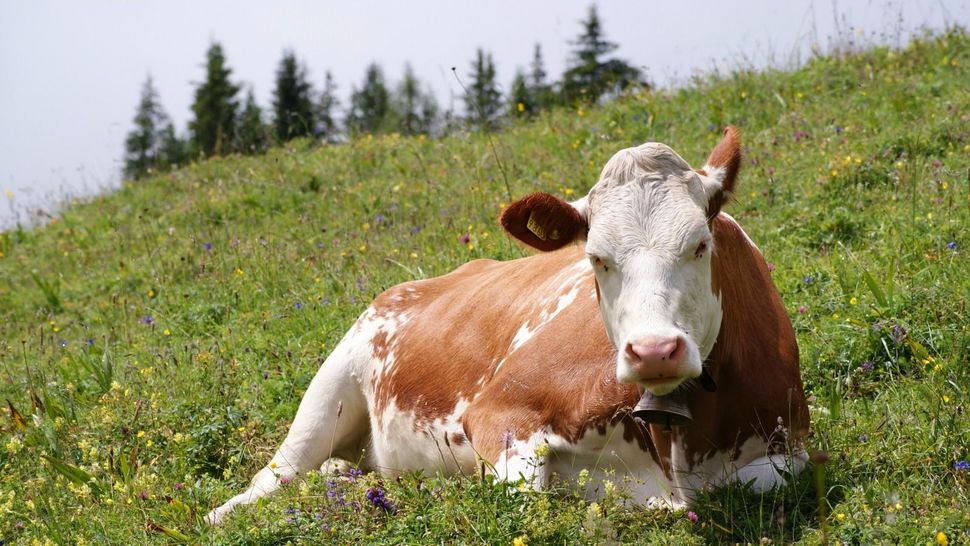 I am a lifelong animal lover, and have long known that Judaism calls upon us to care for the physical and emotional well being of animals. But it was only recently that I discovered that Judaism has a holiday dedicated to celebrating animals.

Rosh Hashanah La’Behemot, the first of the Hebrew month Elul, marked the beginning of the tithing, or taxing of domesticated animals when the holy Temple stood in Jerusalem. This year, the holiday begins on the evening of August 22, and goes through August 23. While animal tithing is no longer practiced, the holiday still calls on us to account for the souls that both depend on humans for survival and are necessary to support human lifestyles.

Tu B’Shvat, also known as The New Year for The Trees, is a rightfully celebrated holiday that allows us to reflect on the significance of trees and the importance of their conservation. Why is Tu B’Shvat so well-known and observed, while Rosh Hashanah La’Behemot is unknown in the Jewish world?

It is time to recognize and observe this holiday — now more than ever.

Rosh Hashanah La’Behemot is a great time to reflect upon the joy our loyal family pets provide. But why not also use the special holiday as a chance to consider the animals we most often forget? Rosh Hashanah La’Behemot is an ideal time to reflect upon the many indirect relationships we all have with domesticated animals. Around the world, animals used to produce food and other products suffer on factory farms where they are treated as units of production rather than as sentient beings. On these factory farms, animals live in unhealthy, cramped conditions where they can’t behave naturally, and some are given dangerous growth hormones and antibiotics. As Jews, we have a responsibility to promote animal welfare and use our voices to speak for those who cannot speak for themselves.

The Talmud, in tractate Bava Metzi’a 32a, introduces the core Jewish value of tza’ar ba’alei chayim (literally, “[do not cause unnecessary] suffering to living beings”). As Jews, the moral imperative of tza’ar ba’alei chayim calls upon us to provide care for the physical and emotional well-being of all animals. However, we live in a world with a large and growing human population and high demands for meat and other animal products.

Over 99% of farm animals in the U.S. are raised on factory farms that sacrifice animal welfare to maximize profits, including the farms that produce most kosher meat. There is a widespread misconception that conventional kosher meat production is more ethical than its non-kosher equivalent.

Unfortunately, animals raised to produce kosher meat and other animal products are most often raised in factory farms in the same terrible conditions as those raised for non-kosher animal products. Additionally, some kosher beef (as well as non-kosher beef) is produced using the gruesome shackle and hoist method, which involves cows being chained and pulled into the air by one of their hind legs, and then dropped to the ground to bleed out after their throats are slit while hanging in the air. While this practice is illegal in the United States, we import meat from areas where it’s a popular slaughter method, and some kosher certifications allow it.

Some slaughterers first stun animals, knocking them unconscious, to reduce the stress of the slaughter. Stunning animals is a major priority amongst those advocating for animal welfare. But according to the laws of kashrut, animals cannot be stunned before slaughter, so they bear the full pain of the shackle and hoist method.

It’s nearly impossible for consumers to find pictures or videos of how their conventionally raised meat is produced? That’s because meat producers work tirelessly to ensure that laws are in place to prevent consumers from seeing the abuse that takes place in their facilities. Meat producers know that if their consumers had access to such footage, the modern meat industry would lose business.

I, along with a growing number of people, find that eating meat produced in the modern meat industry, kosher or not, goes against Jewish values. Before I learned about the unethical treatment of animals in the modern food industry, the phrase “ignorance is bliss” resonated with my feelings toward thinking about where my food came from. However, animals can no longer afford for me, or anyone else, to turn a blind eye to their treatment. While the way in which our food is raised is not the most comfortable topic to consider and discuss, it is important for us to remind ourselves that our food choices have consequences.

How are you going to celebrate Rosh Hashanah La’Behemot this year? One great way is to host a vegan Shabbat dinner the week of Rosh Hashanah La’Behemot! Provide delicious plant-based meat alternatives to show people that higher welfare options are available and delicious. During the meal, hold a discussion regarding the connection between Jewish values and animal welfare. Showing your friends and family that a Shabbat meal can be delicious and cruelty-free is a perfect way to start conversing about the importance of looking out for animals. You will definitely get your guests thinking about the deep connection between animal welfare, Jewish values, and what is on your plate. While eating a plant-based diet is the best way to promote the highest form of welfare, if your guests are not willing to give up meat and are looking for kosher producers, let them know it’s best to purchase from select producers that are working to provide higher welfare kosher animal products.

Rosh Hashanah La’Behemot is needed now more than ever to provide us with the guidance to start this important conversation about how our food is raised. It is time to address and improve upon the treatment of the animals whom Judaism calls upon us to care for. Now start a conversation and be a voice for animals on this upcoming holiday and every day!

Natalie Warhit is a summer intern at Hazon. She is a junior studying Philosophy and Sustainability Studies at Muhlenberg College.

Happy New Year… For The Animals?