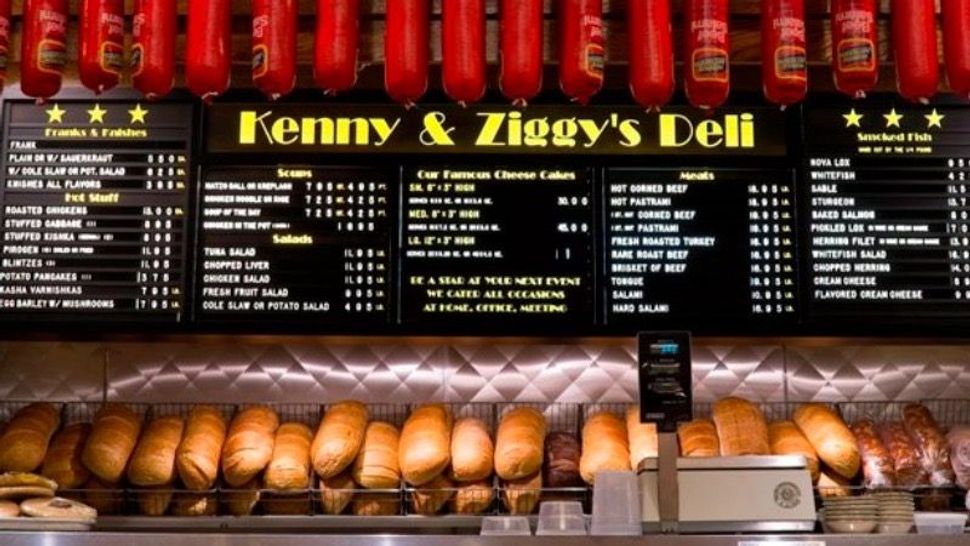 It seems nothing short of miraculous, but Kenny & Ziggy’s, the beloved Houston deli immortalized in the 2015 film “Deli Man,” has emerged from Hurricane Harvey unscathed.

“I’m one of the lucky and fortunate ones,” Ziggy Gruber, the deli’s indefatigable owner, told the Forward from his Houston home. “Both of our restaurants are in dry areas.”

Gruber’s residence in Upper Kirby, which is near the Jewish enclave of Meyerland, was also spared. “Even though there was flooding around me, my area did not flood at all. I camped out at home with my daughters, Isabella and Maxine, and rode out the storm.”

Meyerland itself, which Gruber called “the Jewish epicenter of Houston,” was “totally devastated,” he said. “So many of my friends whose homes have never flooded got flooded this time. Not a little water, a lot of water. Their houses are ravaged.”

With many of his regular customers braving enormous tragedy, Gruber did what a deli owner does: He comforted them with haimish Jewish food.

“We opened both stores,” he said. “There were no restaurants open anywhere. We were lucky in that respect. I got my staff together, which was not easy. People were relieved. People lost their kitchens. There was no food anywhere, and supermarkets were closed. So for them to come in and have nourishing matzo ball soup, or Hungarian goulash, was very comforting to them.”

The deli has been functioning as a de facto community hub, Gruber said. “We’ve become a home away from home for so many of them. We’re an integral part of the Jewish community, a meeting place, and where they celebrate life-cycle events,” he said. “They know my staff and my staff knows them. Even through all of this tragedy, they felt at home here.”

How did he get supplies in a city where everything seemed paralyzed? “I’m very lucky,” he said. “I have purveyors who are Yiddishe people. They went out of their way to send me a truck. We made it happen.”

But even Gruber couldn’t get Houston’s airport to accommodate his deliveries of smoked fish from Acme Smoked Fish, the Brooklyn-based purveyor. “Only emergency supplies are coming into the airport,” he said. “You have to have a sense of humor. I told Acme, for Jewish people, this is an emergency, not having Nova with their bagel. But I always have about 30 sides of Nova in the freezer, because you never know. It’ll last a few days. But people will understand.”

Gruber turned serious. “One thing I can urge is that all of us Yidlach have to stick together. No one takes care of us besides us. Anyone can help. If people around the world can contribute whatever they can, this community is really, really devastated.”

Recovery, he added, has already started. “One thing about Houston’s community is that we’re very resilient. We’re strong. And we’re very cohesive. Everyone sticks together. I’ve lived in L.A., New York and London — it’s every man for himself. Houston’s not small, but it’s small enough that everyone knows each other. We have each other’s back.”