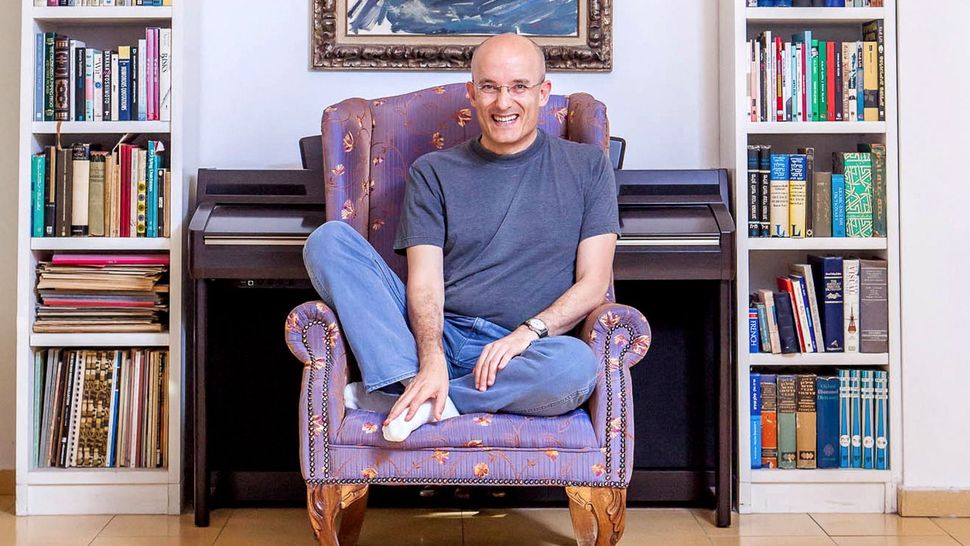 Gil Hovav spins delicious tales of his childhood, his family and the foods he grew up on in his sweet, funny memoir.

While the American food-loving public may be enamored of figures such as Bobby Flay and Martha Stewart, anyone familiar with the Israeli food scene knows about Gil Hovav. Israel’s foremost food celebrity, Hovav has been the leading “ambassador” of Israeli food around the world for over 25 years. A best-selling cookbook author, a restaurant critic and the star of several food-related television series, his charming personality and wit have made him a household name in Israel.

Despite his penchant for gastronomic curiosity, it is the humble flavors of his Jerusalem youth that continue to speak to him and that drive his desire to impart an understanding of real, unadulterated, simple Israeli cooking to the world. With this hope, Hovav penned “Candies from Heaven,” a heartwarming memoir of his childhood, just recently translated into English.

Hovav is no stranger to celebrity. His family was “royalty” of sorts, helping to shape the modern State of Israel. He is the great-grandson of Eliezer Ben-Yehuda, founder of the modern Hebrew language, grandson of Itamar Ben-Avi, a prestate journalist, and the son of Moshe and Drora Hovav. Moshe Hovav was chief news announcer and head of radio at the Israel Broadcasting Authority; Gil Hovav’s mother Drora led radio stations Reshet Bet and Reshet Gimmel. 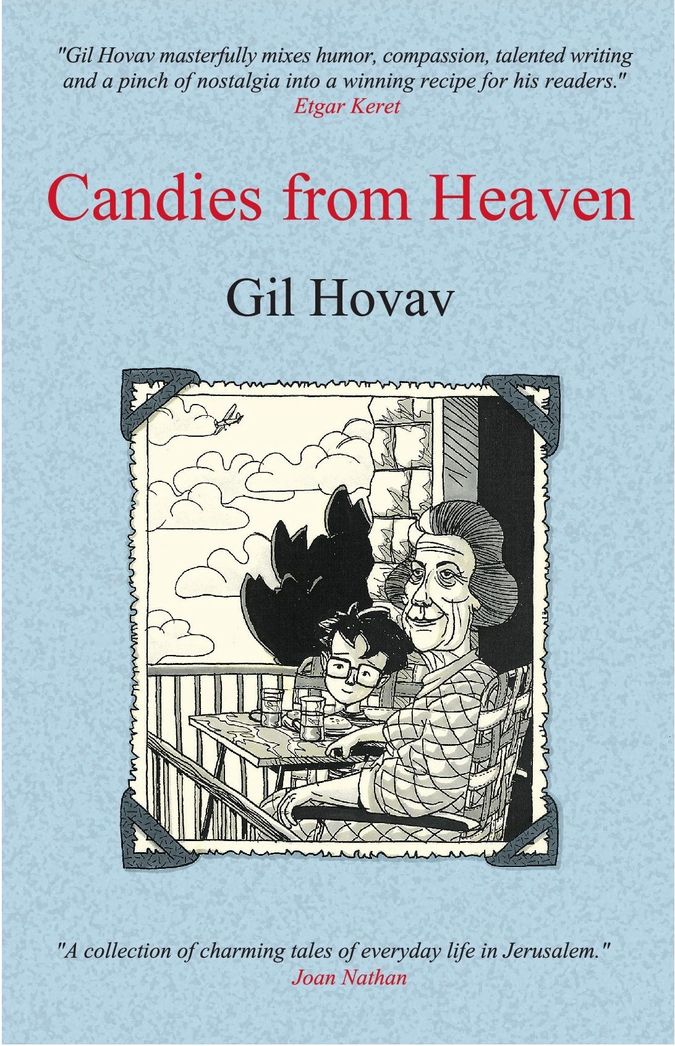 Heavily tempered with the peppery wisdom of his blunt-yet-loving Moroccan grandmother and the close-knit bonds of his father’s Yemenite family, this illustrious background became the foundation for his future success.

“The Jerusalem of my youth needed to be captured. I grew up in Jerusalem in the 60s and70s — it was very different then: The community was so much tighter and so friendly and accepting. I got so much love,” Hovav explained. “I didn’t want it to be forgotten.” That warmth, and the endearing humor of his family’s experiences, are wonderfully told through the voice of his boyish self. The reader cannot help but feel transported back to Hovav’s Mooma’s side (his Moroccan grandmother), scrubbing up in their Jerusalem apartment whether for their daily outings to shop and give charity or to receive unwanted family members (either way, scrubbing up was required!).

“Candies from Heaven” is the second of three memoirs, originally published about ten years ago and now translated by Ira Moskowitz. “I wanted to open the publication to new audiences and readership,” Hovav said of the English translation. Upon returning from India for his television series, Gil sat down to discuss the book’s new release.

Naomi Ross: After so many successful books and television shows, what made you write this memoir about your childhood?

Gil Hovav: I write prose when I get a blow in life and want to retreat to my “cave” and do something I am sure about. I wake up very early, about 4 or 5 a.m. I have a few hours to myself. I am with my relatives in my thoughts. I cry a lot — not from sadness, but from love. When I want to recharge, I write about them or cook what they cooked. This book was written following a TV show I didn’t really like — it was successful, but too commercial. For two months after, I wrote the stories. I don’t believe in inspiration; I believe in hard work. It was really good therapy.

You write about your different family members and their influence, especially your Mooma. Which family member was your biggest influence in the kitchen? How?

Both my grandmothers. My grandmother of Moroccan descent — we lived with her. I remember her dishes very well. These were the tastes of my childhood.

On the other hand, my favorite dish in the world is the kubaneh (Yemenite bread) my Yemenite grandmother would bake every week for Shabbat. My whole family — all my aunts and uncles and cousins — we all went to her house every Shabbat and ate kubaneh. This is the taste I long for, the happiest memories. It was the glue that tied a family together. The responsibility that members of a family have to each other.

You have described the food of your youth (during the austerity period) as “jail food” and yet you remember it in your book with such nostalgia. Which dishes do you continue to make today?

Many. Kubaneh. The butterfly soup in the book is a favorite. Kubebas — meat stuffed dumplings for Passover — I make it once a year. They are very difficult and time intensive…and you have to hide it from children who want to steal it. I cook like an elderly lady. It’s not TV food, not show-off food that speaks to me. Grandma food — that is what my heart is hungry for. It gives me immense satisfaction when the kitchen smells like it did in the `60s — food can do wonders.

You have had the opportunity to travel around the world tasting all different cuisines and cultural foods. How has this impacted your Israeli cooking?

I just came back from India. I ate lots of interesting foods but I don’t know if I will be making any of it at home. It’s not mine and doesn’t flow in my blood. I am a curious cook and eater and like to try to taste everything, but the simple foods of local Israeli restaurants are more likely to seep into my cooking. Lovely to experience it, though.

What traditional Hanukkah foods did you grow up eating? And what do you make today for the holiday?

We ate sufganiot (bought). Now sufganiot are a huge thing! It starts a month before and ends a month after Hanukkah! With toppings and with syringes — they look like the Voyager! We always have a Hanukkah party — it’s not so traditional, but we always serve churros with hot chocolate, especially on a cold night.

Culinary tastes and restaurants in Jerusalem have changed rapidly over the last few years, becoming more cosmopolitan. Do you think this is an enrichment to Israeli cuisine or is it diluting the authenticity of what you grew up eating?

I think it’s good. I don’t think Israel should be trapped in a ghetto of Middle Eastern cooking, as long as it is done with talent and some modesty. It is good that we have both to choose from. Ashkenaz foods have almost disappeared. Arab influences are very popular. Many restaurants are trying to reinvent the old traditions — some successful, some not. The food scene is varied — very vibrant. Israelis are very curious, mobile, and they try very hard. Every week, many new restaurants are opening and closing. It’s really fun and interesting. Lot of talent and intellect invested.

What is your next big project or goal for inspiring home cooks?

I want to cook Israeli recipes in the craziest, most exotic places in the world. I have already been doing pop-up Yemenite restaurants in different cities in the world for the past four years — New York, Beijing, Warsaw, Sidney, Berlin. Nice way of opening up people to another shade of Israel they didn’t know about. I would love to cook Yemenite food in Antarctica…it would make my grandmother happy.

Naomi Ross is a kosher cooking instructor and food writer. She teaches classes throughout the country and writes articles connecting good cooking and Jewish inspiration. Visit her website and blog at koshercookingconcepts.com and follow her on Facebook and Instagram