A Caprese Salad For The Winter Months 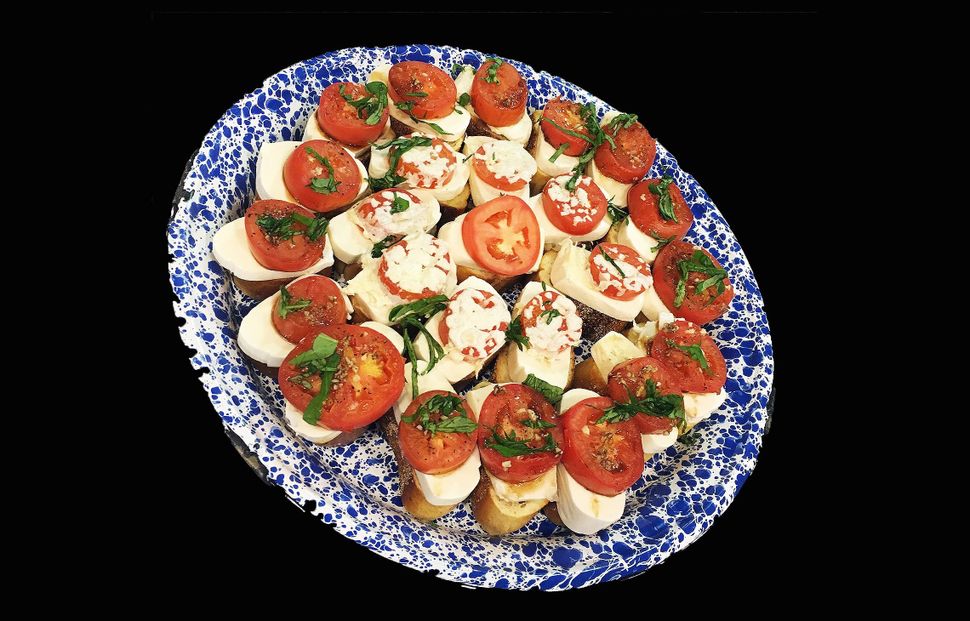 Unless you’re blessed with a budget for greenhouse-grown produce year-round, chances are that you’ll find yourself having to settle for mealy, lackluster tomatoes during the cold winter months.

But even the saddest tomatoes utterly transform after a quick roast in the oven. The sugars break down and caramelize, leaving you with a delicious sweet and tangy delight still fit (and pretty enough) for a salad. To call this a “recipe” is hardly fair — it’s more like a simple trick to save your your taste buds from the horrors of gristly winter tomatoes.

You can roast your tomatoes any way you’d like. The recipe below calls for topping with melted mozzarella, but at the suggestion of Chef Irene Yager, I made a version with minced garlic drizzled with balsamic vinegar, olive oil, salt and pepper at her Southern Italian cooking class at the Manhattan JCC.

To serve at Shabbat lunch, cook the tomatoes in advance and plate day-of. To chiffonade your basil, gather several leaves and roll tightly (like you’re rolling a joint, as one class participant remarked), then slice into thin ribbons. 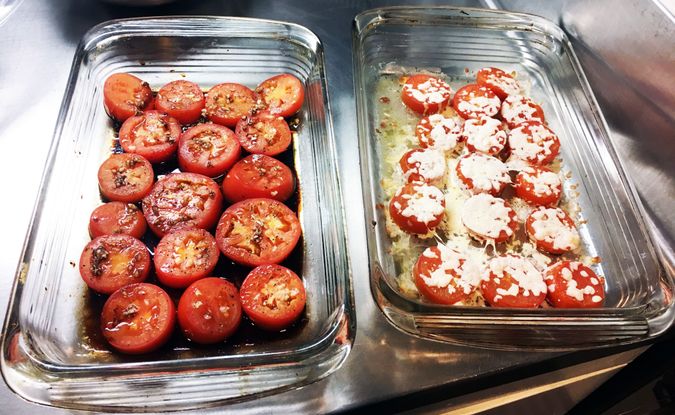 Roasting winter tomatoes allows the sugars to break down, removing the mealy taste and consistency. Image by Laura E. Adkins

1) Preheat the oven to 450˚ Fahrenheit. Spray a round glass baking dish with olive oil.

2) Place tomatoes in a single layer in the pan. Arrange sliced baguette on a separate baking sheet.

3) Top tomatoes with grated mozzarella (or olive oil and balsamic vinegar along with other spices).

5) Arrange sliced mozzarella and tomatoes atop baguette slices. Serve with a drizzle of olive oil and pinch of basil.

A Caprese Salad For The Winter Months