The Secrets To Serving A Perfect Italian-Jewish Meal 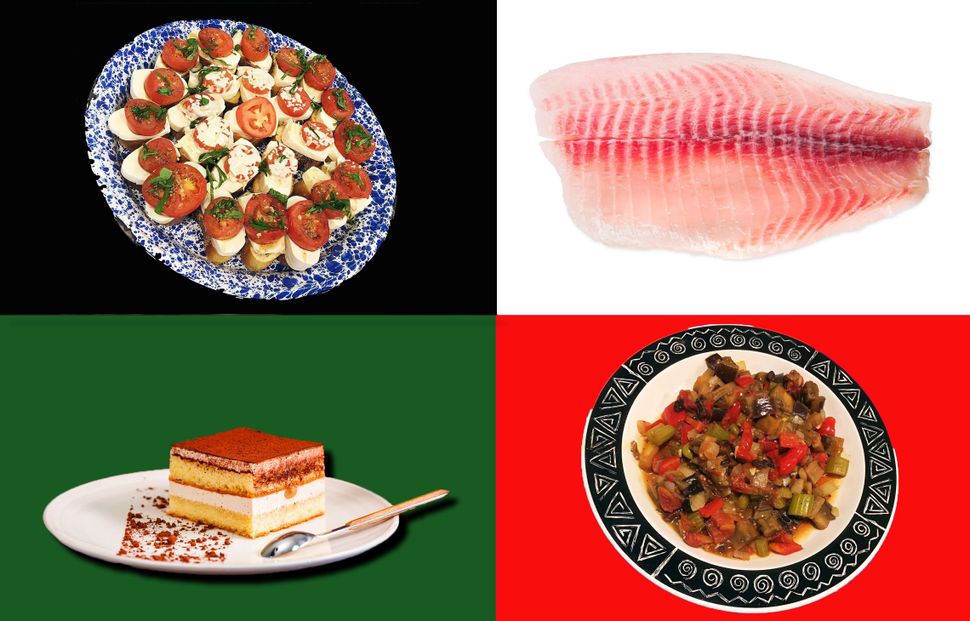 What’s the secret to creating the perfect Italian-Jewish meal? It’s really quite simple: Gather the best, freshest ingredients — the building blocks of Italian cuisine — and combine them according to your taste and a few basic guiding principles of Italian cooking — for example, letting the ingredients shine with minimal manipulation — into whatever creations you like best.

There are two common schools of thought on the preparation of regional cuisine: The first, that of the purists, fetishizes authenticity above all, striving to recreate ethnic foods exactly as they were originally served. The second school of thought, and the one that I personally hew to, is that food was meant to be shared, adapted and loved, whether across the table or across the world’s borders. In my experience, dishes are enhanced, not violated, by the unique permutations they undergo in the hands of each unique culture or person that strives to reimagine them.

Southern Italian cuisine, that of my mother’s family, was heavily influenced by Arab and Spanish imports. It is for this reason that raisins, saffron, rice and eggplant often feature prominently in Southern Italian recipes, Chef Irene Yager told me before a recent Southern Italian Jewish cooking class at the Manhattan JCC.

One such example is Caponata, aka the absolute best thing you can do with an eggplant, a sweet and tangy medley of cooked vegetables and fruits that is delicious whether served cold or hot.

Serve alongside a Caprese salad, which is both beautiful and a pinch to make — even in the months when subpar tomatoes abound.

For a delicious and light main course, select a white fish of your choice, perhaps acqua pazza style: Chef Yager recommends the combination of olives, capers, fresh basil, parsley and oregano, garlic, tomatoes, white wine and olive oil — and I can confirm that this combination is delicious. But as acqua pazza literally means crazy water, feel free to go, well, crazy with your substitutions.

If you’re a purist, finish off your Southern Italian meal with some dried fruit and nuts, like my grandparents did — but I prefer the creamy, fluffy perfection of Tiramisu, which is almost as easy to make as it is to eat.

Though technically Tiramisu was a dish created by our Northern Italian cousins, I’m sure they won’t mind if you borrow it — and I’m positive that your guests’ palates won’t, either.

The Secrets To Serving A Perfect Italian-Jewish Meal