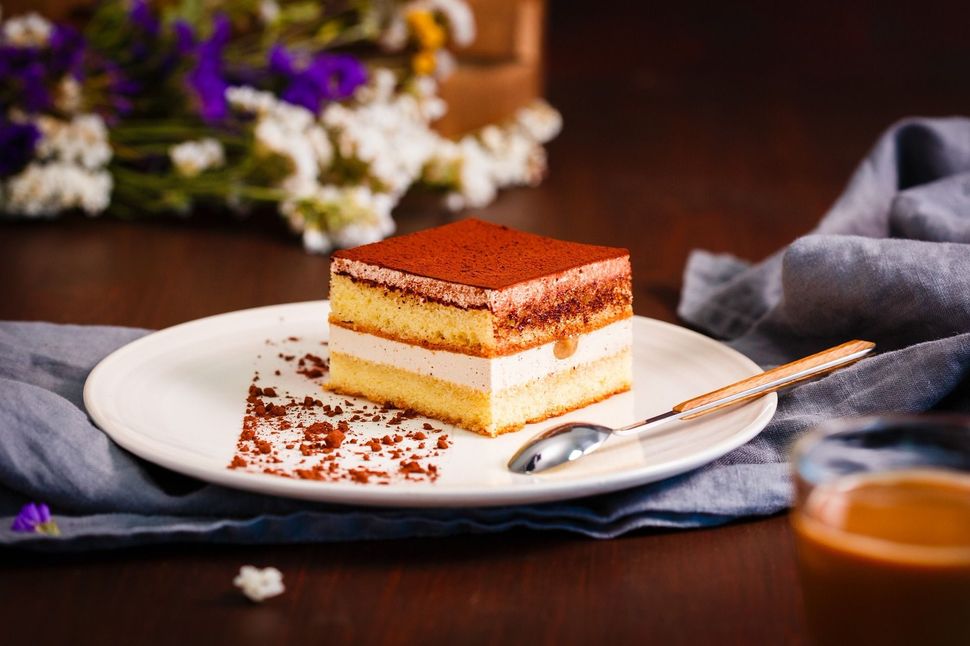 According to the Telegraph, tiramisu is the Italian word non-Italian speakers know best — after pizza, spaghetti, espresso and mozzarella. Given it’s delightful texture and taste, that’s no surprise to me. Thankfully, the delicious confection is nearly as easy to make as it is to enjoy.

Tiramisu is a modern Northern Italian dessert with hotly contested origins. But as one former Italian Minister of Agriculture once put it, “If others have copied it, that’s because it’s the best and most genuine dessert in the world.”

Traditionally made with custard, this recipe using whipped cream and mascarpone instead is much easier to prepare and store in your refrigerator overnight (or several days) without fear of consuming raw eggs, and for kosher cooks, without needing to check the eggs for blood spots before preparing. From experience, I can tell you: It tastes even better the next morning than it does freshly prepared, making it a perfect way to end a Shabbat lunch — or a sweet treat to start or end any day.

If you don’t have brandy on hand, you can substitute another alcohol such as rum or whiskey (or more coffee if you’re trying to keep it booze-free). I personally like to use Patron Café, a delightful blend of coffee and tequila that I first discovered on a trip to Panama (and later discovered it’s very easy to find in the U.S. as well).

2) Beat in 1 tablespoon brandy and vanilla until stiff peaks form.

5) Sprinkle with cocoa powder and refrigerate at least 1 hour. Remove from refrigerator about 20 minutes before serving.

Laura E. Adkins is the Forward’s deputy opinion editor. Contact her at adkins@forward.com or on Twitter, @Laura_E_Adkins.