New Chelsea Market Pita Place Draws Crowds — But Is It Any Good? 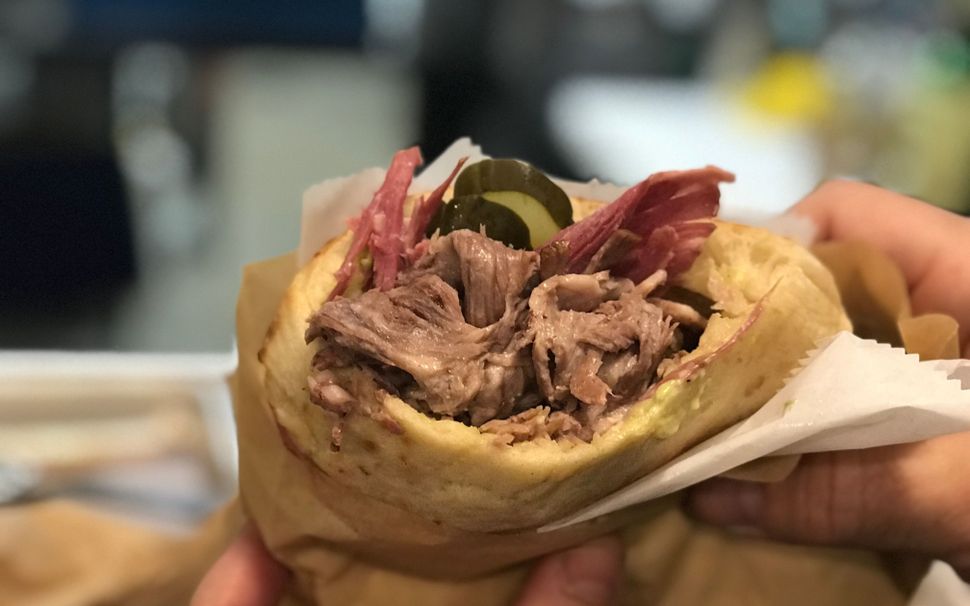 Israeli import Miznon is Chelsea Market’s hottest opening since… well, since that other eatery with Israeli roots, Michael Solomonov’s Dizengoff, debuted at the Manhattan food hall. 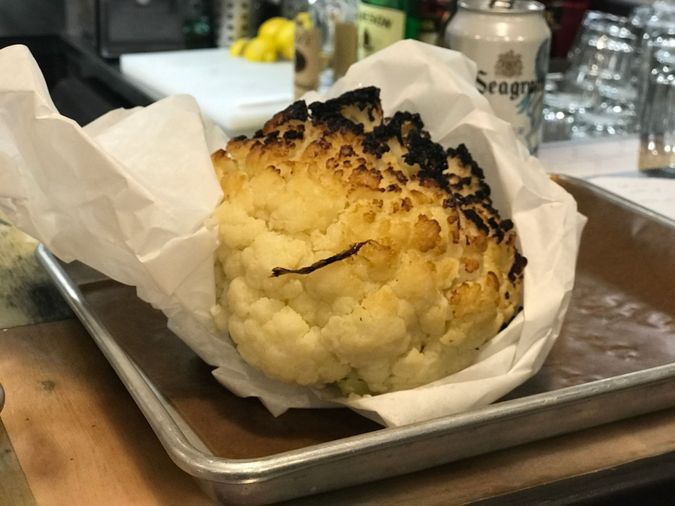 Does the roasted cauliflower deserve the hype? Image by Liza Schoenfein

The Big Apple hype around Miznon’s January launch was deafening. From Day One, long lines have snaked down Chelsea Market’s crowded hallways to reach Miznon’s long, L-shaped counter, where a brusque (but smiling) Israeli cashier takes your order and hands you a number to place on your small table or bar seat.

So should you rush to queue up? Along with Liza Schoenfein, the Forward’s fearless food editor, I decided to brave the crowds and check it out.

Let’s start with the good. Miznon’s pillowy pitas deserve the raves. They’re just chewy enough, airy and weighty, and they hold their integrity even when crammed with meat or veg in Miznon’s “sandwiches.” The best might be wild mushroom, which grills a panoply of fungi, slathers them with sour cream, amps them up with pepper and gooses them with scallions. It’s earthy, piquant, creamy and clean, all at once. 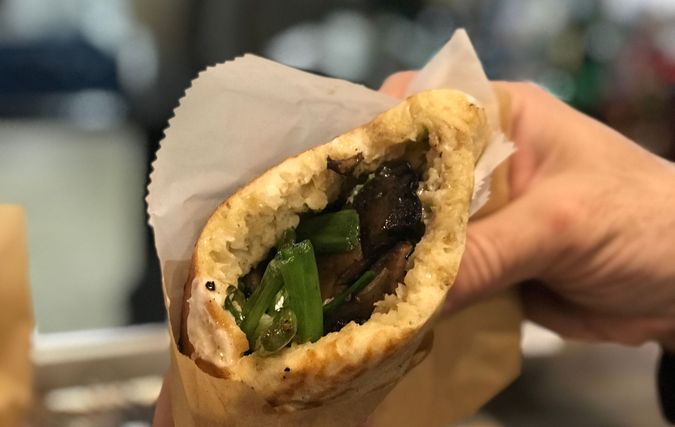 The wild mushroom pita is billed as ‘a whole forest burned on hot steal.’ Image by Liza Schoenfein

Less successful: The rest of the menu. Beef in a Reuben pita comes unseasoned and bland. It’s not helped by avocado, which deepens the package’s mushiness. Only crunchy pickles — two thin spears — provide textural relief, and a pop of flavor.

Anointed with olive oil, roasted to a picturesque char, and meltingly soft, it’s surprisingly inert. You slice off a velvety chunk, await a revelation as you pop it in your mouth, and get rewarded with a faintly salty mousse neutered of its cauliflower funk. 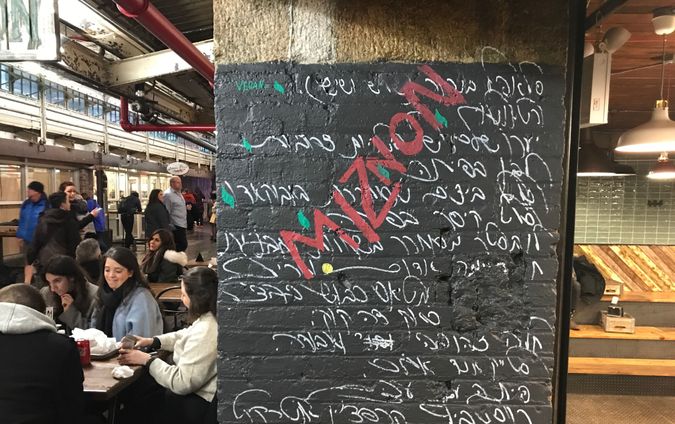 Miznon in Chelsea Market has customers queuing up down the food hall. Image by Liza Schoenfein

If you’re sensitive to noise, keep in mind that F-bomb hip-hop blares from the ceiling here, making conversation a challenge. There’s some theater in how the staff handles orders — “Sam! Sam, where are you!” cried one bearded, bandanad server in search of a take-out customer — but we’re not sure it’s enough of a distraction from the food.

Liza and I will be heading back to Chelsea Market for Israeli food again soon. But we’ll be a few doors east, at Dizengoff.

New Chelsea Market Pita Place Draws Crowds — But Is It Any Good?