3 Top Jewish Foodies Dish On The Hottest Trends For 2018 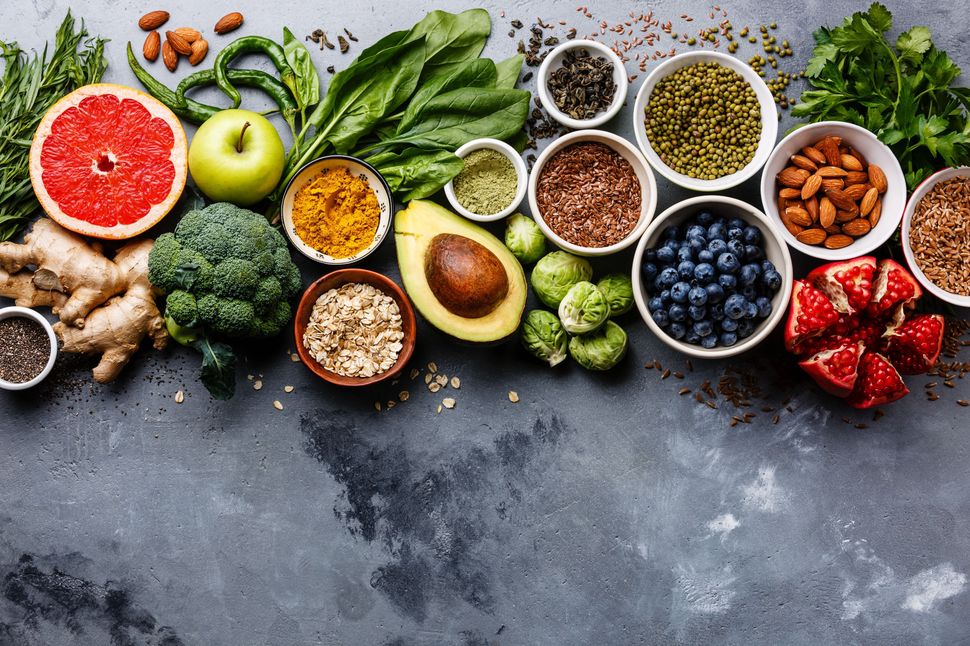 From gourmet seltzer to jackfruit and ghee, 2018 is shaping up to be an interesting year.

“I think, as a culture, we’re moving away from the “meat and potatoes” brand of eating,” Sylvia Fallas, a Brooklyn based cooking instructor and blogger, told me. “Local and seasonal vegetables are becoming the stars of our meals, and Israeli cuisine reflects this. I’m most looking forward to the the explosion of modern Israeli cuisine.”

Israeli food isn’t just the cheap 10 shekel roadside schwarma and falafel you remember. There are incredible new dishes in store.

The Salatim Course Fallas is seeing the salatim course, an Israeli tradition involving a course of a meal solely dedicated to different salads, on more and more Shabbat tables. And there’s hummus. Fallas points my attention to Meraki in Brooklyn, a hummus-oriented joint where the chickpea topping takes center stage. It is known, of course, that the bottom of a hummus bowl is the only place that the Jewish soul, that eternal wanderer, can call home. 2018 is full of savory changes but abandoning hummus, to forsake the Jewish heritage, the very essence of our being, is not on the menu – just yet.

Beyond Avocado Toast Ever since the avocado came to power, it has enjoyed a thronelike seat, presiding over lesser, less trendy foods like mangos and kiwis. The reign of the avocado continues, and it isn’t ruling over just toast and salads anymore. “Avocado toast, avocado smoothies, avocado ice cream! The world is ripe with ideas, and I just can’t wait to see what comes next,” Fallas wrote.

Kosher Vegan Meat Alternatives Dini Klein, of the catering service Dini Delivers, had a different vision of 2018. The year would be ripe with jackfruit and other vegan meat alternatives. Restaurants would be serving anything collagen-related, like bone broth or powders. No one will be able to avoid spirulina or other superfood smoothie enhancers and raw fish (especially poke, which is currently having a moment in the sun, but also crudo and sashimi) would be everywhere.

Cannabis Flavors “We’re always a few years behind the trend,” Dini wrote, but she imagines that the secular trend of cannabis-infused drinks/foods/products will be catching on in the kosher world soon enough.

Ghee According to Wikipedia, Ghee is a class of clarified butter that originated from the Indian subcontinent; and is commonly used in South Asian and Middle Eastern cuisines, traditional medicine, and religious rituals. According to Dini Klein, its unexpected health benefits are about to make it a 2018 staple.

Artisanal Breads Suri Leitner, of Spice and Zest, is probably the queen of sourdough in the kosher blogger world. Alas, she makes it look so simple:

Every family has that “one” dish they must have every shabbos on their table. My family’s shabbos meal is not complete without fresh sourdough bread.. What’s your family’s favorite shabbos food? Shabbat shalom! #familyfavorite #sourdough #wildyeast #realbread #shabbatshalom #homemadebread #feedfeed #thebakefeed #sourdoughclub #instayum #artisanbread

Kosher Charcuterie Chanie Apfelbaum, of beloved food website Busy In Brooklyn, is all about the charcuterie.

So will dinner in 2018 begin with a pre-dinner apertif of a spirulina-enriched cannabis avocado smoothie, followed by a salatim course and an Instapot meal of bone broth, substituting ghee for butter, of course? Would a gulp of gourmet seltzer then cleanse the palate in preparation for the kosher charcuterie, served with mounds of hummus and artisanal breads? Could avocado ice cream serve as a fitting finale to this avante garde feast?

_Shira Feder is a writer for the Forward. You can reach her at @theladyxf or at feder@forward.com_

3 Top Jewish Foodies Dish On The Hottest Trends For 2018