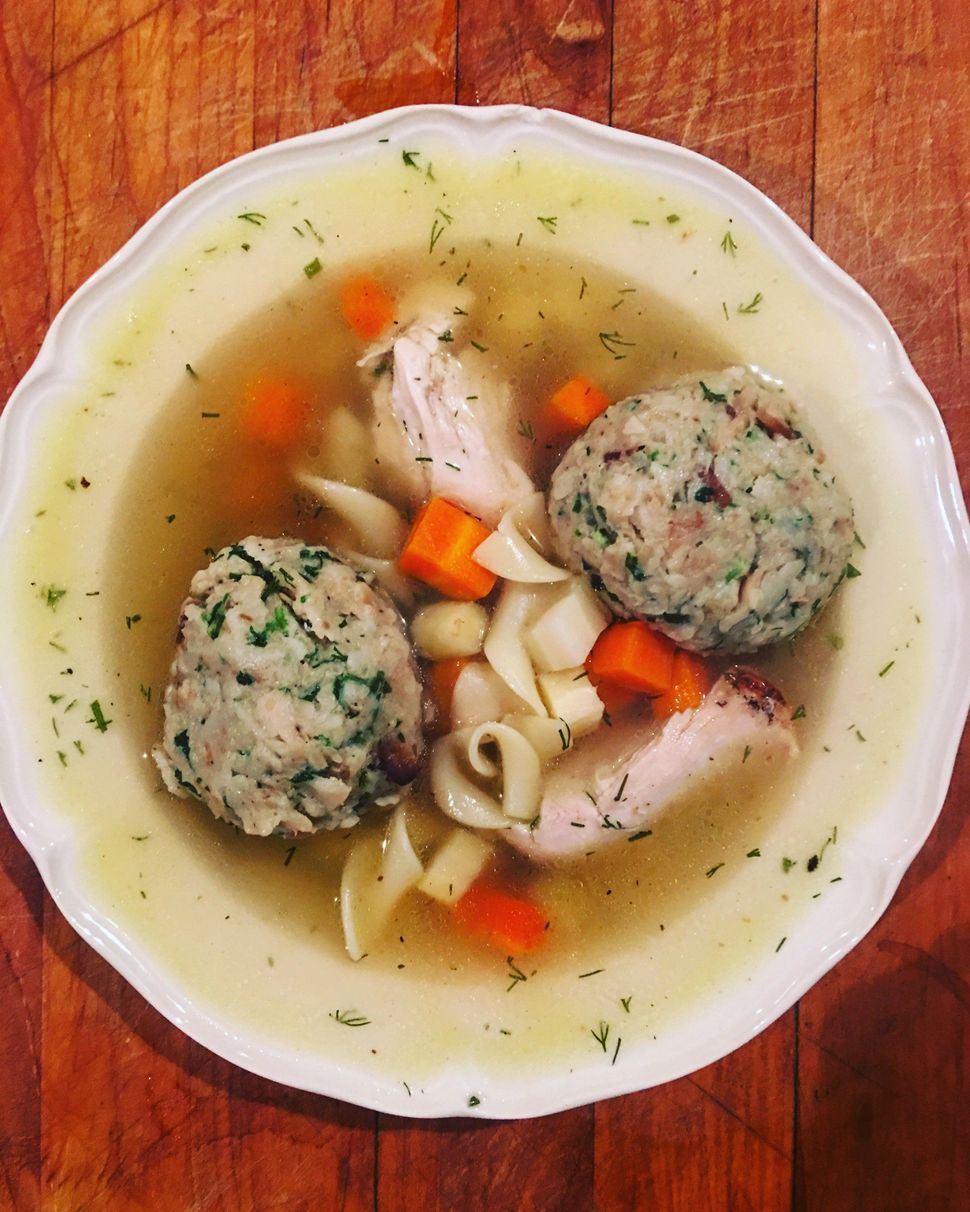 It was an unconventional announcement from an unconventional restaurateur: In an interview with CNN’s Anderson Cooper last month, Toronto’s Anthony Rose announced he was reinventing Rose & Sons, his white-hot upscale diner, as a Jewish deli.

“I have been working on something I call ‘Pastrami’,” Rose revealed. “It is kinda sorta a mix between Corned Beef and Montreal Smoked Meat. It really is the future. I feel that deli is dying, baby.”

The interview, of course, was a fantasy, shared by Rose in The Monthly Anthony, his typically loopy newsletter. But the change is real. And after closing for a week, Rose & Sons has reopened as Rose & Sons Deli with a menu that seems radical because it’s so traditional – think kishka and gravy, knishes, matzoh ball soup, and salami, along with twists like Reuben fries and poutine.

“The long and short of it? Time for a change after 5.5 years,” Rose told the Forward by e-mail. “Keep it more Jewy and add on to Schmaltz and Pasha-like cuisines.” Rose also runs Schmaltz Appetizing, a pricy but popular appetizing shop, and Fat Pasha, a perennially mobbed Middle-Eastern spot. Dinner at Fat Pasha was a highlight of the Forward’s [Jewish Canada group tour] (https://go.forward.com/canada-then-and-now/) last year.

Toronto polymath Michael Wex, who wrote about deli in Rhapsody in Schmaltz, consulted on the menu, as did ‘Save the Deli’ author David Sax. “We worked on the Pastrami recipe for six months to get it right with plenty of help from them,” Rose said. ”Delicatessen is something we always wanted to try but it’s a very very specific world to move into. And everyone has something to say.” Image by Rose and Sons