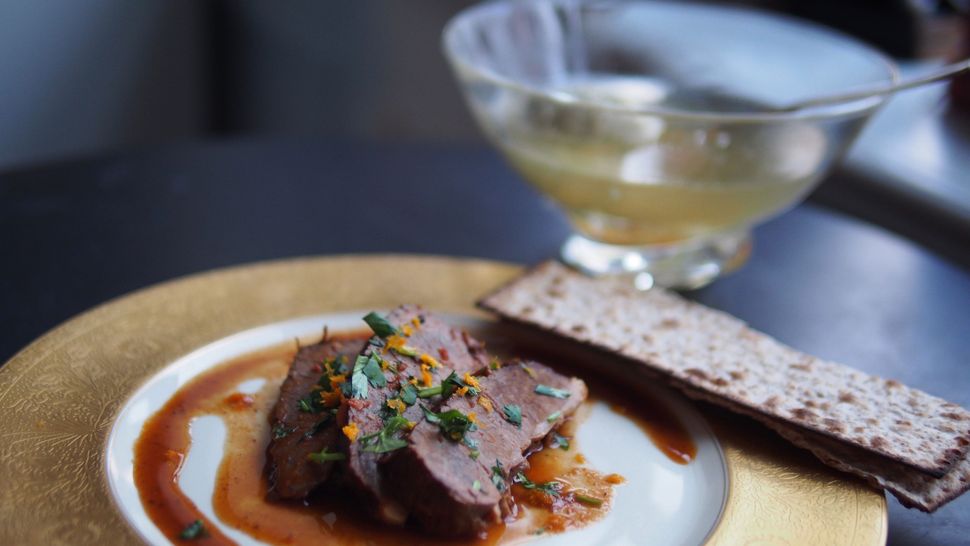 Whenever I attempt to put a fresh twist on a Passover Seder — eschewing brisket for something lighter, faster and more modern — I watch the faces of my children fall. Brisket is their favorite; brisket, apparently, is forever.

I’ve never attempted to host a Seder without matzo ball soup, but it’s no secret that I’ve been known to let Zabar’s take care of that course for me. Because if you’re making traditional dishes, there’s going to be a lot of low, slow cooking: several hours in the oven for the brisket, and about the same on the stovetop for the soup. Never mind the rest of the meal.

Then I heard about this newfangled kitchen appliance called the Instant Pot. Melissa Clark raved about it in The New York Times — and came out with a cookbook called “Dinner in an Instant.” Suddenly it seemed that everyone I know got one for Hanukkah or Christmas — it’s this year’s Cabbage Patch doll, for grownups.

Or so I thought.

The pressure cooker part seems to excite people the most. Apparently, the device breaks down the fibers of tough, sinewy cuts of meat much more successfully than a traditional pressure cooker, and manages to make deeply flavorful chicken soup in half an hour. Sounds a little like magic. I decided to try it on my two Seder staples, brisket and matzo ball soup — both of which I would perk up with new flavor combinations. The chicken soup would be vibrant with ginger, lemongrass and a few slices of jalapeño peppers. The matzo balls would contain fresh green herbs. And the brisket would receive a garlic-and-paprika rubdown, then simmer in a dark beer-and-chipotle-pepper-laced sauce.

Clark’s book contains a brisket recipe, and I looked to it for guidance. She said to cook it for 90 minutes, so I did. And voilá, it could not have come out better. I didn’t see an Instant Pot recipe for chicken soup from scratch (that is, water, a chicken and various vegetables, herbs and spices), so I decided to wing it. I set the pot’s timer for 30 minutes. The lemongrass, ginger and chili pepper were a foil against failure: Even if the soup didn’t have a rich chicken flavor, it would be fragrant and interesting.

I was not prepared for the results. I opened the pot to find golden broth with a pronounced chicken flavor. My aromatics enriched the soup but in no way overpowered it. And unlike some of my less successful soups, which ended up cloudy despite my best efforts, this broth was beautifully clear. (The chicken itself was overcooked, so I decided not to add it back to the pot after straining the stock.)

As for the matzo balls, I saved perhaps 15 minutes, so that wasn’t a revelation. But for dishes that require long, low-heat cooking, I’m sold. (In fact, I’m considering giving away my slow cooker and my pressure cooker in favor of this single appliance that does it all.)