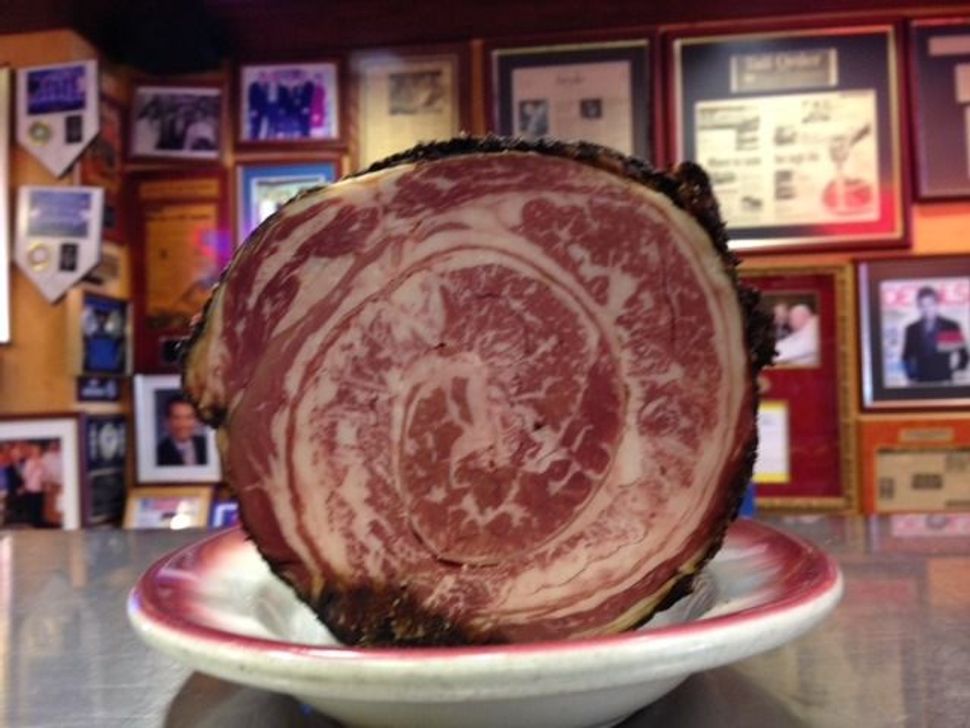 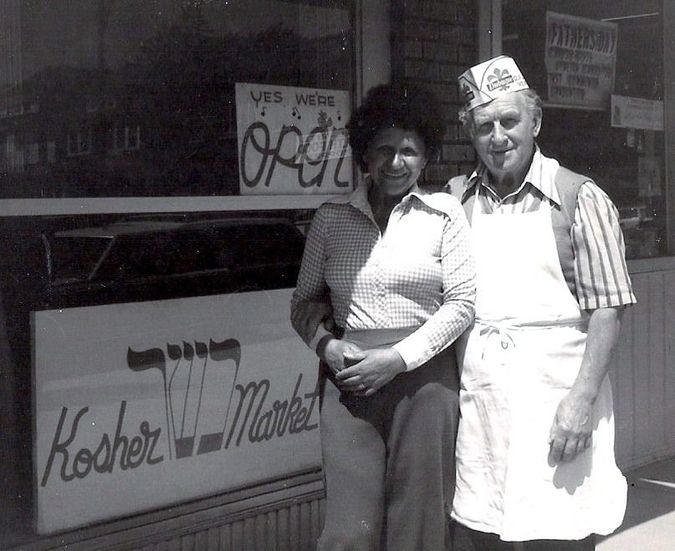 Nathan and Frances Kornmehl in front of their kosher butcher shop in Buffalo. Image by Edie Jarolim

A deli delicacy that is facing extinction, rolled beef is relatively unknown, even among many Jewish communities.

Its near demise is no surprise: The cost of making this pastrami-like item is high, while the demand for it is low. But according to Eddie Weinberg, owner of A to Z Kosher Meat Products in Williamsburg, Brooklyn, “For a select few, it’s much more than a sandwich. It’s like sitting on your zayde’s knees again.”

Weinberg is the last kosher butcher in New York City – likely the last in the country – to make rolled beef commercially, and he does so only sporadically and reluctantly. Others make rolled beef privately for special occasions. Andy Schwartz, a retired kosher butcher in Buffalo, New York, is preparing the coveted cold cut as part of his synagogue’s Purim tribute to another kosher butcher, Nathan Kornmehl, whose 2013 demise was met with laments over the loss of his optimism and kindness—and of his rolled beef.

Weinberg’s elaborate process, handed down from his grandfather who fled Nazi Germany, begins with three pieces of navel beef, the cut used to make the most popular type of pastrami because it has an extra layer of fat. Weinberg removes the fat, ending up with two thin, flat slabs of beef from each of the three pieces, which he then sews together “like a quilt.” After curing and spicing the meat, he rolls it up tightly, ties it together, and smokes it. 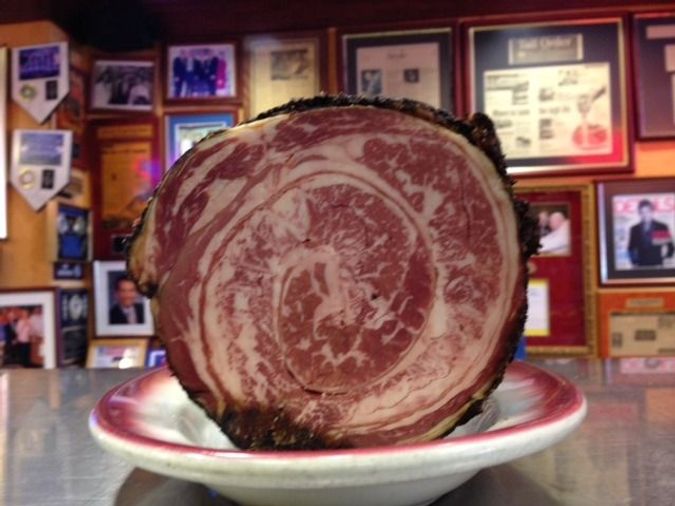 Andy Schwartz in Buffalo also starts his preparation by trimming the fat from navel beef, but instead of stitching several pieces together, he adds a stuffing. “In the past, we would use whatever was left over at the end of the week,” Schwartz notes. For this occasion, he sliced strips of chuck roast.

Both Weinberg and Schwartz agree that the seasoning is similar to that of pastrami, give or take a little more pepper or garlic.

Jay Parker, owner of Ben’s Best Kosher Deli in Rego Park, Queens, recalls his father describing a process similar to Schwartz’s: When the deli men were standing around with nothing to do, they took the trimmings from pastrami, rolled them up, and tied the whole thing together.

But Parker gets his rolled beef from Weinberg—when he can wrest some from his longtime supplier and friend—and Ben’s may be the last deli in the country to carry it. Parker says, “It’s like the secret handshake. Someone comes in and asks for rolled beef, we know he knows kosher deli.” He also ships to “a few people around the country who are happy to pay the crazy price to have it air freighted to them,” adding, “We don’t make any more money. It’s a kind of public service for nostalgic Jews.”