Would You Eat An Ice Cream Called ‘Poor Jews’? 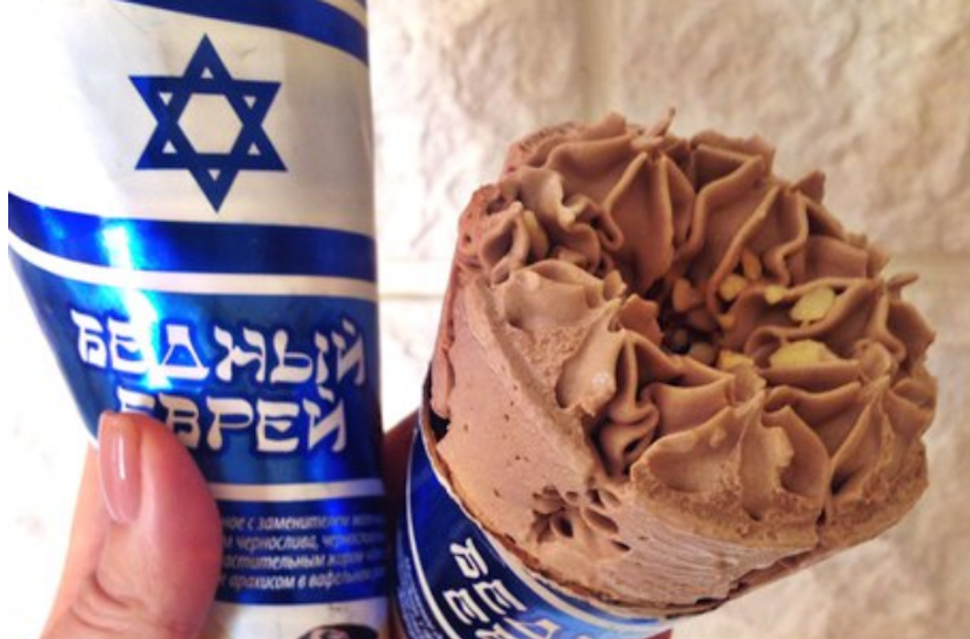 Slavitsa is a food company that’s no stranger to bad press. They’ve been in hot water before for “Obamka” ice cream, naming the chocolate dessert after former president Barack Obama (complete with a picture of an African boy on the wrapper and derogatory -ka suffix!), and for another ice cream with a Ukranian slur.

So it was only a matter of time before they found another minority to offend: the Jews.

This new ice cream, announced last month, is simply called “Poor Jews,” and the Jews in Tatarstan, Russia, have not taken kindly to it. The wrapper shows the blue and white Israeli flag.

“Poor Jews” is a crusty horn glazed with chocolate from the inside, layered with prunes and chocolate, “a combination you do not often meet” — and for good reason — according to their website. “Trying all this tastiness, it turns out that it is not so ‘poor,’” their marketing materials say.

RadioFree Europe reports that Leonid Shteinberg, a Jewish leader in Naberezhnye Chelny, has demanded that “Poor Jews” ice cream stop selling on the grounds that that is “racist.”

Shira Feder is a writer for the Forward. You can reach her at feder@forward.com or on Twitter, @shirafeder

Would You Eat An Ice Cream Called ‘Poor Jews’?