Montreal’s Bagel Wars Are Heating Up 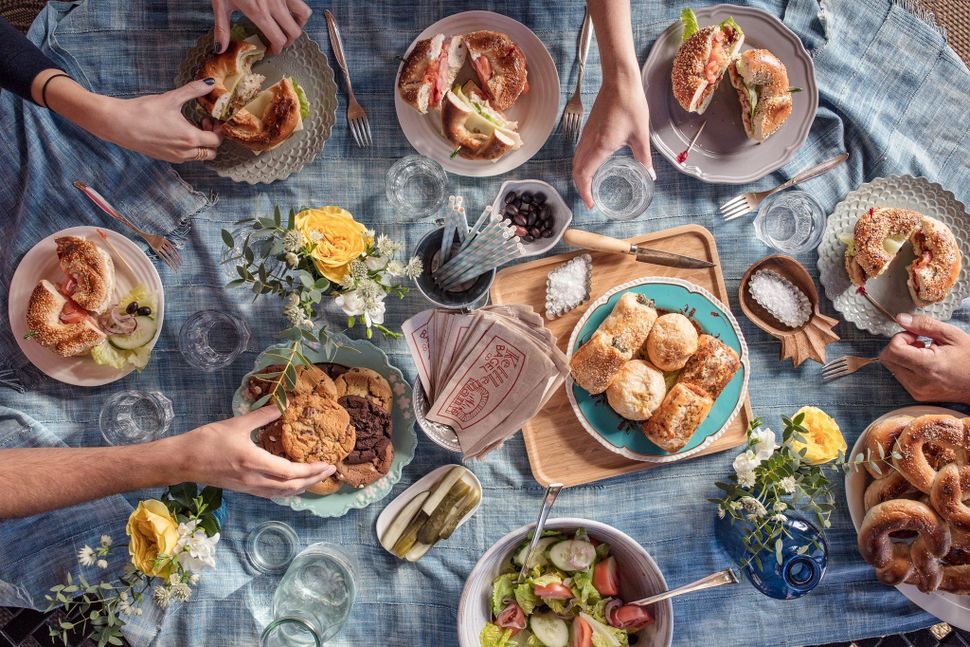 Who would dare wade into the decades-long war between Montreal institutions Fairmount Bagel and St.-Viateur Bagel?

Craig Buckley, that’s who. The Montreal-born owner of Ottawa’s Kettleman’sbagels is eyeing an ambitious expansion that would land him at the doorstep of formidable competitors. The Ottawa Business Journal broke the news last week.

Kettleman’s will buy “one of Montreal’s established, older companies” and use it as a flagship for expansion across the city, Buckley said. Because “we’re still in sensitive negotiations”, he couldn’t confirm which retailer’s in his sights, but said, “there are really just two”. If the deal proceeds, “we’ll keep main store and its name, bring in Kettleman’s cream cheese and smoked salmon, then open more stores.”

While Toronto and US markets are also slated to get Kettleman’s locations, Montreal’s status as a center of the bagel universe makes the company’s incursion especially significant – and fraught.

But Buckley, whose four Ottawa locations crank out Montreal-style bagels, sandwiches, and house-made cream cheeses 24/7, told the Forward the business in Montreal is ripe for disruption.

“Stores like St.-Viateur and Fairmount are still run like mom-and-pop operations,” he said. “We want to take it to a different level, like a Starbucks or Chipotle, but with real product consistency.” Buckley confirmed he’s in final negotiations with a Montreal-based private-equity firm to back his plan.

Does Buckley anticipate pushback from Montreal loyalists? “We won’t know until we get there. But that’s why we’d rather buy someone out or get a partnerhsip arrangement,” he said. “You don’t want people to get shocked or pissed off. It’s hard to change something that’s iconic.”

Montreal’s Bagel Wars Are Heating Up