The Truth About Kosher Salt 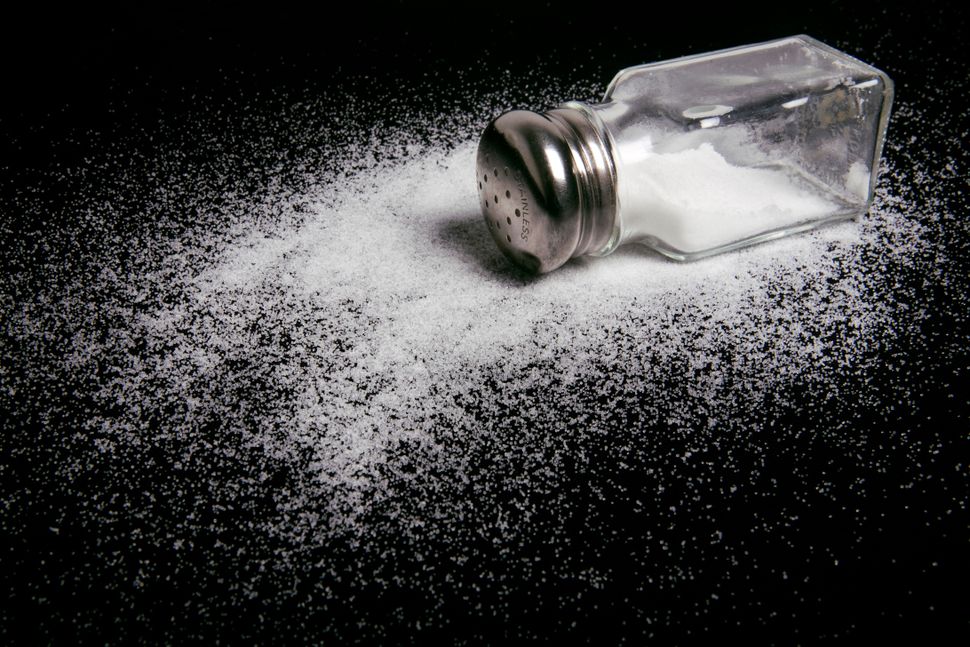 From Himalayan salt that looks like solid pink marble to the glittery flakes of truffle salt, the world of salt is a colorful, diverse place, so why are so many chefs still stuck on kosher salt?

Kosher salt isn’t necessarily kosher. In fact, lots of salts labeled kosher aren’t kosher at all. The original purpose of kosher salt was to make meat kosher, by soaking up the excess blood from meat. (Kashruth laws dictate that meat be totally cleaned from blood, as per Maimonides, as blood is impure and a symbol of pagan culture.)

It was kosher_ing_ salt, to be clear. Then some companies labeled their salt boxes ‘kosher salt’ instead of ‘koshering salt’, and the rest is history.

Now a new screed’s been published, denouncing kosher salt. “This mass-produced chemical flies directly in the face of the organic ethos we all claim we want to eat and live by. A dedication to thoughtful sourcing and craft has reflected in our meats, vegetables and grains, but not yet our salt,” writes Laura Ratliff.

Kosher salt is the salt de rigeur from the restaurant to the home, even though it is 99.83% sodium chloride, compared to natural salt’s 95-97% sodium chloride and not a drop more.

Kosher salt is cheap, familiar, and readily available. Who can blame us for still using it after all this time?

But kosher salt isn’t exactly the best salt to whip out in the kitchen. The coarseness of the grain make it harder to cook, although compared to the thinness of iodized table salt (literally the lowest common denominator of salts) with its tiny crystals, one can appreciate the heft of kosher salt because you don’t end up over-salting. Kosher salt is pinch-able, sprinkle-able and traditional.

So can that extra sodium chloride really be making a difference?

Only time and science and heart attacks will be able to tell.

The Truth About Kosher Salt