Has The Potluck’s Time Finally Come? 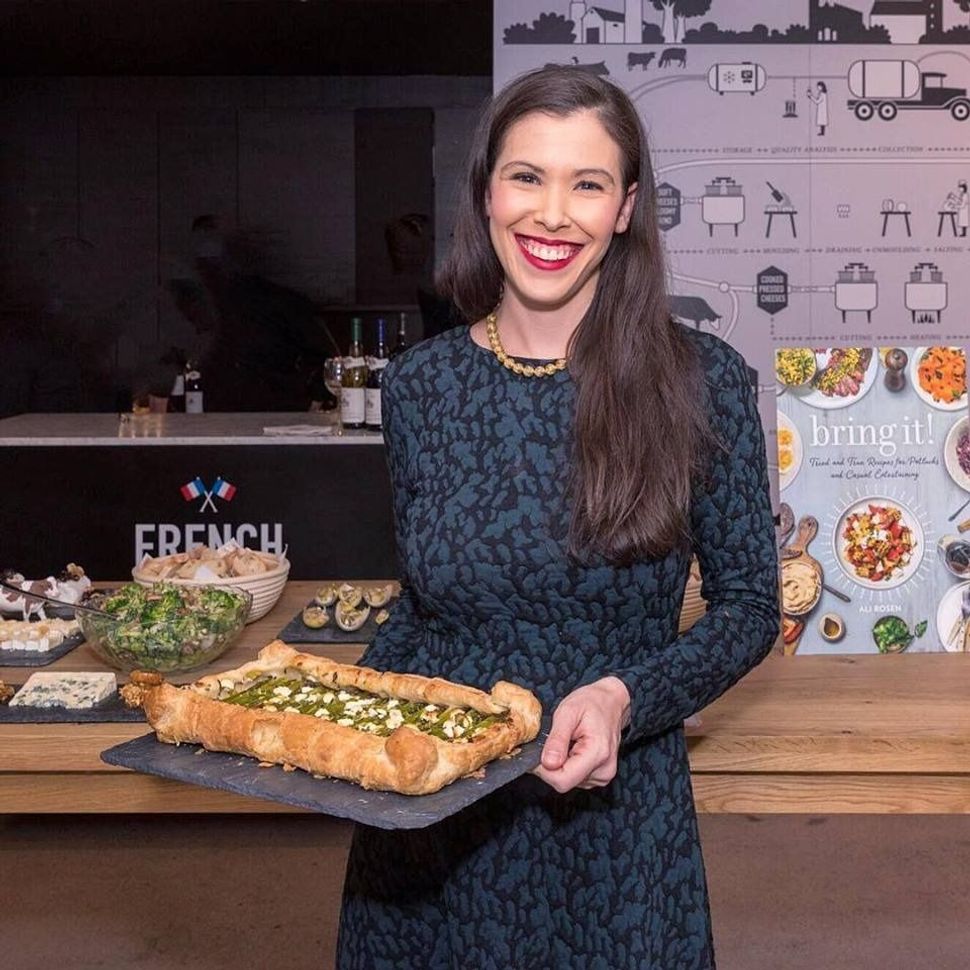 The potluck, engineered for maximum efficiency in the face of crippling time constraints, is making a major comeback.

“There are so many serious, sepia-toned cookbooks,” Ali Rosen, founder and host of the Emmy-nominated Potluck with Ali Rosen, tells me. “I wanted to make mine relatable and fun.” Indeed, Rosen’s newest cookbook, bring it!, with its quirky exclamation point and colorful cover, is relatable and fun, just as advertised.

“People want real life. People are cooking in real life,” she says. In my real life where I cook, I appreciate everything about Rosen’s potluck-focused cookbook, from the cozy script to the warm introductions at the beginning of every recipe to the color-soaked full page photographs, everything about this cookbook screams, “Edible!”

The potluck has yet to reach cultural saturation, reminiscent as it is of your next-door neighbor’s backyard and elderly conclaves, but I believe this is the year of the potluck. It’s simple, accessible, versatile, easy, cheap, creative and communal. The potluck is about pooling resources and taking care of one other.

I interviewed Ali Rosen about her newest cookbook, her go-to recipes and her dislike for lettuce.

I named my company ‘potluck’ because I always liked the idea of bringing people together. People had opinions about the word ‘potluck.’ It conjured up images of sad church basements, casserole or freezer items. But really, potlucks are how everyone eats now. Almost every dinner party we go to is a potluck. We just don’t categorize it that way. I wanted to mdoernize it, make it fun and exciting.

I grew up in the South, with a Jewish father and a Christian mother. I didn’t have much of a Jewish cooking identity because I learned how to cook from my mother’s Southern, Christian family. My husband is Israeli and his mother-in-law has actually been my biggest cooking influence. I met my husband when I was nineteen-

So it was like I got this second wind at Jewish cooking. Everyone had a Jewish grandmother they learned from, and I didn’t, but now I had this mother-in-law who cooked dishes influenced by Diaspora Judaism, and I learned from her.

So how do you make a perfect potluck?

Plan ahead! People get really nervous about asking things of people. But people really just want to know what to do. You only have so much time or oven space. Getting info ahead of time, sussing out what people will need, not being able to be afraid to give direction…that makes the perfect potluck.

What’s the best equipment for transferring food to a potluck?

I really love those glass Pyrexes with the plastic top!

What’s the best way to reheat food without ruining it?

Don’t overcook it from the beginning. When something is cooked, take the lid off, let it cool down before you put in the fridge. Otherwise you trap in the heat.

At a potluck, food often winds up sitting on tables and getting served at room temperature. What is the key to serving room-temperature meat and pasta?

How do you make dips modern?

Dips tend to be mayonnaise-heavy and cream based, with not a lot of acid. I have a pimento cheese and crab dip that has a citrus ratio, where the crab is more than you would think of. Identify things people actually want to eat and keep it light and bright. Remind yourself that if this dip is the first thing people will eat don’t weigh people down with it.

A controversial question: why doesn’t your salad need lettuce?

What really makes a salad? We’ve gotten into this mode where we feel we have to put lettuce as the base of the salad and we really don’t need to. People use it as a filler when they really don’t have to.

What’s one surprising thing you can do with pasta?

Boil it in wine! It gives it a different color and adds a rustic flavor to the pasta. Just put some water and some wine in a big enough pot.

What are some of the easiest dishes to bring to a Passover potluck?

Well, Passover is like the ultimate potluck and it really takes the burden off one person when everyone is helping to cook. I have these mango puffs that are great for Passover, different hors d’oeuvres, baked onions do well, they complement so many good things, chocolate sesame truffles.

What are the best desserts that aren’t cakes or cookies?

We need to get out of the rut of only serving cakes or cookies. It’s like if everyone only ever brought casseroles to potlucks! There are bars, smores bars, fruit, like strawberry sandwiches or lemon meringues…cakes take so long to make. Some of my recipes only have four ingredients!

What are some fruit desserts worth bringing to a potluck?

I have a grilled peach with ricotta and mint recipe that is so easy and so good. I have a strawberry and mint salad that is Passover-friendly. If you’re buying good fruit you should keep it nice and simple. Upend people’s expectations of what dessert should be, without doing a lot of work.

Let the fruit speak for itself. And now I’m hungry!

Is there anything more comforting than a giant bowl of pasta? ? May the weekend memories be comforting to us all as as we tackle Monday ????

Has The Potluck’s Time Finally Come?