Mark Bittman On Why Grilling Is So Heavily Marketed To Men 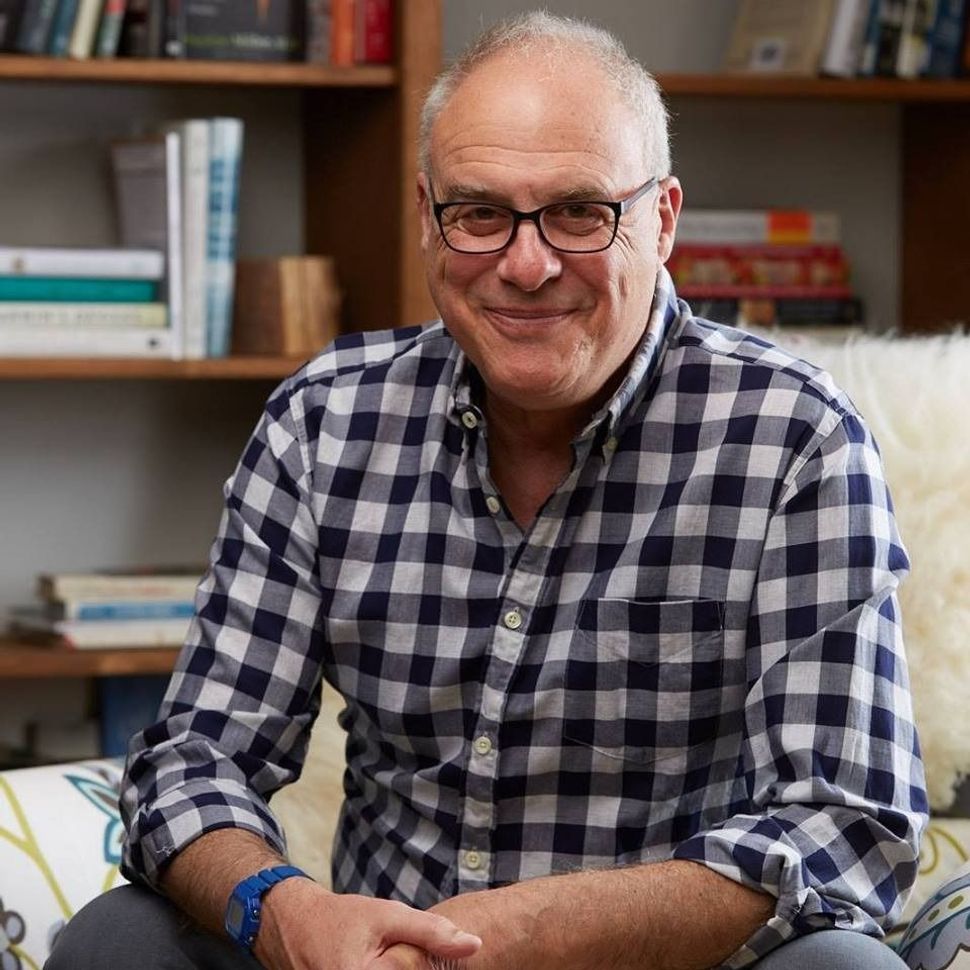 There’s no denying that there’s something macho about grilling. Who can properly char the remnants of a cow and stoke the flames, if not a strong man?

Accordingly, cookbooks on the subject are dark, with brooding color palettes that grunt “manly” to all the reserved (male) shoppers out there feeling oppressed at the thought of purchasing a cookbook.

‘How To Grill Everything’ by Mark Bittman is one such cookbook, with an attractively dim cover. It promises to teach you how to grill everything worth grilling, from cucumbers to cakes to condiments. Inspired by the cookbook, I ambitiously grilled a peach. It was delectable, juicy and tasting of caramelized summertime. I felt primal and powerful, roasting my own dessert. Mark Bittman’s cookbook hadn’t lied to me. The cookbook would teach me how to grill everything because everything (nearly) suddenly seemed worth grilling.

I spoke to Mark Bittman about why men grill more than women, how to find the best cuts of meat, and how much money the average person should spend on grill gear.

What are your tips for getting the best cuts of meat?

Best is tricky. It helps to go to a real butcher. It helps to look for sustainable, raised-local fresh meat. It really depends on the recipe. The best steak is not the best rib.

So are you an advocate for local meat?

I am, but I think the real question is are you getting sustainable, ethically raised meat. Local has to come second to all that. If you want well-raised as opposed to factory meat, then it’s probably going to be frozen. It’s hard to get fresh, sustainable meat that isn’t frozen.

Does the freezing damage the meat?

No, it’s probably fine. Good meat is mostly frozen these days. You’re not going to find good meat in your local Safeway or Stop and Shop, you’re going to get it at your farmer’s market or online, and it’s probably going to come frozen.

For each animal, generally speaking, the most popular cuts are not the ones that have the most. Restaurants tend to serve filet mignon, sirloin steak, while something like a flank steak is harder to sell.

So grilling’s become such a popular activity these days for men, and I’ve noticed this phenomenon where women don’t grill as much and all these cookbooks, like yours, are manly, with black covers and charred bits of vegetables on the front. You have this image of a masculine man standing in front of a fire, wielding a spatula like ‘This is my kingdom!’ Why do you think grilling is marketed towards men?

It’s a thing men have taken more to, maybe because it’s more of an occasional thing than a commitment. People grill on weekends, holidays, so it isn’t as routine as regular cooking. I really don’t know why. I think we’ll see more gender equality in all areas of cooking as time goes on. I mean, it’s fun for everybody.

Grilling also tends to be more simple than cooking, which might make it more popular to men. And with the popularity of the gas grill, where you just turn it on and go, there’s no challenge of building a fire.

The ubiquity of the gas grill changed grilling.

⅔ of our population live in climates where they can grill nine or ten months out of the year.

So what kind of grill would you recommend to a grilling amateur?

Most people begin with a gas grill because it’s flexible, you don’t have to negotiate a fire, it makes things much easier. It’s easy to make stuff on a gas grill. There’s no downside! But grilling in general isn’t that hard, gas grill or no.

How much money should the average person spend on grilling supplies?

Most grilling implements, like prongs, are also things you need for cooking. You can get a halfway decent grill for $100, $150 bucks. Of course, like anything in this country, you can spend as much as you want. The question is does it generate enough heat. You’re looking for 500-600 degrees. Even 800 degrees isn’t too much. It’s worth spending a little extra money.

I know the title of your book is ‘How To Grill Everything’ but are there some things you should not grill? How far is too far?

You can grill anything you want, it’s basically just a heat source. Some things are more trouble than they’re worth. If it’s not in my book, it’s not worth grilling. I really cover everything in there. You can hack anything but at some point it just becomes silly. You can do anything you want-

I hope there is nothing contrived or silly in my book.

When I read it, I didn’t think there was, honestly. So what’s the most ambitious recipe you’ve ever attempted?

Grilling a lobster is a challenge. Pastries and cakes are kinda worth grilling, you get an interesting flavor. Again, my job is to make things simple and streamlined there are some things I grilled that I wish I hadn’t, but they aren’t in this book.

Not paying attention! Vegetables are terrific grilled over a low heat but anything can overcook. It’s risky because there is an open flame. You have to be careful when grilling fatty foods where fat melts and drips onto the fire. We think we like things burnt but we don’t. We like them browned.

Do you think the dietary laws of kosher are restricting when it comes to grilling?

Of course they’re limiting, but it’s not for me to judge. They’re cultural. If people are following them then they’re following them for a reason. Besides, keeping kosher isn’t much of a limit when it comes to grilling.

#cookbitt! Beautiful braised artichokes a la Bittman by @corinnetphoto. My daughters both love artichokes, so I’ve certainly made my share, but—and I know this is a controversial thing to say—I’ll never get sick of them.

Mark Bittman On Why Grilling Is So Heavily Marketed To Men