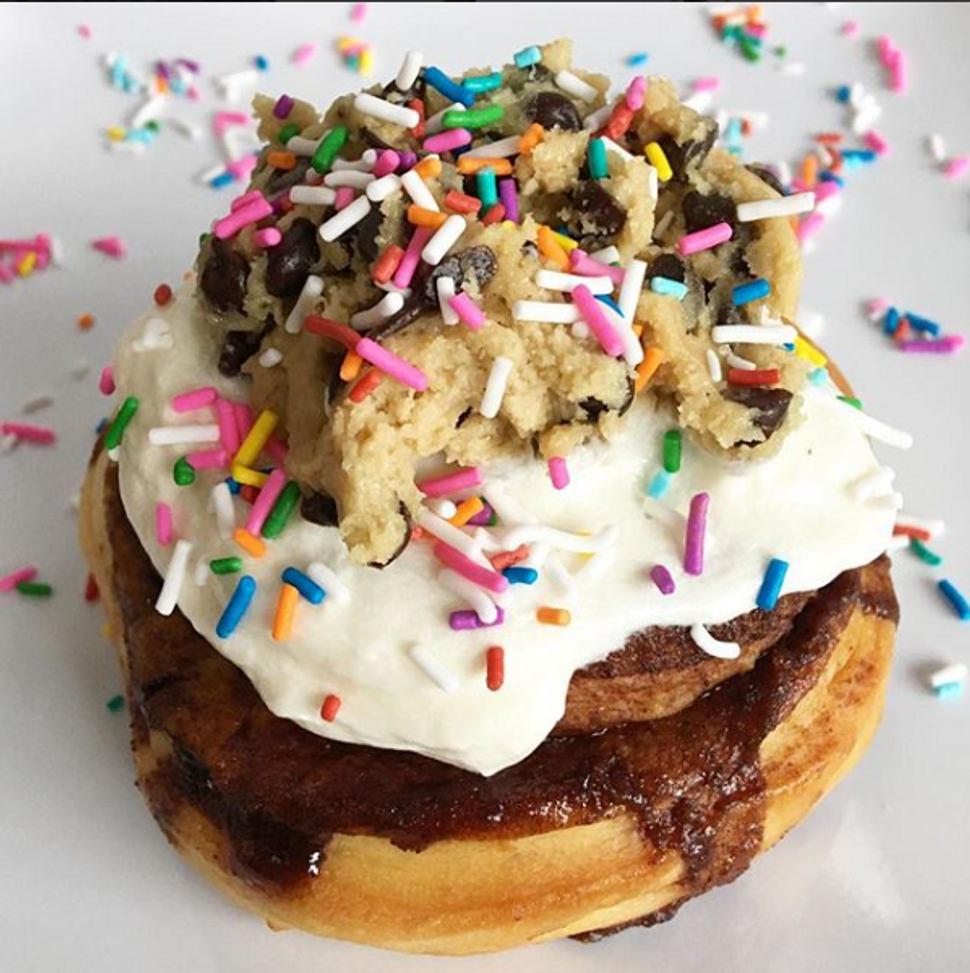 If you’re craving a cinnamon roll, but are dairy, lactose, egg, cholesterol or nut intolerant (or vegan, vegetarian, pescetarian or any other -arian vaiant) you might want to head down to Cinnaholic in Boca Raton, Florida.

“We decided to open the store on a whim!” Naomi Cohn told me. She and her husband are the machine behind vegan kosher eatery Cinnaholic. The cinnamon rolls Cinnaholic sells really do look sinful in photographs, drizzled in white frosting and oozing sweet cinnamon.

Cohn was inspired by the kosher Cinnaholic in Atlanta in 2016. Fleeing from Hurricane Matthew, they found a haven from the storm in the cool feeling of the store. “We thought this would be really fun to have in Boca,” she said. The franchise had been featured on Shark Tank, winning a $200,000 investment, even though it was ultimately turned down.

“God is really behind everything that happens in the world, and so here we are today with the first Jewish-owned fully kosher Cinnaholic in Boca,” Cohn told me. “We are under the ORB. We are pareve and pas Yisroel, in addition to being 100% vegan.” (Pareve is a Jewish term for food that is not dairy or meat. Pas Yisroel refers to grain products that were cooked or supervised by an Orthodox Jew.)

Cohn’s biggest motivation in opening Cinnaholic? “The opportunity to show my children that you can build a business while maintaining strict kashruth, and use it as a way to do good things within your very own community. It’s also been a great learning experience showing them how to do everything from permits through construction through hiring training and day-to-day running of the store.”

Cohn’s father was very stringent about saying blessings, or brachot, on his food before eating them and reciting amen after other people’s blessings. “We’ll be starting a brachot program after Passover where kids can track their “amen’s” and earn free cookies and treats at the store,” she tells me.

Beginning this weekend, the Cohns plan to offer vegan challah, too.

They’re hoping that the demand for a vegan bakery will last for generations. “Having a family business to fall back on is the best thing we can do for our kids,” Cohn says. “Todd and I both grew up in family-owned businesses, and there’s something to say for being your own boss.”