Is Fair Trade Olive Oil The Future Of The Middle East? 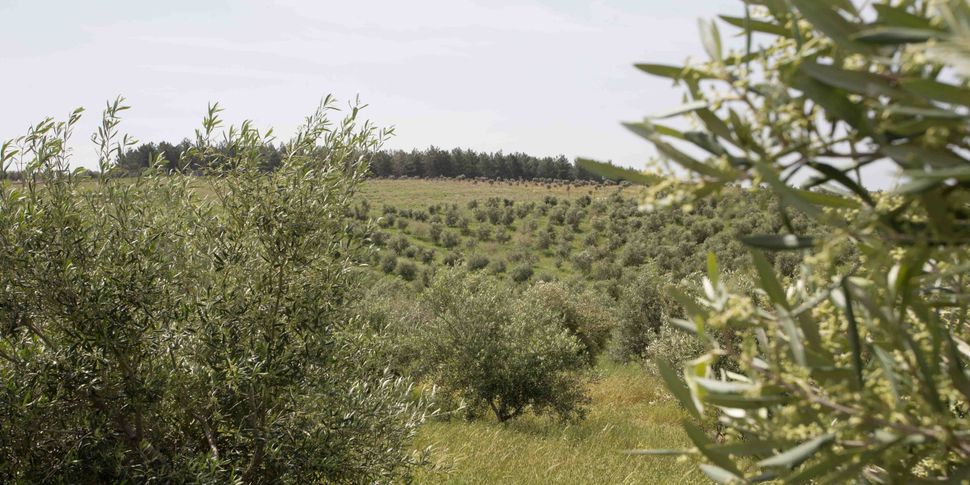 What would peace in the Middle East look like? Think abandoned espadrilles, bottles of half-drunk arak, the wind in your hair and unlimited hummus. Can a company dedicated to fair-trade olive oil ever make this dream a reality?

Sindyanna, the non-profit organization led by female, change-seeking Israeli Jews and Arabs, believes it can. At least a little.

In the heart of the Galilee, near Nazareth, there exists a fantasy of religious co-existence. In 1996, Sindyanna was founded with goal of creating economic and educational opportunities for both Jewish and Arab communities.

Arab and Israeli women work alongside one another, developing agriculture and helping Galilean farmers market their products. Job opportunities are often scarce for Arab women in Israel; for Sindyanna, strengthening the status of women while deepening Arab-Israeli co-operation is priority.

Or so the marketing material says.

Their award-winning olive oil, with names like ‘Extra Hopeful’ and ‘Extra Unified’, comes in colorful tall bottles. They use their own mix of za’atar (‘hyssop’, as the Bible calls it), is produced from traditionally-made, shade-dried, Arab grown za’atar leaves. Their organic carob syrup is collected from natural forests in the Galilee and made according to traditional methods. Their olive-oil soup is based on inherited know-how from the soap makers of Nablus. Their marketing partners are carefully selected and screened for ethical standards. 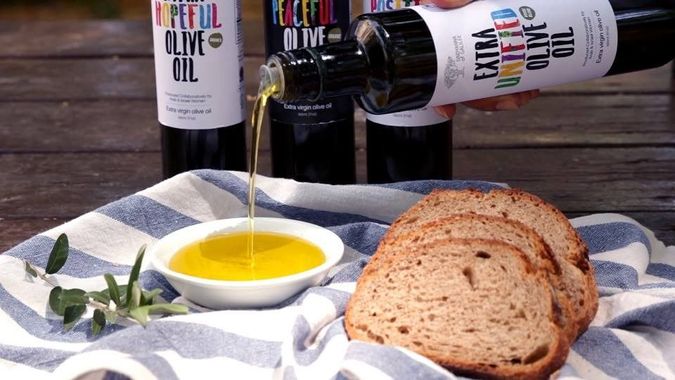 100% of its profits are invested into organic farming, educating women and healing cultural wounds. The phenomenon of business for peace is on the rise. People want to feel good about what they’re buying, and purchasing fair trade goods like Sindyanna allows them to do just that.

I spoke with the two co-founders, Hadas Lahav and Hanan Zoabi Manadreh, about how they keep the dream of peace in the Middle East alive with their olive oil.

“Olive oil is a product that exists in every Jewish or Arab home. It is a universal international product,” Manadreh told me. “Everyone loves it and it brings joy to the kitchen. There is nothing like food to mediate between communities and peoples.”

So what inspired the creation of Sindyanna?

“We believe that if we want to bring about a change in the social level, we need to bring about a change on the economic level…Hence the decision to concentrate on Arab women. 75% of them do not work at all, and 50% of the Arab children are below the poverty line. Arab women need empowerment in the face of Israeli society, which marginalizes them as part of the Arab population, as well as the traditional Arab society that does not count them,” Manadreh wrote to me.

Some quick research revealed that the numbers were indeed that grim. The unemployment rate in Israel might be a low 4%, but that doesn’t include the Arab women unable to find themselves a place in society. In fact, the rate of female Arab unemployment is higher than that of ultra-Orthodox men, famously recalcitrant about participating in secular society.

In the early 1990s, Lahav ran an empowerment project for women within an Arab company. She was surprised by the power and ambition of the women. “They were willing to do anything to move forward, to go out to work and be an active and influential part of the family and society,” she told me. Hence the idea for Sindyanna was born.

What is day to day life like at Sindyanna?

“Sindyanna is not just a place of work for us. It’s a way of life, part of our belief system. We feel that we are building a social platform here that suits us and the society we would like to live in. The good atmosphere in the place also affects everyone who visits and everyone leaves from Sindiana with a few more ounces of optimism.”

Do you believe Israeli-Palestinian coexistence will happen?

“We believe that a common future is possible,” Lahav tells me. “And this is the only way that people from both nations can live here. Unfortunately, it is difficult to see the solution today, when there is no leadership that aspires to a solution, or offers a viable solution.”

The operation grew with a lot of patience and steadfast belief in the possibility of living together. From a small room in a Galilee village to a company that brought in $1 million dollars in 2015. (From Whole Foods to Lush, Sindyanna is sold internationally.) Cooperation — with the Arab and Israeli professionals who gave their time and knowledge willingly — was key in helping Sindyanna become one of the leading olive oil producers in Israel and abroad.

So what impact does Sindyanna have on the dream of coexistence?

Lahav and Manadreh are a personal example of successful coexistence. Lahav is Jewish, while Manadreh is Arab. They both share a dream of an egalitarian society in which Arabs and Jews live in peace. “When Jews and Arabs find common ground,” they tell me, “the result is amazing projects that cannot be dreamed of if they do not work together. Philosophically, any act of an individual or group of people, even if small, affects reality.”

Is Fair Trade Olive Oil The Future Of The Middle East?