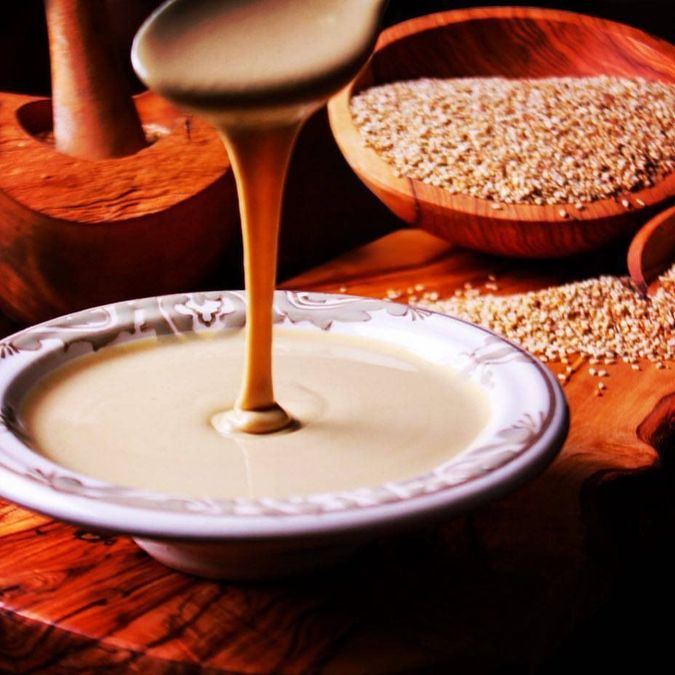 So many artisan tahini brands have hit the market that you might say there’s a tahini war ensuing.

Now, a new contender wants to spread some tahini peace.

Seeds of Collaboration, which debuts on Amazon Prime this month, is a cross-border venture whose Israeli and Palestinian partners aim to build bridges by focusing on a shared love — food.

“Finding a common passion reminds us on both sides that people can do great things together,” said Goni Light, the company’s Israeli-born, Brooklyn-based founder. “It’s very hard to start talking about peace or solving national problems. We found that it’s easier to find something practical that we’re passionate about.”

The business began as a stand at Burning Man, the annual desert freakout festival; Light and some friends gave tahini away to “minimally dressed, smiling burners in the California sun.” The rapturous response – perhaps amplified by non-tahini substances – led Light to realize commercial possibilities.

A tech-startup veteran, Light and her New York team handle Seeds of Collaboration’s marketing, distribution and sales. Their partners, a family in the West Bank, “has been producing tahini for decades,” Light said. “They’re true sesame artists, and they make the best tahini we ever tasted. Everyone’s is focused on their core expertise, and the company benefits from the synergy.”

Even with artisan outfits like Seed & Mill and Brooklyn Sesame duking it out for tahini supremacy, Light still calls hers “the gold-standard of tahini. It’s light, smooth, flavorful and balanced. It tastes, looks and feels like no other tahini in the market.”

Light and her partners will put that to the test when their product expands into retail stores later this year. In the meantime, she’s putting her money where her mouth is, donating a portion of every Seeds of Collaboration sale to Middle East Entrepreneurs of Tomorrow (MEET), a non-profit that’s partnered with MIT since 2004. The organization “builds bridges between young Israeli and Palestinian students using the common language of technology and entrepreneurship”; every 2,000 jars of tahini sold will help MEET fund a student startup.

“SoCo leads by example, and we hope that our collaboration will serve as a use case for other Israelis, Palestinians, and other communities in conflict,” Light said. ”We can’t solve the conflict as a whole tomorrow morning. But what we can do is create a change in individual perceptions – one bite at a time.”