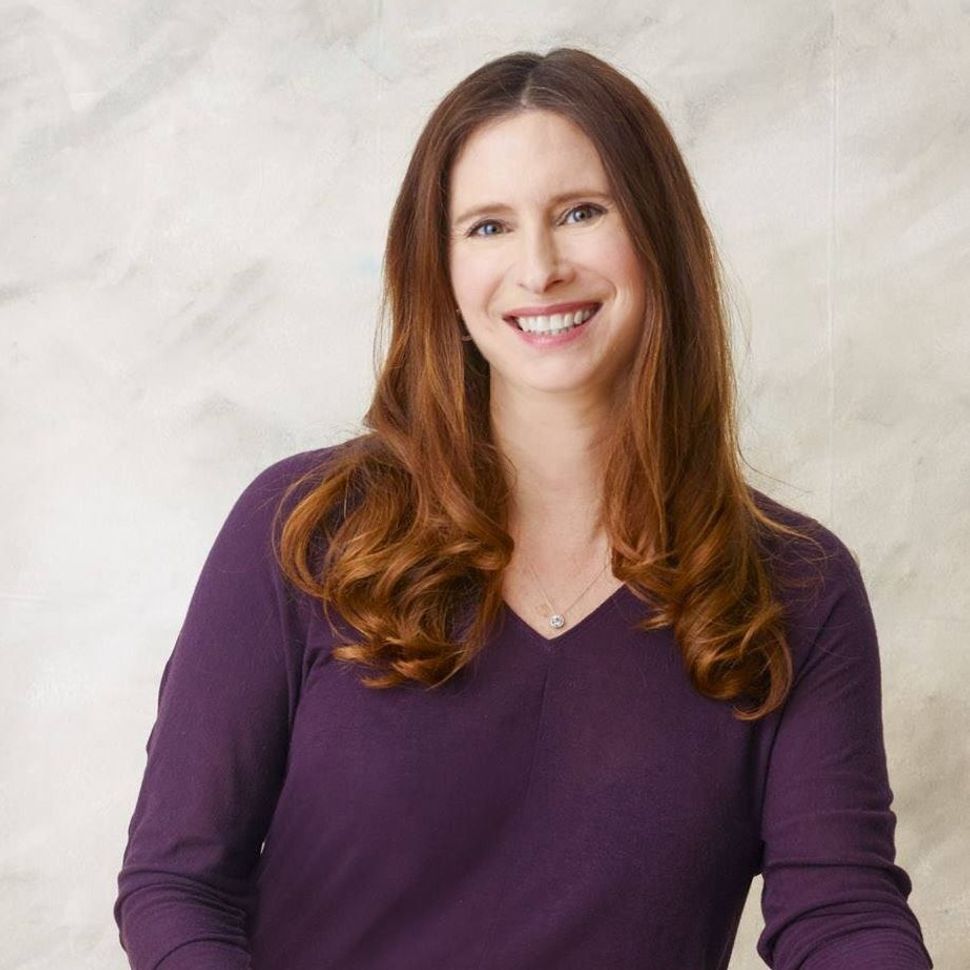 Salt, sugar, acid, fat. These are the major components of traditional Jewish delicacies. Jewish food is immigrant food, created by a culture of outsiders incorporating whatever cheap materials they had on hand to finesse delicious, hearty dishes. After all, if it doesn’t incurably clog your arteries, can it really be considered soul food?

These days we’re less wandering Jews than we are pondering Jews, and it seems like what we’ve been pondering most lately is how to make the fried, jarred, and boiled dishes we grew up with slightly less heart-harming and slightly more accessible to a new generation of prissy pescetarians.

Paula Shoyer has been pondering this for awhile. The woman’s got her culinary credentials in order; she has been feted in 2015 as a “Woman to Watch” by Jewish Women International, is the proud possessor of a pastry degree from the Ritz Escoffier in Paris, and has appeared on TV before every major Jewish holiday.

You called your new cookbook, The Healthy Jewish Kitchen, a “healing project”. In the beginning of your cookbook, you wrote that the writing experience was a challenge to yourself after losing your mother, followed by your father. How did your mourning process influence the way the cookbook was created?

Tomorrow is actually my father’s yartzheit. Today is the last day of a two-year mourning process. My mother died and I was a mourner, and then my father died, and I started the process all over again. It’s been a part of my life for such a long time. It’s been a wonderful, exciting period but I’ve also carried this.

The publisher came to me asking about a healthy Jewish cookbook. It seemed like a great idea because of how I was feeling. With the Passover Cookbook, I took recipes from my head. With the Healthy Jewish Cookbook, I started from a blank page. One example is coleslaw and mayonnaise. They’re pretty much ubiquitous in shiva houses. It began to represent to me this awful dish of heavy, fattening food. I started to really hate coleslaw. So I started to repurpose foods I was sick of. Now I will eat coleslaw, but with wine or a mango puree.

Avoid packaged food! Go natural. We rely so much on soup stock and mayonnaise and puff pastry, and I thought, what would happen if I took all that off the table?

How do you make soup without soup stock?

I add enough flavoring, enough tumeric and garlic powder, to make up for it.

So going big on flavor to replace the artificial.

Yes, I really wanted to keep the integrity of the dishes while eating traditional Jewish food that remind you of your childhood, creating recipes we all grew up with.

So a reframing of tradition?

Did you consult with nutritionists while writing this book?

I spoke to a couple of friends about what they thought of certain oils and flour and salads, but the publisher really didn’t want me to include things like calorie counts.

Did you ever worry that you were messing with sacred traditions, or cowtowing to this cultural trend of making everything healthier? Were you worried Jewish food might lose something in the process of converting it to health food?

I thought about this a lot, like how far can we go before it’s something completely different? What’s Hanukkah without potato latkes? But now I bake them in the oven. The experience is the same but the components are different. I try to see how far I can go.

Have you gotten any feedback from the nutrition community about your book?

People seem to really like it! People keep nodding, like, ‘welcome to the club’. I want as many people as possible to eat better. If you’re going to eat babka because it makes you profoundly happy, then make it a healthy one.

I read a little about your background. You got your cooking degree in Paris. What was that like? How do you combine the knowledge you got from the culinary capital of the world with your own Jewish heritage and the Jewish foods you cook?

I don’t eat dessert Monday to Thursday. My first mission was to take all those French dairy pastries and make them pareve for Shabbat [traditionally meat meals]. I joke that everything I learned about Passover recipes I learned in cooking school, because so many desserts were heavily based in almond flavor which were great for Passover. Cooking is a science. It taught me to be precise. Make sure to put myself in the cook’s shoes and make sure they get it right.

I know how good it felt, how it helped me heal to eat like that. I’m not allowed to say it helped me lose weight—

My publisher doesn’t allow it because there’s no way to prove it.

Right, it could be seen as a scientific claim.

But I felt lighter and lost all the weight I gained during shiva. We’ve all eaten our feelings at some point. I’m creating a healthy way to eat your feelings.

People say you need time to grieve, but I don’t believe that anymore. I think you need to do something. I took a sad experience and created something that brought people comfort. I feel like I have four children and four cookbooks. People ask me, do you have a favorite child. I tell them it depends. Do I have a favorite cookbook? It depends!