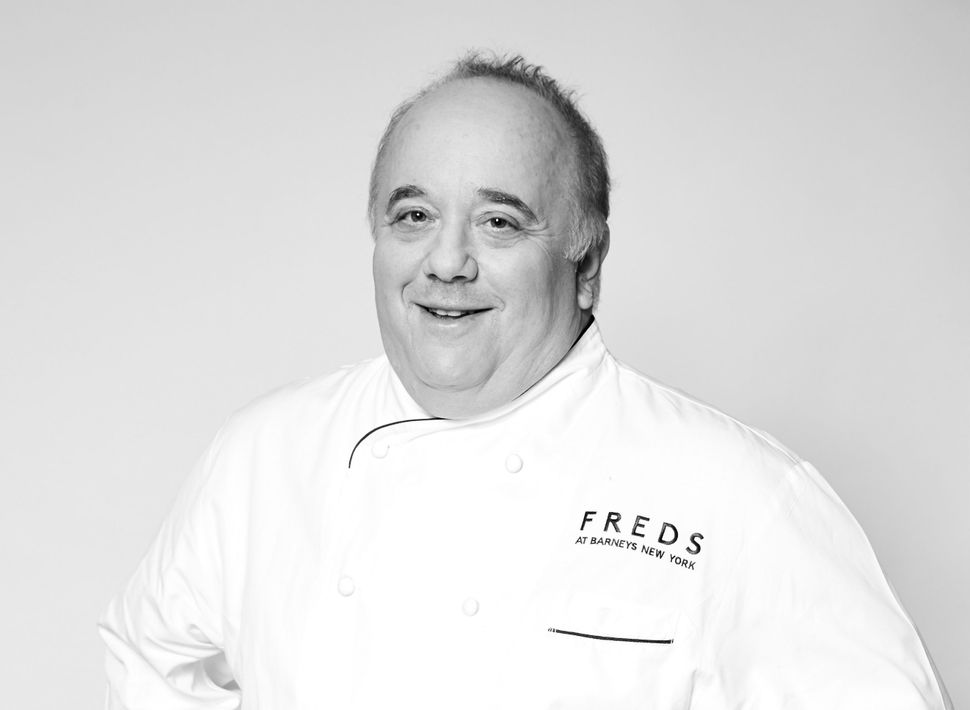 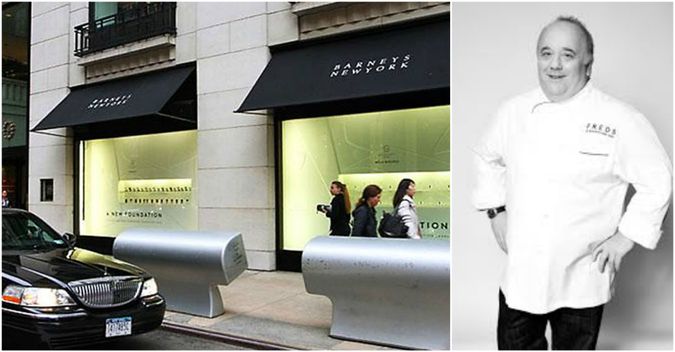 These days, everyone who is anyone has lunched at Freds, the in-house restaurant of iconic luxury department store Barneys, the place to see and be seen. In 2001, when Barneys decided to move its restaurant from the subterranean lower level to the more respectable ninth floor, Freds became a celebrity magnet and an epicurean mecca. Including, of course, Michael Cohen, Trump’s controversial lawyer. 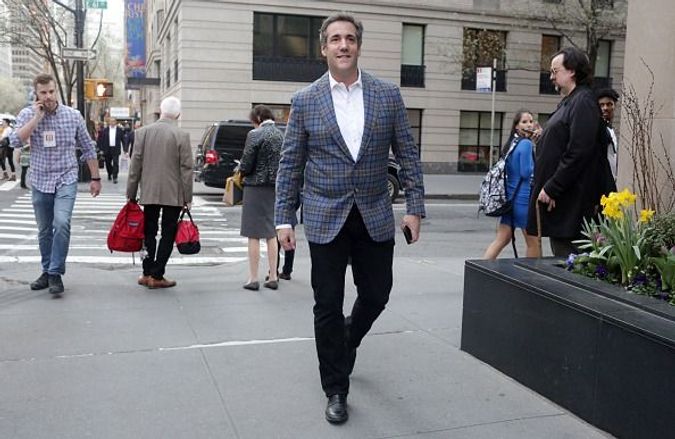 So who’s the face behind Freds’ ascendance to the culinary throne? Chef Mark Strausman, a Jewish boy from Queens, who’s been at the helm of Freds since 1996. Every day for twenty years, people have been getting dressed in their finest and packing the tables at Freds to broker business deals and shake hands over simple, elegant, tasty Italian food. From the love affairs that have been ignited and put out to the thousands of diets that have been desecrated, when the clock strikes 11:30 AM in the morning, Freds is the place to be, right between Midtown and the Upper East Side.

Strausman’s new cookbook, The Freds At Barneys New York Cookbook, is a glimpse into a hallowed kitchen, a tale of a Jewish boy from Queens who scored a plum job, and a testament to the unmistakably Jewish legacy of Barneys and of Strausman himself.

I interviewed Chef Mark Strausman about doing Shabbat dinners at Freds, the disappearing Jewish food culture of New York and trying to preserve his legacy.

So you call yourself a “Jewish boy from Queens.” How has that influenced the way you cook?

I kind of strayed from it in the beginning of my career. I wanted to be this European-trained chef in fine cuisine. My customers kind of forced me back into it. I realized it was a way of staying connected with my family. I’m older and wiser than I was when I was younger and it changed the trajectory of my career.

What’s your cooking style? On your website you wrote that “French food is great, but there is only so much one can do with it. You know with television they say that the medium is the message. Well, with Italians the medium is food – good, sensual food.” Are you still as big on Italian food or are you now cooking with other cultures?

Well, in Cologne, Germany, we went touring and we saw a huge frying pan with Kartoffelpuffer, which is just potato latkes.

That’s something I love, this idea that comfort food can be repeated across cultures. And some people think Jewish food is peasant food, because Jews have such a rich immigrant history of absorbing cultural traditions of whatever cities they were in, and using whatever ingredients were available to them.

Well, Italian cuisine is my foundation. Peasant cuisine is really what I’m into. It bothers me that New York Jewish food is largely being desecrated or destroyed. Look at the bagels. You can go to Orwasher’s but where else? Even Montreal bagels are not good bread.

People get sucked into making money, the process gets adulterated, there was definitely an anti-carb thing for a while…

You don’t think it’s true? I’m talking commercially, on the street, out of the home. Sure, you have Breads Bakery and Zabar’s, but you have to search for a challah on a Friday. It used to be, regular bakeries had challah on Fridays. They had to pay the bills and they knew that was the way to do it.

So do you believe Jewish food can evolve with the times or is it being let go?

If Jewish delis were alive today, they’d work without bread. They’d make a healthier sandwich. Do I want to start eating pastrami five times a week? No, I want to see my grandchildren. Jewish food can evolve, but it’s being let go.

Do you feel you’re doing your part to save Jewish food?

I’m doing it for me, for my family, for my career. There are no horses to get on, no soapboxes to climb on.

If you’re kosher, you can use my cookbook. It’s not that foreign a cuisine.

So is your Freds clientele a lot of Jews?

Well, when in Rome…

What interests me is I recently wrote about this Shabbat dinner being offered at Barneys, this idea of sneaking Shabbat meals onto the menu. How did the Friday night menu at Barneys come to be?

It was a customer’s idea. We’re surrounded by Reform synagogues. It seemed like a good idea. Come on, it’s Friday night. Let’s get some challah from Orwasher’s, I’ll make flanken my way. It’s really just short ribs and that’s pretty much it.

So what are some of your favorite Jewish foods?

Knishes, I love them.

God, me too. Do you ever serve them at Freds?

For parties, sometimes. We should serve them more.

What do you hope to accomplish with this cookbook?

You know, when you’ve been doing something for twenty-two years, you want to start thinking about putting yourself in perpetuity.

That’s what everyone wants, I think, is something that will outlive them.