Is This Max Brenner’s Next Move? 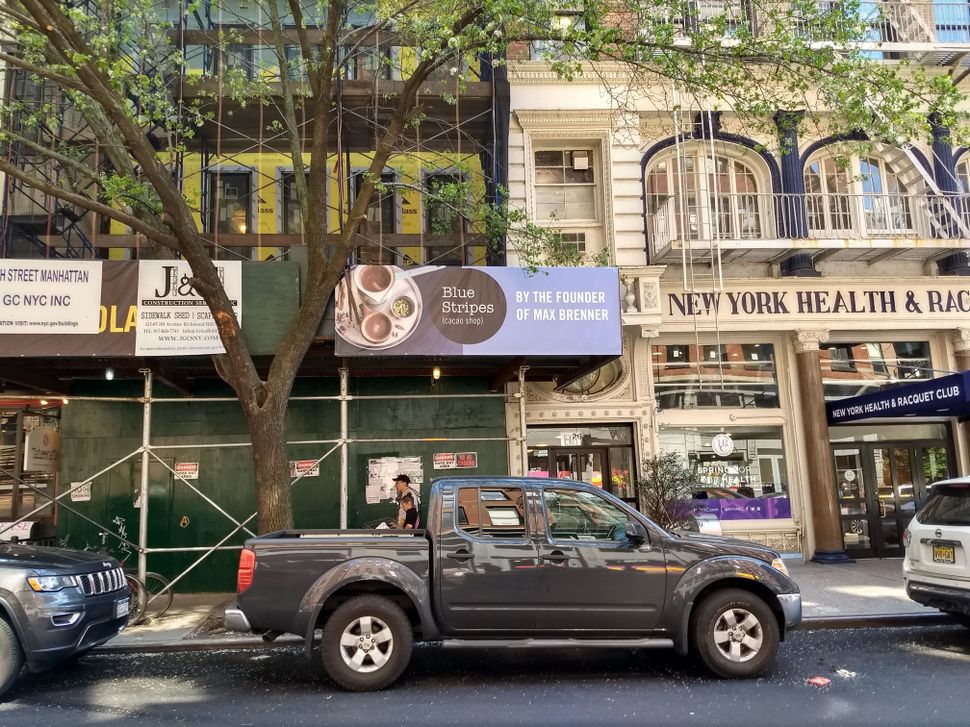 Spoiler alert: There is no actual Max Brenner. The “bald man” behind a wildly popular chain of chocolate-themed cafes is like an Israeli version of Betty Crocker or Colonel Sanders.

There is, however, an Oded Brenner, who co-founded the chain with business partner Max Fichtman in a Tel Aviv suburb in 2006.

His acrimonious 2012 split from Max Brenner’s backers was also real. The Strauss Group, the Israeli food giant, even sued Brenner in 2012, claiming breach of contract over a bakery concept he planned to launch.

Though the lawsuit was dismissed, Brenner’s laid low since then; the celebrity confectioner’s next move has been the subject of much speculation.

Now, a sign on E. 13th St. in Manhattan might provide the answer. Coming soon, it promises: “Blue Stripes (cacao shop), from the founder of Max Brenner”.

Reps for Brenner and his new backers, First Foods Group, Inc., didn’t return our requests for comment. But an investment prospectus online reveals that Blue Stripes Cacao Shop plans a chain of coffee houses with Brenner’s chocolate concoctions as the main attraction.

And in a press release, Brenner crows that Blue Stripes will feature “an amazing array of my new 100% cacao creations. Get ready!”.

With journalistic principles in mind, the Forward not only promises to monitor this developing story, but to sample Brenner’s new chocolate products as soon as they become available. Stay tuned.

Is This Max Brenner’s Next Move?