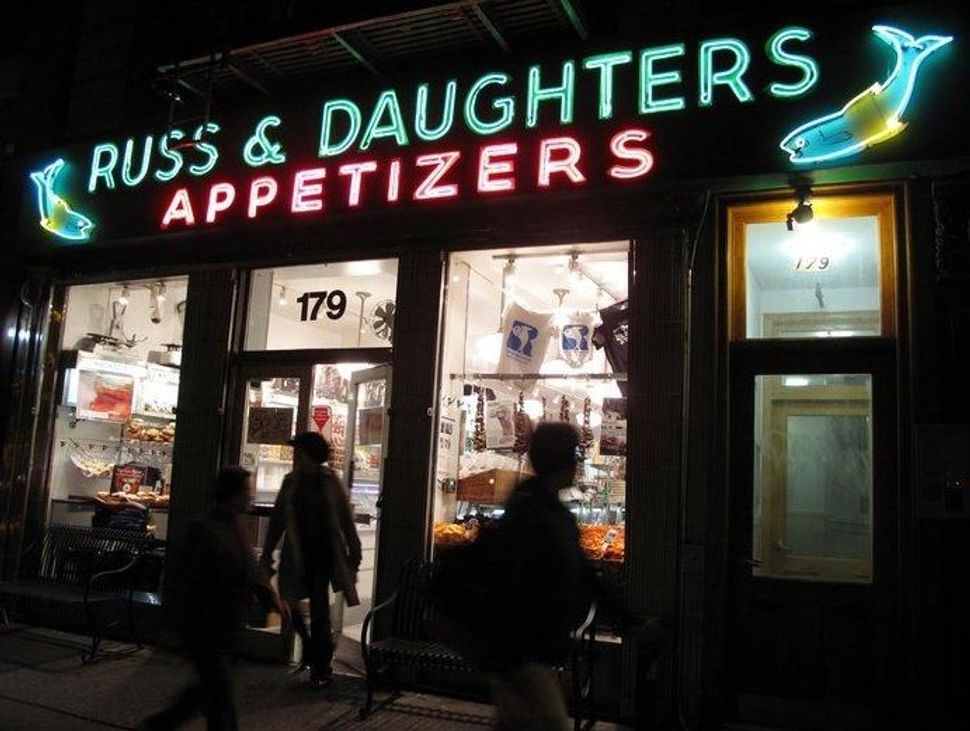 “One of the things that was most important to us was a thing called haimishness…so like just tradition, non-pretense, simplicity,” Josh Russ Tupper, co-owner of Russ & Daughters, told an affable Alex Guarnaschelli (a familiar face to Chopped and Iron Chef fans) on ‘Fix Me A Plate,’ a new Food Network show dedicating to showing different cuisines.

The clip delves into the family-oriented history of the 103-year-old store, believed to be the first business in the States to be named ‘& Daughters,’ instead of ‘& Sons.’ Featuring a mouthwatering spread of kippered salmon (Yiddish for smoked) and Scottish salmon, the two cooks reminisce about the art of slicing. “You should be able to read The New York Times through it,” said Tupper, motioning to a piece of his salmon, sliced artfully thin.

Russ & Daughters is a mainstay of the Jewish food world, one of the few remaining restaurants dedicated to keeping Jewish food culture alive, the rare store that’s been around for longer than most of the people who enter it.

So can you read the newspaper through your salmon? If you want to try, head down to Russ & Daughters.

@infatuation says: “One of the best-kept secrets on the UES is the @russanddaughters buried inside the basement of @thejewishmuseum! #EEEEEATS ?: @schmooey” #AppetizingSince1914 #RussAndDaughters #RussAndDaughtersBagelsAndBakery