How To Create Weird But Brilliant Food Pairings 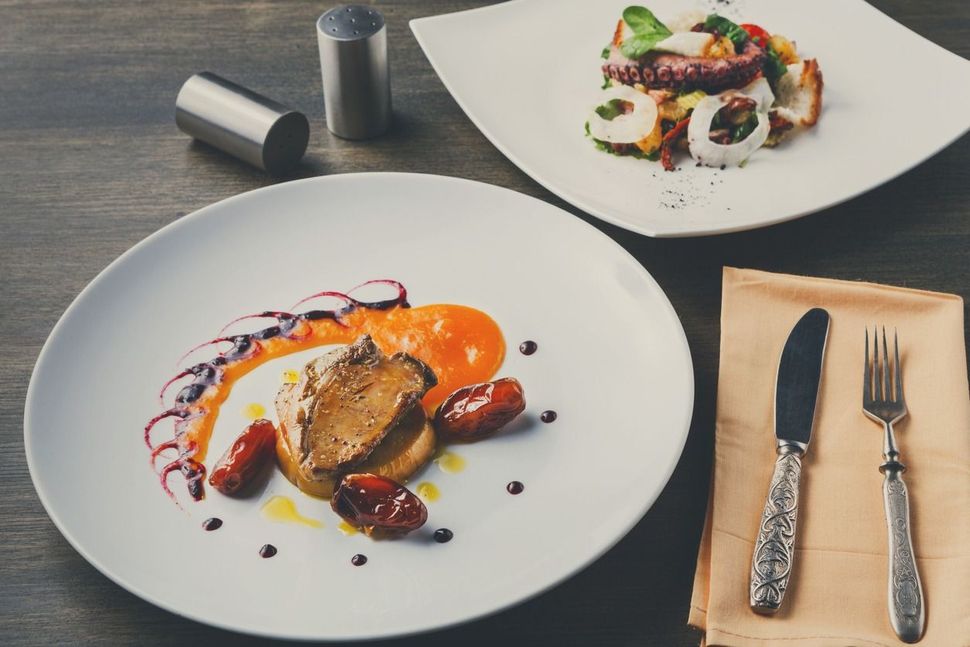 How does flavor work, exactly? Why does our tongue like what it likes? James Briscione was the Director of Culinary Research at the Institute of Culinary Education and two-time winner of when he was approached by IBM with the offer of an unlikely collaboration. The opportunity to collaborate with a supercomputer chef named Watson to engineer new dishes with unexpectedly compatible flavor combinations does not come around every day. Briscione got on board.

Recipes like Chocolate Mousse with Crisp Beet Meringue and Chicken and Mushroom Burgers With Strawberry Ketchup abound in The Flavor Matrix, the book that hosts the results of Briscione’s experimentation. The Flavor Matrix, as per the title, is chock full of flavor matrixes showing what foods are paired best together – and why. 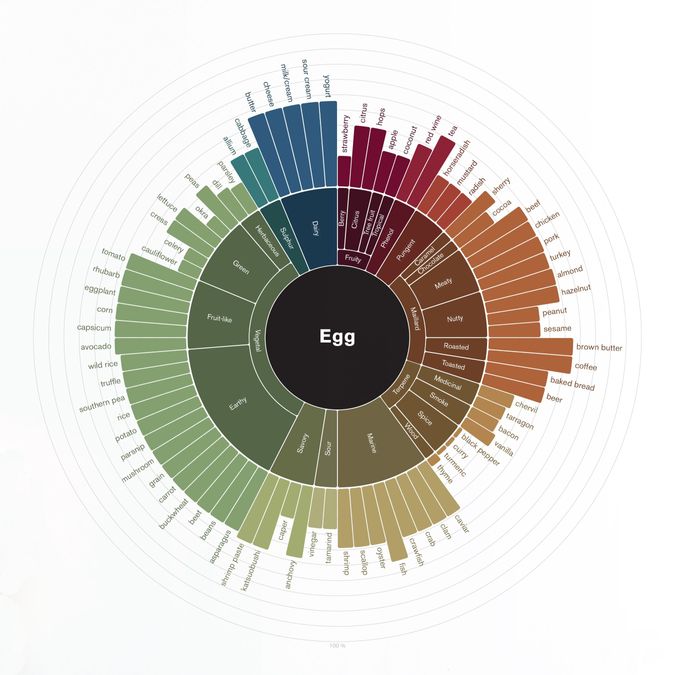 Image by Courtesy Of James Briscione

The cookbook includes innovative recipes bringing the art of food science to the common cook. How does it work? Food scientists taught chefs that “each ingredient has a complex network of chemical structures called volatile compounds that give each food its own unique flavor,” as Briscione writes in the introduction. Lettuce has 20 of these compounds. Coffee has almost a thousand.

While there are only five or six basic tastes — salty, sweet, sour, umami, bitter and fat — that’s only 20% of what we perceive as flavor. The other 80%? The nose has it, according to Briscione. Every bite of food you chomp down on has hundreds or thousands of these volatile, or aromatic compounds, and that’s where the flavor comes from.

I spoke to James Briscione about being on the cutting edge of food science, the future of flavor and more.

So you’re more of a chef than a scientist. How did you get involved with Watson and academia?

Kind of by default. In my role as Director of Research at the Institute of Culinary Education, I was interested in food science and modernist cuisine. They came to me with this idea of Chef Watson.

So how did it feel to be on the cutting edge of food science?

Well, I didn’t know we were. I mean, IBM has the resources to make some pretty amazing things happen, but I went in a bit skeptical, thinking I could beat the computer. It was equal parts excitement and desire to out-cook the computer.

So do you think there is something you bring to the table that Watson doesn’t? Like your past experiences and emotions connected to food?

Well, we have a connection point to food which is difficult to compete with. The computer would have a hard time quantifying data of texture, acidity, elements of composition, into variables. There’s an art to cooking, but the computer provides incredible starting points and ideas.

In the introduction to The Flavor Matrix, you write that Watson had no notion of which foods conventionally went together. “The computer seemed to be able to see the invisible filaments that bound different ingredients together.” What taste combinations most surprised you?

Boy, there were really a lot. Blueberry and horseradish was a big one. Someone made a cocktail of it…

You wrote that “Tastes are only 20 per cent of what we perceive as flavour. The other 80 per cent is reported by the nose.” So do people who can’t smell have less of an appetite?

They do. They tend to prefer spicy, salty foods, more heavily seasoned foods, where they can taste the acidity.

You talk about knowing the dominant aromas of your foods and you talk about food a bit like wine connoisseurs talk about wine, as nutty, floral, spicy, etc. How do you think knowing our food’s aromas will help us rethink what we eat?

I think it’s so weird that we don’t. We do it with wine and beer, thinking about food and flavors in this way, and it seems like something a chef would naturally do.

So this all started with the combination of caviar and white chocolate, which your predecessor Heston Blumenthal and his research team combined. Can you tell me a bit more of about the history of flavor pairing theory/analytics of flavors?

It was in 1999. It was a new science. All this has only existed for so long. They were running through all the different flavor combinations in their lab, and they tried white chocolate and caviar, and they said that’s an incredible match. It’s more than just salty or sweet. And they went to food scientists with it.

The Jewish community is all up in arms about the possibility of the future of cloned bacon. Based on your research, do you think foods engineered in labs can have the same quality of flavor as the ‘real’ versions?

It’s going to be very interesting. Yes, it can be sort of constructed. But bacon is already a processed food, with a manipulated flavor.

I’m more interested to see if science can replicate a tomato that’s spent days ripening in the sun. Can anyone do better than a particularly ripe tomato?

So being a chef is kind of like being a food scientist of sorts. You wrote that “the art and (yes) science of food pairing is in some ways the final frontier of modern cooking.” I know this information isn’t yet part of the parlance of food scientists. What do you want people to take away from this book?

Well, that’s it exactly. I want it to work for different people on different levels. For home cooks who want to try something new, for people with special diets, for chefs who really want to dig deep into the science…it’s really good. It’s really shocking. 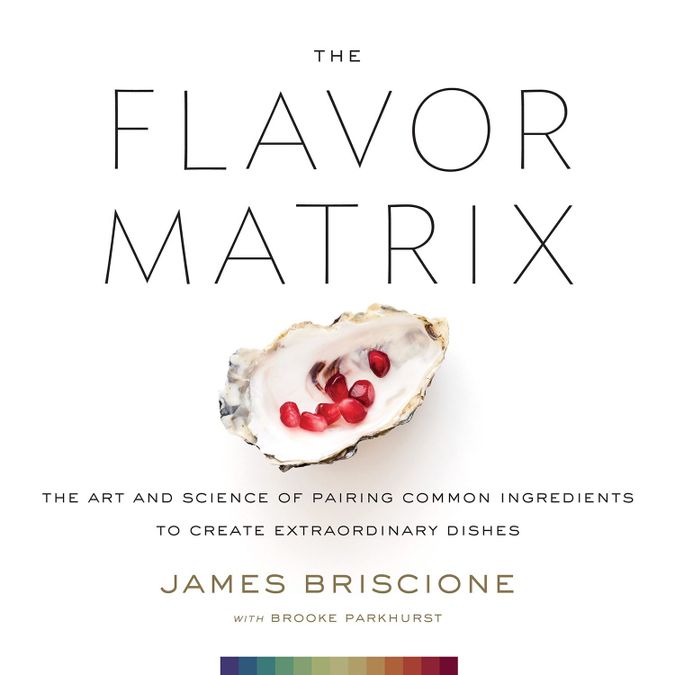 Image by Courtesy of James Briscione

How To Create Weird But Brilliant Food Pairings