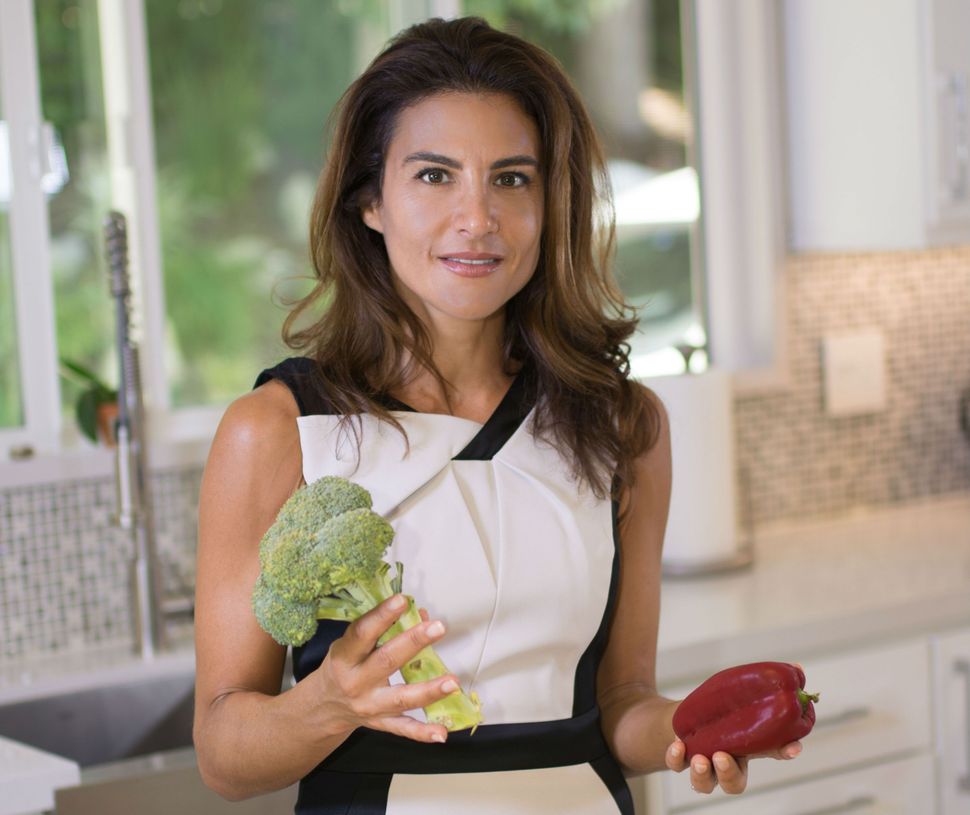 Image by Courtesy of Melissa Mayo

Who is Foodzilla, otherwise known as Chef Melissa Mayo?

Melissa Mayo has cooked for Hollywood notables like Hans Zimmer (the man behind every movie soundtrack you’ve ever loved) and Jeffrey Katzenberg (who, in his time at Disney and Dreamworks, oversaw the production of some of the most iconic films of all time, like Shrek and Shrek 2).

She’s been honing and perfecting her culinary artistry for years. Biltong, boerewors and braaivleis are among the delicacies in her repertoire.

She’s got two cookbooks in circulation, Melissa Mayo’s Passover and Melissa Mayo’s Rosh Hashanah, both of which pay tribute to her Jewish heritage combined with secrets from her South African homeland.

She was on the Food Network show Private Chefs of Beverly Hills for two glorious seasons, where she earned the nickname Foodzilla.

I spoke to Melissa about cooking intuitively, opening a cooking school in Tuscany and making miracles happen.

Shira Feder: You’re South African and Jewish. How do you honor both of your heritages when you cook?

Melissa Mayo: I grew up around chagim. Whether it was with blood family or friends, my mother believed no one should spend a chag [holiday] alone, which was a huge thing which shaped most of my life.

When I moved to the States, I sort of created a little shtetl of my own, full of South African Jews with nowhere to go. Eventually it got to the point where it was 90 people. I felt so blessed and grateful to have an extended family to spend the Jewish holidays with and it’s pretty much carried me always. The Italian and South African culture is similar, it’s about community and opening your door and coming together to celebrate food and friendship. It was very ingrained in me that a person should never spend a holiday alone.

Your mother told you that “If you need a recipe, you can’t cook. Follow your taste buds.” I think this idea of intuitive cooking is becoming more and more popular these days. Should more people throw their cookbooks in the trash?

Yes. In years gone by ,produce was very fresh but now people are just turning to make what the recipe book says. If it’s not fall and squash is not in season, don’t use squash. People should be more driven by: do you know how to roast? Do you know how to grow? What is the freshest? What is the best? What is the most economic? You can’t make a peach pie in the winter. You can’t make acorn squash in the summer. Be more driven to make what is in season, what is fresh. In the winter you want hearty, comfort food.

In the summer you want light salads, room temperature things. We should cook with the seasons. And look at the labels. If it’s something you can’t pronounce, don’t eat it.

You’re putting the finishing touches on Susina Cucina, your international cooking school in Tuscany. What inspired you to open a cooking school?

Ten years ago I decided I was going to retire in Tuscany. I dreamed of spending time there, having my daughter there…I updated my website so it said “retiring in Italy.” My mother said I should take it down, that I’ll be embarrassed, but I said, no, it’s happening. A small farm house and a big fig tree, that’s what I always wanted. I went to this house, I saw the plum tree, and I started thinking this is holy grail. then the idea for susina cucina was born.

I called my husband, who hadn’t even seen the house yet, and said, “I’m going to build my own cooking school.”

He said, “What?” He hadn’t even seen the house yet.

I told him I’m going to build it to honor my mother who loved to cook and have chagim.

So, for people who didn’t watch Private Chefs of Beverly Hills, how did you get the nickname Foodzilla?

I’ll say this, Foodzilla was a trick of editing. They took shots out of context. I actually feel bad for these reality stars because I think they’re all-

With enough hours of footage, anyone can be edited to anything.

So what’s the Jewish connection to Tuscany?

When my mother passed away, her yartzheit fell on the annual World Challah Baking Day, which was actually started by a South American. 45 challahs were delivered to my house. If you cook with love, if you put your soul into the food, that’s the mitzvah of challah.

Every time I need my mother to come to me it’s either rained or hailed. I literally manifested this cooking school from the ether. anything you want is out there for you to take.