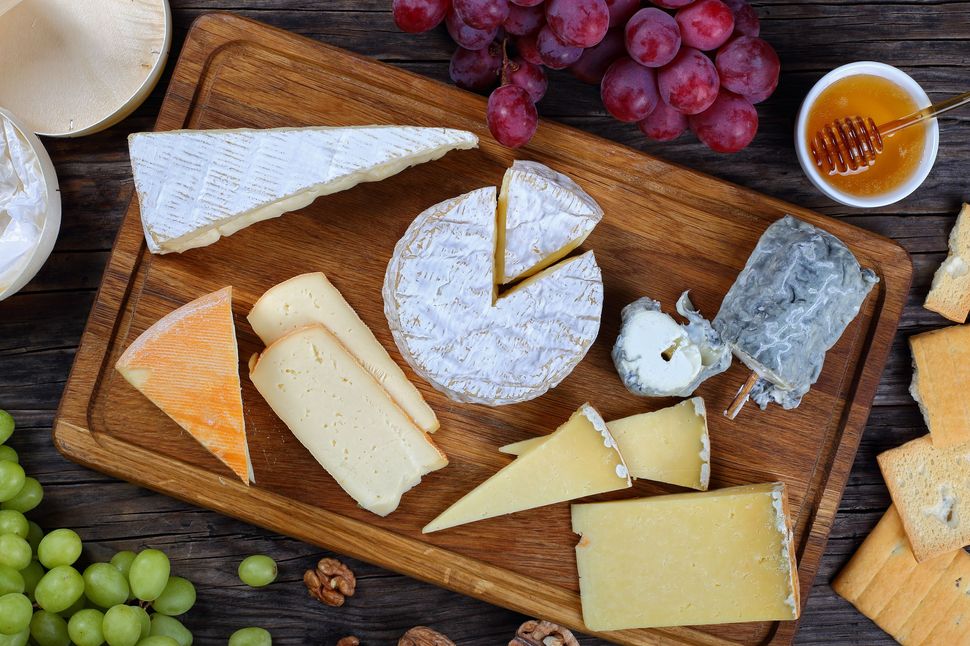 There are two kinds of people in the world: Those that like cheese and those that should barely be classified as human, because they don’t like cheese.

If you’re a food adventurer, tantalized by the notion of chasing cheese to the far ends of the SoHo area, aroused by the concept of a fresh pecorino with truffles, exhilarated by the idea of beer cheddar, titillated by the prospect of a mancheli/manchego in your mouth — put on your detective trench-coat and track The Cheese Guy down to his small, temporary SoHo popup at449 Broadway near Grand Street, inside Broadway Market Co.

No official end date is in sight for this pop-up. The cheeses are all certified OU or OK. From 11am to 8pm, the SoHo streets will be reinvigorated by a collective of travelers on the prowl for fresh cheese. You could be one of them.

Check out YeahThat’sKosher for a servicable map to guide you on your travels.

Shira Feder is a woman of the people. She’s at feder@forward.com