The Woman Who Made Microwave Cooking Into An Art 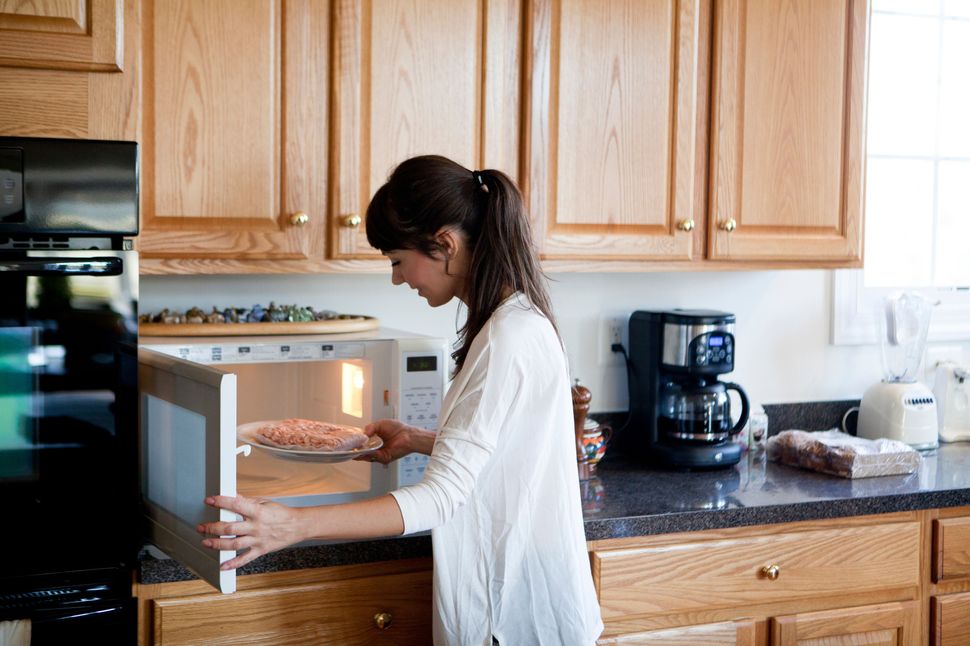 At one point, James Beard Lifetime Award winner, cookbook author and culinary pioneer Barbara Kafka owned 13 microwaves. She even gifted her daughter with a microwave when she was headed off to medical school. In 1987, Kafka became a household name with her book “Microwave Gourmet,” the result of years spent puttering with her microwaves, during a time when microwave cooking was not viewed as legitimate by respectable chefs. “I hate it, I just hate it,” food doyenne Julia Child once said about Kafka’s cooking methods.)

If you’ve ever cooked your dinner in a microwave, you have Barbara Kafka to thank.

Kafka was married to Viennese Jewish immigrant Ernest Kafka and made sorrel soup, or schav, for Shavuot. Her chicken soup recipe is a thing of wonder (one of her tips: put the chickens in the dish whole for chicken in the pot).

She was also a ‘Russ and Daughters’ fan, as she mentioned in this interview: “But better is to go across the street, and go to Russ and Daughters for the fish and next door to the dairy store, then go to the bread place to get your little knishes.” Her One Pan Roast Chicken is likewise the perfect Shabbat dish.

I’ve made whole meals in the microwave and I know I have Barbara Kafka to thank. She was 84 when she died this week on June 1 in her Manhattan home. Rest in peace, Barbara Kafka. The food world will miss you.

The Woman Who Made Microwave Cooking Into An Art