Ben’s Best Deli Is Closing. Are We Witnessing The End Of The Jewish Deli? 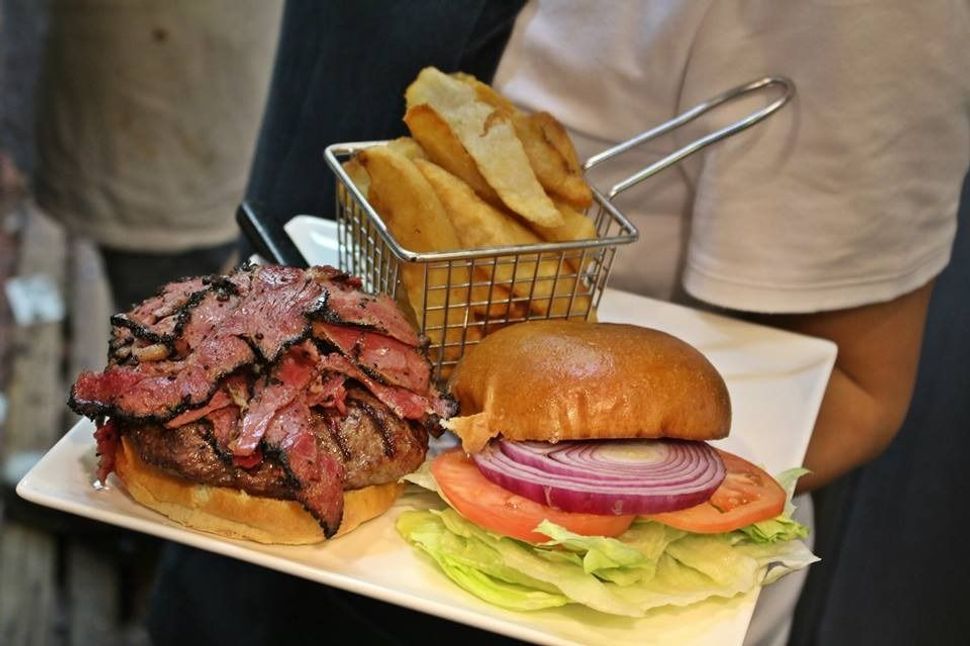 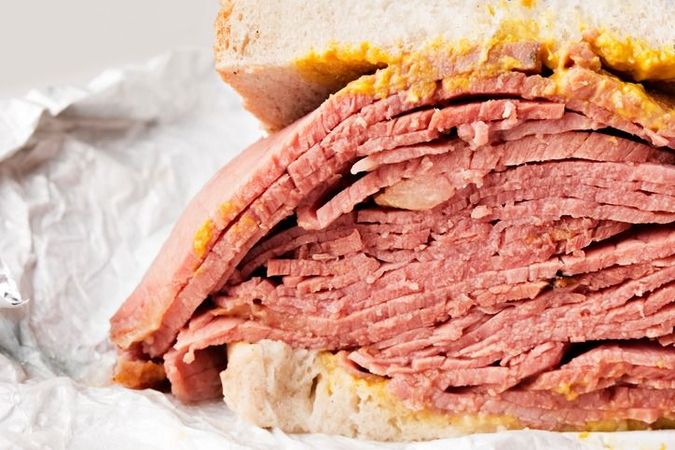 Jewish delis used to be a New York staple. In the Lower East Side of Manhattan, for a group of Jewish immigrants longing for a sense of place, delis offered the Eastern European foods of their home countries (which they often would not have been able to afford in their home countries). Over heart-attack-inducing juicy Reuben sandwiches, stuffed to the brim with corned beef, generously drizzled with Russian dressing, these Jews would argue about God, politics and what was going on in their home countries.

In the heyday of the 1930s, there were at least 1,500 Jewish delis in New York City, according to Ted Merwin’s book “Pastrami On Rye.” It was where Jews went to celebrate their heritage with latkes and brisket, and rebel against their roots, eating treyf things like oysters and ham alongside their culinary inheritances. Now Jay Parker, owner of Ben’s Best Deli, iconic Jewish landmark, says he can only count 12 Jewish delis left.

In 1902, when kosher beef prices soared from 12 cents a pound to 18 cents a pound, chaos ensued. Riots broke out in Jewish neighborhoods. There were boycotts of kosher delis, picket rallies outside and attacks on deli customers. Jewish women lit fire to pieces of meat they had doused in gasoline. When Orthodox rabbis, likely mourning the loss of their lunchtime pumpernickel and pastrami, endorsed this movement, prices began to fall again and the world returned to normal.

But that tradition is under threat.

After 73 years in Rego Park, Queens, Ben’s Best Delicatessen has announced it will be closing its doors by the end of the month, unless it finds someone to purchase the unofficial cultural landmark. “Time is of the essence to find an individual who will take over this historic business, which is known citywide and even nationally,” Michael Perlman, chairman of the Rego-Forest Preservation Council, said. “This is one of the last mom and pop style delis citywide.”

How can a beloved restaurant go from serving 900 pounds of pastrami and practically the same amount of corned beef a month to nothing?

The outcry was immediate, as people commented to reminisce on growing up with Ben’s Best food and begging for recipes. Customers lamented the impending departure and promised to be in for one last feast.

“I don’t want to close,” Parker told the New York Daily News. “I’m out of ideas.”

Parker blamed new bike lanes for the sudden drop in business, telling me over the phone that “the city has determined that they needed bike lanes on Queens Boulevard, displacing over 200 parking spots, for 10.5 hours a day, for 2100 cars, with 2 people in a car, making it between 3-4,000 potential shoppers that can no longer take advantage of Rego Park, so now business depends on foot traffic. It’s been a year and we kept re-evaluating and figuring out a way around it. It’s just gotten to the point where it doesn’t make any sense to stay. So unfortunately we’re winding it up. It’s been 73 years and i’m really sorry to go, but it’s the end of the road.”

What is Ben’s Best’s legacy? “I just want to be seen as the guy that was successful that created one of the best kosher delis in the country. I mean, we are a Zagat 4.3 rated kosher deli. There is no other rated kosher deli. To be on the higher end of the excellence scale, that goes to the talents of my staff…It’s going out on top. We have a great name and a great reputation and we worked 73 years to keep it as such. I want to go out with my name intact. It’s my dad’s name, it’s my dad’s restaurant, I’m just the keeper of the torch and I wouldn’t do anything he wouldn’t do. Going out as a mensch, as he would say, is the right way. All of my vendors get paid 100 cents on the dollar, I won’t owe a nickel to anyone when we leave, all my personal staff members will be placed where I can, and hopefully everyone lands on their feet.”

Many people on Facebook have been clamoring for recipes for Ben’s Best, which they rightfully see as community staples. Parker was not opposed to the idea of unveiling his cookin secrets, telling me, “Now that I have free time, [publishing a cookbook] rose as a possibility. I was trying to do a cookbook for the last 25 years, but I never found four minutes to sit down at the computer and do it.”

Would you ever consider reopening? I asked Parker. The answer was unequivocal. “At my age, I’m 66, to spend millions of dollars to work seven days a week, I don’t think so. The margins aren’t what they were years back. It’s like a Jewish center on Rosh HaShana. It’s a packed house. But the next day, nothing, we’re done. We’re one day a year Jews. We do it to ourselves, culturally. Jews step away and acculturate into society. That’s never worked in the past. When my grandparents came, they were Jews and they wanted to be Jews, proud to be Jews. As each generation goes by, Schwartz became Smith, Liebowitz became Lieb. Shh, don’t tell anyone I’m Jewish. They’d rather go for sushi than a sandwich. I wanted to be here for many more years. I love what I do, I love the people I deal with, I love my staff, but it’s not my decision. I just respond to the facts.”

I spoke to David Sax, author of Save The Deli, a man who has spent a significant portion of his life chronicling the changing Jewish-American food landscape, about what the closing of Ben’s Best means for the Jews.

“I know Ben’s Best, and I know Jay, and it sucks,” Sax told me. “He was one of the most authentic delimen, dedicated to the legacy of a deli that was in his family and neighborhood, [who] left his career to sling pastrami in a part of the city that was not touristy and far from the spotlight. He did it with real love and energy. It sucks that it still wasn’t enough.”

There’s still delis around New York, Sax told me, but he couldn’t think of any others in Queens. “I think his was the last of the old school, kosher delis in Queens. When you have a borough that doesn’t have a deli that is a significant thing, especially a borough like Queens,” Sax, painting a picture of a New York institution going dusty with the void of a pastrami sandwich in Queens. “Will someone ever open up a deli in Rego Park again? I hope. But a place like Ben’s Best, which has a better part of a century within the community, was a place that people knew and trusted and had relationships with and that’s irreplaceable.”

What could’ve brought Ben’s Best to this end? Well, the same things that plague most small, family-owned restaurants. Sax considered the main factors to be “the rising cost of product and stagnant willingness of a customer base used to a cheap sort of product and not willing to pay the difference…Changing demographics, different generations, all sorts of economic factors, like the cost of labor, insurance, regulation…and things that are unique to the deli business.”

Sax described the deli business as based on expensive meats used to create labor intensive sandwiches with labor-intensive processes like smoking and curing. “Your main item you’re selling is losing you money or barely breaking even,” he told me.

Ben’s Best was no tourist deli. “It was the neighborhood New York deli, and really the last of a dying breed. And it tasted great,” Sax told me, sounding genuinely sad. “And those are the kinds of places that in New York are few and far between.”

Another day, another storied Jewish institution gone. What can the average eater do? Support small businesses. Take your loved one’s to Katz’s. Never forget that there once were more Jewish delis in New York than there were cold brew coffee shops. Eat your homemade pastrami on rye with vigor, gusto and tears for relish and as the Jews have done for thousands of years, carry on as best you can.

Ben’s Best may be on its way out, but the mark it made on American-Jewish food will live on, along with the trail of heartbroken customers it is leaving behind.

Shira Feder is a writer. You can reach her at feder@forward.com or @shirafeder on Twitter.

Ben’s Best Deli Is Closing. Are We Witnessing The End Of The Jewish Deli?