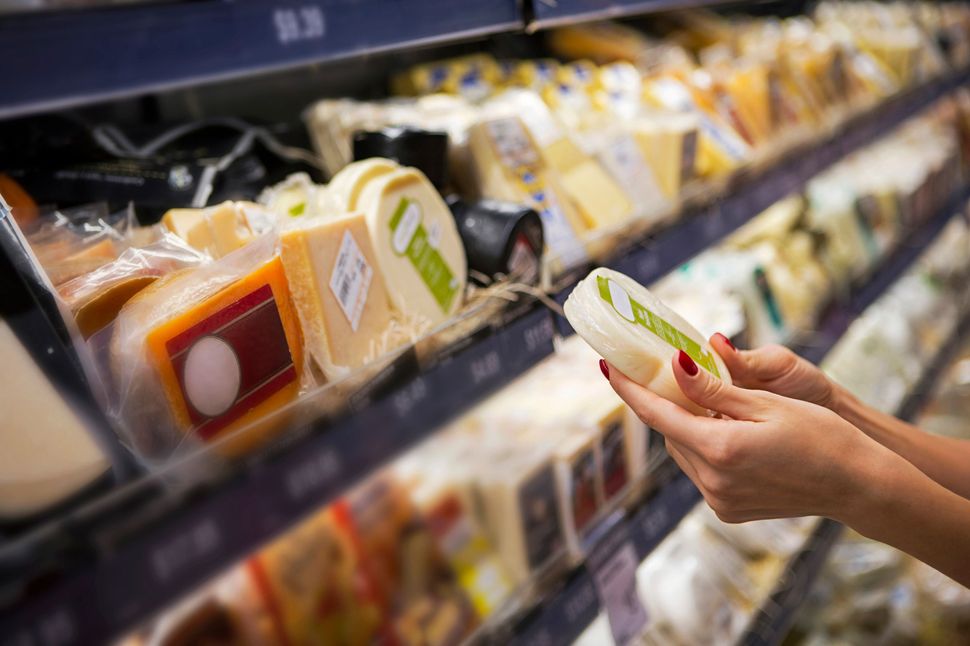 From camembert to cotija to chèvre, fancy artisanal cheeses are universally acclaimed and adored — and are becoming increasingly available for kosher-keeping consumers.

Outside the United States, Israelis and French Jews live in cultures that value artisanal cheese more than Americans might. The shuk in Israel is full of cheese vendors and kosher certified cheese bars like Basher and Makolet Gvinot, and most Israeli breakfasts come with an assortment of fine cheeses.

Some cheese manufacturers, like The Cheese Guy, whose cheeses are exclusively kosher, are trying to bring high-quality kosher cheeses to the observant American consumer. The Cheese Guy, alias Brent Delman, offers a Pecorino Romano cheese aged over 18 months, Blue cheese made by 3rd generation Wisconsin master cheese makers and a jalapeno cheddar jack cheese for the more adventurously inclined. “We’ve whet the Kosher palate,” he wrote on his site, “expanding their repertoire of choices and taking kosher cheeses to entirely new heights.”

La Dolce Vita are the rare Jewish cheesemongers, run by the Gottesmans, of Polish-Jewish descent. Natural and Kosher’s cheese products are practically ubiquitous in kosher grocery stores and they don’t shy away from the occasional camembert cheese wheel. The European brand Schmerling’s, offers a solid Swiss Emmentaler in its store.

Brooklyn’s kosher mega-supermarket Pomegranate started stocking artisanal cheeses about ten years ago, when restaurants began to order them from the store, alongside wealthy consumers and the ba’al teshuvas, formerly secular Jews used to eating more exotic cheeses who aren’t ready to stick to Miller’s cheese.

Ash Cohen, manager of Gourmet Glatt, told me that his store has been carrying The Cheese Guy’s products for about eight years. “The selection now is like nothing you would have seen in the kosher world years ago,” he told me. “The nature of being Orthodox is we have meat times and dairy time. The Nine Days and Shavuot are dairy times…there are far more meat times than dairy times. That’s just how it falls out.”

But these aged cheeses rarely become a dietary staple for many kosher-keeping families, according to kosher grocery managers I spoke with. So what is it about cheese that’s turning some Jews away?

There’s the issue of cost, import taxes, getting USDA and FDA approvals, dealing with the specifics of Cholov Yisroel (an even stricter form of kosher certification in which all dairy must be watched by a kosher supervisor from the moment of milking) and the matter of the carnivorous Jewish mindset.

It may also be the price point. Pomegranate, a kosher grocery noted for its unusually consistent, comprehensive stock of different cheeses, offers 8 ounces of an aged romano cheese for $8.99. while some pecorino cheeses clock in at $31.99 a pound. 6 ounces of pepper jack cheese is $4.99. Kosher cheese is significantly more expensive than non-kosher cheese, and there’s no viable reason for a someone who doesn’t keep kosher to purchase it. Kosher shoppers will likely experience sticker shock looking at the price of cheese, knowing they could pay twice the amount of cheese for half the price if they stuck to plain Miller’s kosher American cheese.

But the answer may lie beyond cost — and rather, in the community’s food culture.

Then there’s the matter of taste. Artisanal cheese, like a good bleu cheese, is an acquired taste. “Bleu cheese tastes spoiled to someone who never had that,” Bernstein told me. “The Orthodox have never had that.” For someone Orthodox to get past the sticker shock of spending money on cheese that could have been spent on meat, as well as the unexpectedly sharp flavor (“something like a Venetian style brie, all creamy, with different flavor notes, some people aren’t going to want to try. I didn’t even want to,” Gourmet Glatt manager Cohn told me), requires a commitment to expanding the culinary palate that the Orthodox may not feel inclined to commit to.

There’s also the matter of individual kosher observance. Many American Jews will refrain from eating non-kosher meat in restaurants, but will freely turn to cold, non-kosher dairy food. “There are many kosher consumers…who are willing to eat out in non-kosher restaurants but will only eat what is referred to as ‘hot dairy,’” wrote Jonathan Deutsch and Rachel D. Saks in their book ‘Jewish American Food Culture.’ So kosher cheeses are not a necessity the way kosher meat is. 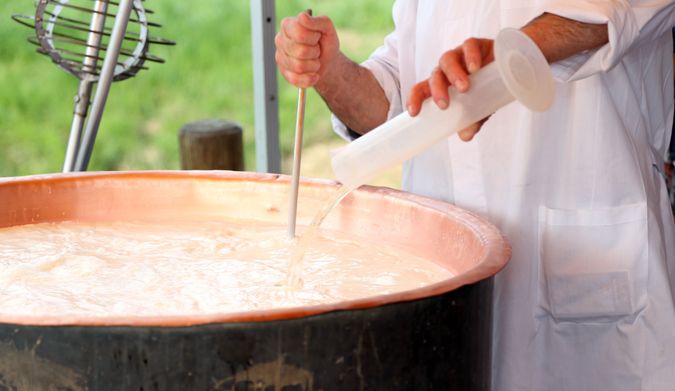 Jews are divided over whether or not they have to wait six hours after eating cheese before going to meat, which may also make Jews apprehensive about ingesting cheese. This idea of waiting between milk and meat was popularized about five years ago, Bernstein tells me. It took its economic toll on the popularity of something like an aged parmesan.

But the answer may lie less in cost, health and kashruth — and more in the community’s food culture. Orthodox Jews tend to see meat as more formal than dairy — meat is traditionally served at weddings, Shabbat dinners and holiday meals, while dairy is served on the weekdays. Jews are carnivores at heart. Instagram accounts like @the_chef’s_wife, run by Adina Schlass, devoted to fancy, camera-ready edible art, are composed almost entirely of meat. Tentpole Jewish cookbooks like Joan Nathan’s “Jewish Cooking in America” and Claudia Roden’s “The Book Of Jewish Food” are chock full of formal occasion recipes, consisting mostly of chicken and meat. It’s why kosher meat restaurants have more of a chance of staying open than dairy ones that aren’t serving fast-casual food like pizza. If you’re going to spend the money going out to eat, the logic goes, then you should get your money’s worth in meat.

With all the variety out there now, artisanal cheese might be the next big kosher trend — but it might just require some cultural re-education first.