Before Hummus, There Was Arbes 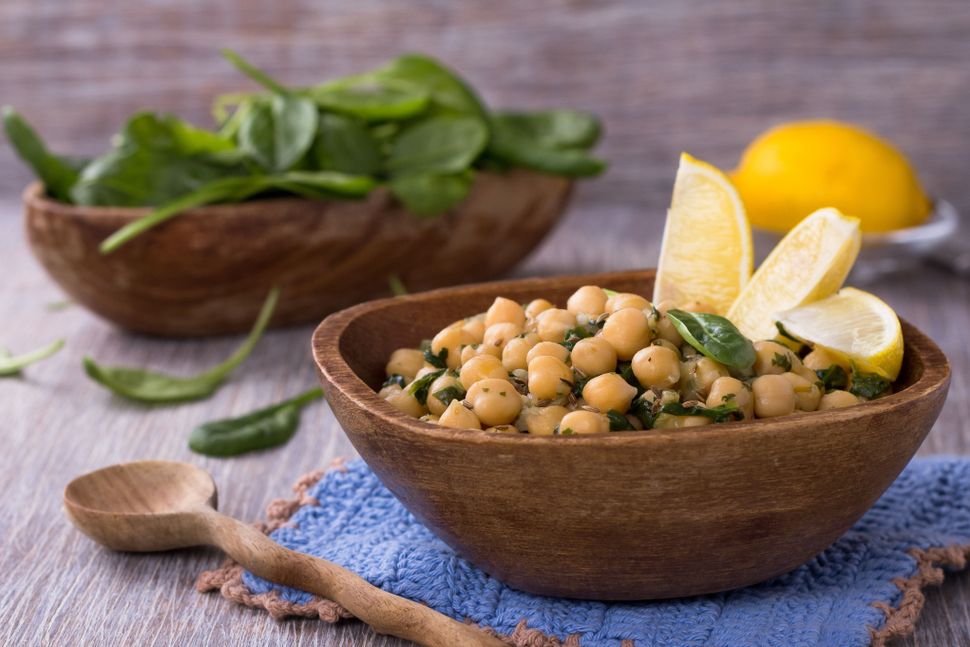 The ownership of hummus, that mashed chickpea puree whose ascendance to the higher echelons of trendiness might have come as a surprise to those who’ve been eating it for years, has always been a sticky question. Does it belong to the Jews, seeing as it is one of the tentpole foods of Israel? Does it belong to the Arabs, seeing as it was historically an Arab dish, which Jewish companies like Sabra successfully monetized as exotic cultural currency? Can’t we all just get along?

But hummus isn’t the only way Jews have historically enjoyed chickpeas. In fact, before hummus, there was another chickpea dish that Jews feasted on with their appetizers and challah. It was arbes, or arbis, depending on your linguistic preference, for the Ashkenazim of Eastern and Central Europe. This seasoned chickpea dish was easy to make and a reliable appetizer, but it was more than that — it was a symbol of the Jewish belief in renewal.

Circular foods are important in Judaism as symbols of the cycle of life, death, rebirth. Arbes was traditionally served at _sholom zachar_s, the parties thrown in honor of a newborn baby boy on the first Friday night after his birth. Copious amounts of alcohol were often consumed, which needed to be absorbed by some palate cleansing. Enter the arbes.

Arbes is also served on Purim, to commemorate how Queen Esther became a vegetarian so she could keep the laws of kosher at the palace. Legumes, along with other sprouts, seeds and nuts, were among her daily diet, according to tradition.

Arbes is actually Yiddish for ‘pea,’ not chickpea. Iraqui Jews call it ‘lablabi.’ Hasids sometimes call them ‘beb’lach.’ Like all things Jewish, there are many names for one thing.

The origin of its name might be complex, but making arbes is very simple. Soak chickpeas in water, the longer the better, then boil them until their skins begin to burst. Season with salt and pepper, or paprika and cumin, or za’atar for a Mediterranean twist, and eat with your hands, like nuts. Beer makes an excellent accompaniment to arbes. Enjoy!

Shira Feder is a writer for the Forward. She’s at feder@forward.com and @shirafeder

Before Hummus, There Was Arbes