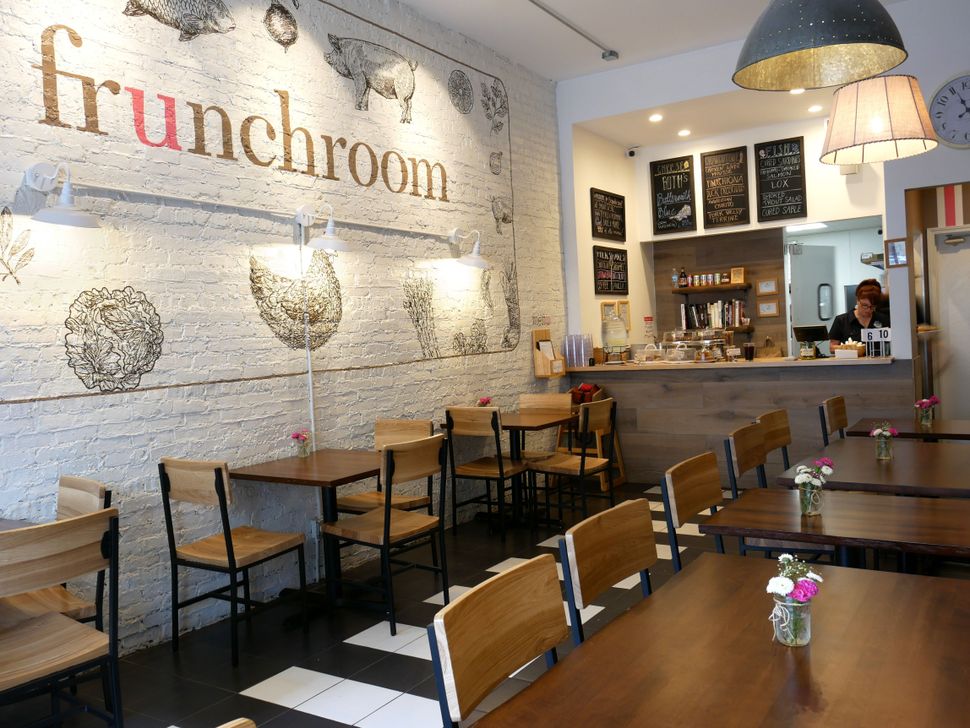 Remember the play “My Mother’s Italian, My Father’s Jewish, and I’m in Therapy”?

Matt Saccaro’s living a version of it. But instead of therapy, he’s celebrating both sides of his family with a hot new Chicago restaurant.

Frunchroom, which recently opened in the northwest Portage Park neighborhood, is Saccaro’s take on the Jewish and Italian delis of his suburban Illinois childhood. Neither slavishly traditional nor trendily reconstructionist, Frunchroom offers Sacarro’s meticulous, house-made takes on favorites like smoked fish, corned beef, and even hummus and laffa – along with a matzo-ball soup that’s become his signature.

Unlike the “Therapy” playwright, Saccaro has a Jewish mother and Italian father. “My maternal grandmother didn’t cook that often, but when she did, she always started with matzo-ball soup,” Saccaro told the Forward. “When I opened the restaurant, I wanted people to have that same experience of starting a meal that way.” Is Saccaro in the dense or fluffy camp when it comes to matzo balls? “They’re sinkers,” he laughed.

After years of experience in high-profile Chicago kitchens like Autre Monde and Ante Prima, Saccaro realized that “the older I get, the more I wanted to get in touch with my roots. And the deeper I looked into it, the more I became interested in exploring it through my profession, which is food.”

Frunchroom’s menu – which also includes Italian classics like Caesar salad, seared polenta, and his paternal grandmother’s meatballs – “isn’t really a traditional take on anything,” Saccaro said. “We’re taking what we can execute in a pretty small space. It appealed to me that we could cure and smoke all of our fish and meat in-house, culture our own cream cheese, and cook that matzo-ball soup.” Only bagels are not made in-house; Saccaro sources them from The Bagel Chef, aka Chicago artisan baker Max Stern.

About that name: “Frunchroom” is Chicago argot for a house’s front room, especially in bungalow-heavy communities like Portage Park. “This isn’t a historically Jewish neighborhood, but people have walked in and said they’re grateful we’re here,” Saccaro said. “And we’re getting some recognition for the matzo-ball soup.”