The Little Book Of Jewish Feasts Is Bigger Than It Looks 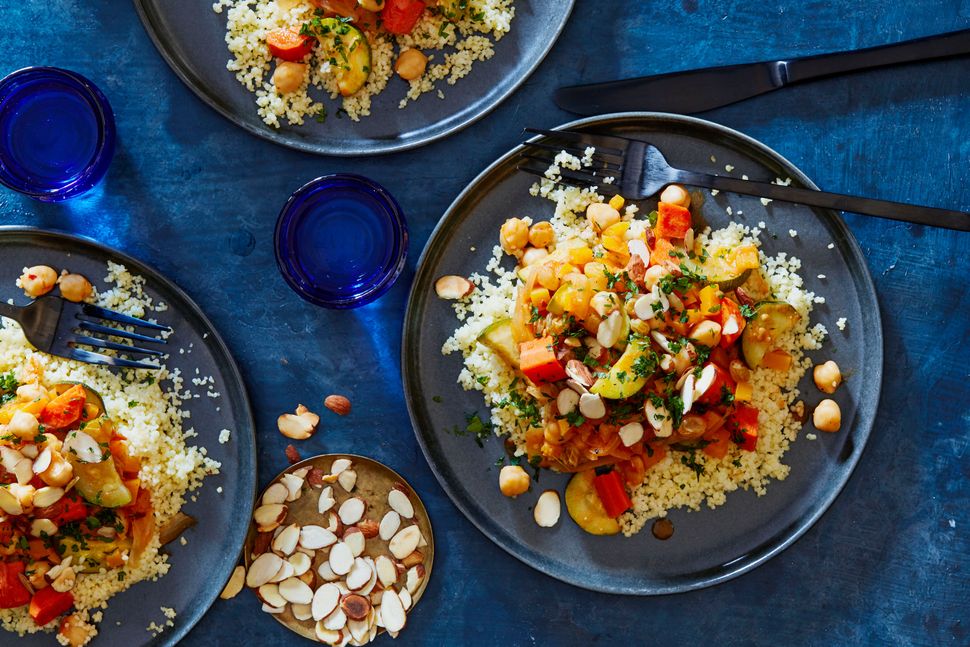 Leah Koenig’s “Little Book of Jewish Feasts” may be tiny, but the 25-recipe volume manages to feel deliciously expansive. Here, Koenig, whose previous cookbooks include “Modern Jewish Cooking” and “The Little Book of Jewish Appetizers,” reaches into the lesser-known pockets of the Jewish culinary landscape to unearth surprising recipes for the holiday table.

With photographs by Linda Pugliese of vibrant dishes set dramatically against slate-colored backdrops, this beautiful volume contains a number of recipes that were entirely new to me, though each turns out to be a take on a traditional dish from somewhere in the world. 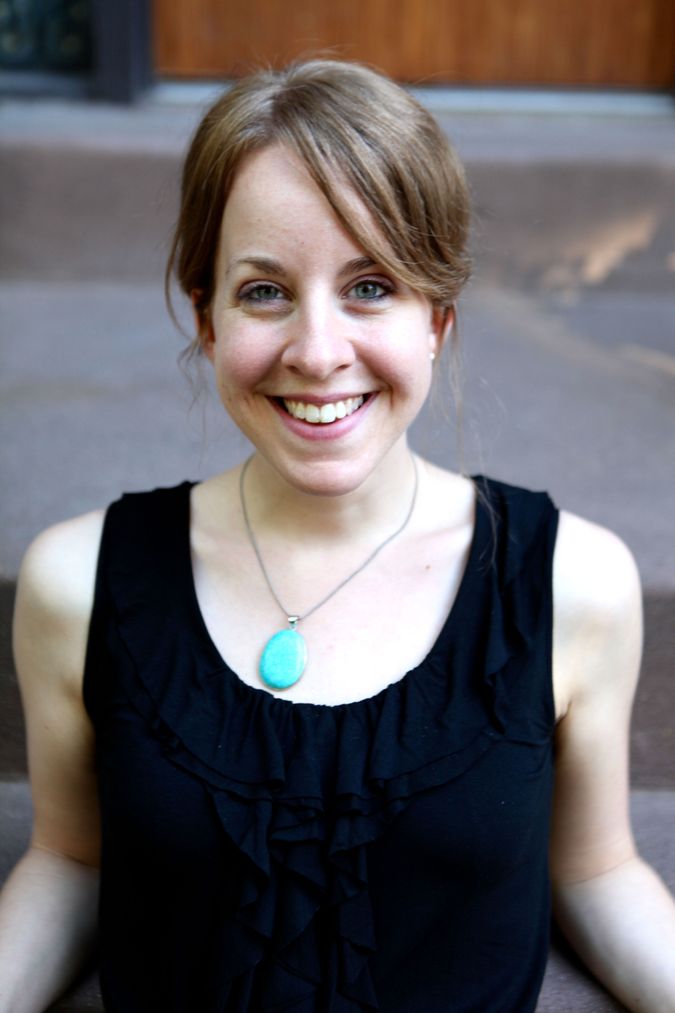 “I’ve been writing about Jewish food for about 10 years now,” Koenig said in an interview, “and the thing that always strikes me is that there’s always a new leaf to turn over. I wanted to honor the fact that this is such a global cuisine.”

In the first section, which is devoted to vegetarian and fish dishes, there is eggplant kuku, a Persian frittata served on Iranian-Jewish tables at Purim and Hanukkah. A black-eyed pea stew called loubia is eaten by Egyptian and Syrian Jews at Rosh Hashanah to symbolize fertility and success in the new year.

In the second section, Koenig introduces meat dishes, including lamb biryani. It likely has Persian roots, she writes. A saucy Iranian dish called fesenjan, comprising chicken, walnuts and pomegranate , is served by Persian Jews on Rosh Hashanah and autumnal Shabbats.

Paging through the book, I quickly found the solution to my regular holiday conundrum of what to serve for Rosh Hashanah when half my guests are vegetarians, one is allergic to fish, and several seem to feel that it isn’t a holiday meal if braised meat isn’t involved. I chose two recipes. The first is a seven-vegetable tagine, traditionally served by Moroccan Jews on Rosh Hashanah because, according to Koenig, “the seven distinct vegetables (which vary from cook to cook) are said to represent the Jewish calendar’s seventh month, Tishrei, which is the month when Rosh Hashanah falls.” Golden raisins add sweetness, which is a hallmark of Rosh Hashanah, she said. And carrots can be sliced like coins, symbolizing good fortune in the coming year.

The second dish I chose is also from North Africa: Mrouzia is a lamb and dried fruit tagine eaten during the Muslim festival of Eid-al-Adha and also served by North African Jews at Rosh Hashanah, “when the sweetness from the honey and dried fruit is particularly symbolic,” Koenig writes.

I imagine serving this hearty meal family style, with guests helping themselves to heaping mounds of couscous and either or both of these savory, aromatic stews — something for everyone, thanks to a tiny book with a big, broad reach across the Jewish holiday table. 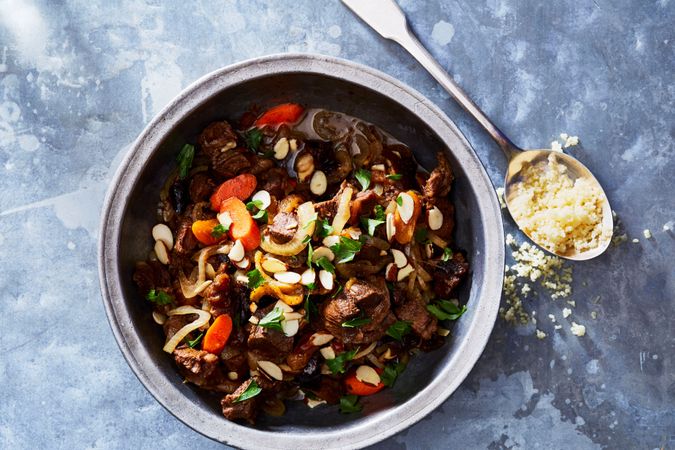 This sweet and savory tagine is enjoyed throughout North Africa, and is traditionally eaten during the Muslim festival Eid al-Adha. North African Jews, meanwhile, serve it on Rosh Hashanah, when the sweetness from the honey and dried fruit is particularly symbolic. Mrouzia is flavored with ras el hanout, a mosaic blend of spices—typically ginger, cinnamon, cumin, coriander, mace, nutmeg, turmeric, and cardamom, among others—that North African cooks use to perfume their cooking. (It can be found in specialty food shops and online.) Some store-bought ras el hanout blends contain salt and some do not, which makes a difference in the final taste of the dish. Taste the blend to see how salty it is and adjust salt levels in the dish accordingly. Serve the mrouzia over steamed couscous.

2 medium onions, halved through the root and thinly sliced

Moroccan Jews serve this spiced tagine on Rosh Hashanah. The seven distinct vegetables (which vary from cook to cook) are said to represent the Jewish calendar’s seventh month, Tishrei, which is the month when Rosh Hashanah falls. They also signify the abundant bounty of the fall harvest season. The addition of raisins to the dish adds a delightful sweetness, while the chickpeas transform it into a complete vegetarian meal. Serve the tagine over steamed couscous, which soaks up the delicious stew. To streamline the preparation process, measure out all the spices before you start cooking and add them in all at once.

2 medium onions, halved through the root and thinly sliced

2 zucchini, halved lengthwise and sliced into

Recipes reprinted from Little Book of Jewish Feasts by Leah Koenig with permission by Chronicle Books, 2018

The Little Book Of Jewish Feasts Is Bigger Than It Looks