Inside The Museum Of The Bible, This Chef Is Leading A Manna Revival 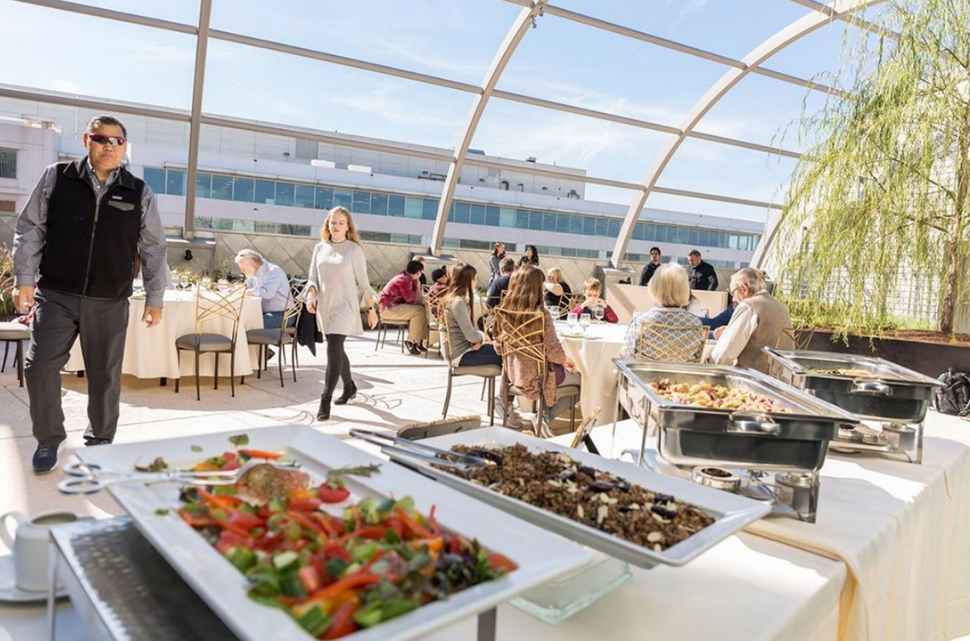 Rooftop garden of the Manna restaurant at the Museum of the Bible in Washington, DC.

Beautiful gatherings in the biblical garden. Come see us on the 6th floor of the Museum of the Bible. #breakingmanna #feedingyourjourney ⠀⠀⠀⠀⠀⠀⠀⠀⠀ ?: @photographybysimo

Some call it a miracle food. Others dismiss it as filling, but bland.

But those reviews of manna came thousands of years ago, in the Bible. And a Washington, DC chef thinks it’s time to reconsider.

Chef Todd Gray is leading a one-man manna revival; he’s even named his Washington, DC restaurant after the mysterious edible. At Manna, inside the Museum of the Bible, you’ll find Gray’s rendition of manna sprinkled on kebabs, strewn on chicken, and even topping a burger. Gray’s even considering manna matzo balls and manna-dusted latkes. “We’re just getting our legs, but when Jewish holidays come, we’re going to try to integrate some classics onto menu,” he said.

“I use it as a finishing spice,” Gray told the Forward. “You’ve seen finishing sea salts infused with dehydrated olives, citrus zest, or fennel pollen. With manna, I’ve integrated ingredients like rose petal, coriander, and sumac with hyssop.” Manna-flavored dishes have been a hit with Manna customers, Gray said; even more have started seeking out his celestial seasonings after a glowing Washington Post profile in August. 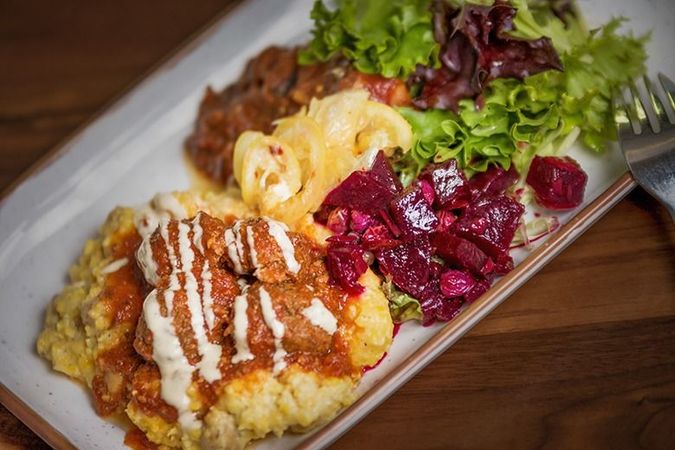 So what is manna? Depends who you ask. According to the Book of Numbers, it sounds like Frosted Flakes. “The manna descended in the night in the form of coriander-seed of the color of bdellium [a kind of crystal], so that in the morning the ground looked as if it were covered with hoar frost. The grains were ground or pounded into flour, and then the flour was prepared and baked in the form of cakes, the taste of which was like that of ‘wafers made with honey’ or ‘as the taste of fresh oil’,” the Jewish Encyclopedia http://www.jewishencyclopedia.com/articles/10366-manna says.

But The New York Times is more prosaic in a report on manna’s origins. As mythical as it sounds, “manna is real… The dozens of varieties of what are called mannas have two things in common. They are sweet and, as in the Bible, they appear as if delivered by providence, without cultivation. Most of this manna is either dried plant sap extruded from tiny holes chewed out by almost invisible bugs, or a honeydew excreted by bugs that eat the sap.”

Gray first came across manna two years ago, when “I was privileged enough to get some real manna from the Middle East through a New York supplier. We chefs are sourcers, and we love to procure special ingredients. But it cost $325 a pound,” he said. “I wanted to be able to work with it in the restaurant, so we started doing research.”

His “aha” moment came after comparing manna to a certain insect secretion. “The more I read about it, the more it sounded like bee pollen,” he said. “When I put the manna next to bee pollen, the size was almost identical. And they look like uneven brown-sugar crystals. Since I only had a half-pound of the Middle-Eastern manna, I decided to use pollen as our base for Manna’s version of manna.”

Miracle of miracles, manna’s proving surprisingly versatile in the kitchen, Gray said. “We do it on a grilled seafood kebab with salmon or halibut, red local peppers, and zucchini squash. We’ve used it on a pistachio-crusted chicken and a burger with halloumi cheese.” Gray’s even started using manna at his other DC eatery, Equinox, where it makes an appearance on caramelized cauliflower with almonds and capers. “It’s fantastic, and very aromatic,” he said.

Gray told the Forward he’s going to seek out more Biblical foods; we’re hoping he skips the Biblical Archaeology site, which lists such treats as gold powder, grass, and bread with excrement.

Inside The Museum Of The Bible, This Chef Is Leading A Manna Revival