The $23 Caviar-Topped Bagel At Freedman’s 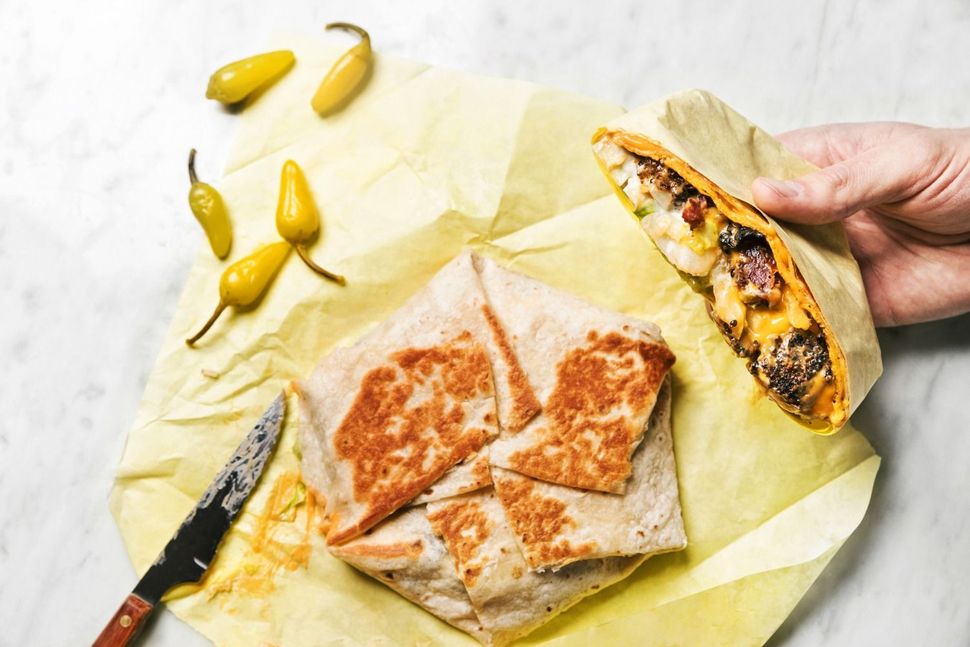 Jewish food is tricky. On the one hand, anyone determined to cook some Jewish deli delights has to bear in the mind the importance of tradition and the significance of the decades-old food they are cooking. But on the other hand, traditions are made to be broken.

On the menu at Freedman’s, the new non-traditional modern Jewish deli joint that’s remixing the deli scene, Freedman’s founder Jonah Freedman is grappling with just that. The result? Food like the pastrami crunch-wrap Munchies called “the drunk food of your dreams.” It’s a decadent take on a crunchy wrap, stuffed with pastrami, lettuce, sour cream and tomatoes.

The presentation of traditional deli food might be changing from overstuffed sandwiches to more condensed crunch wraps, but the food remains the same. Freedman’s had the luck of being of the last restaurants reviewed by respected food critic Jonathan Gold before his death. The brisket was an impressive spectacle to Gold, not to mention the celebrities, like Jeff Goldblum, who have graced the restaurant with their presence.

But pastrami crunch-wraps aren’t the only innovation Freedman’s has to offer. When it comes to Jewish comfort food, it’s hard to do better than the Baller Bagel, a $23 tour de force with smoked whitefish salad, caviar and cucumber, or the glazed brisket with smoked bone marrow for 3 that Jonathan Gold raved about, for $105.

Shira Feder is a writer. She’s at feder@forward.com and @shirafeder on Twitter.

The $23 Caviar-Topped Bagel At Freedman’s