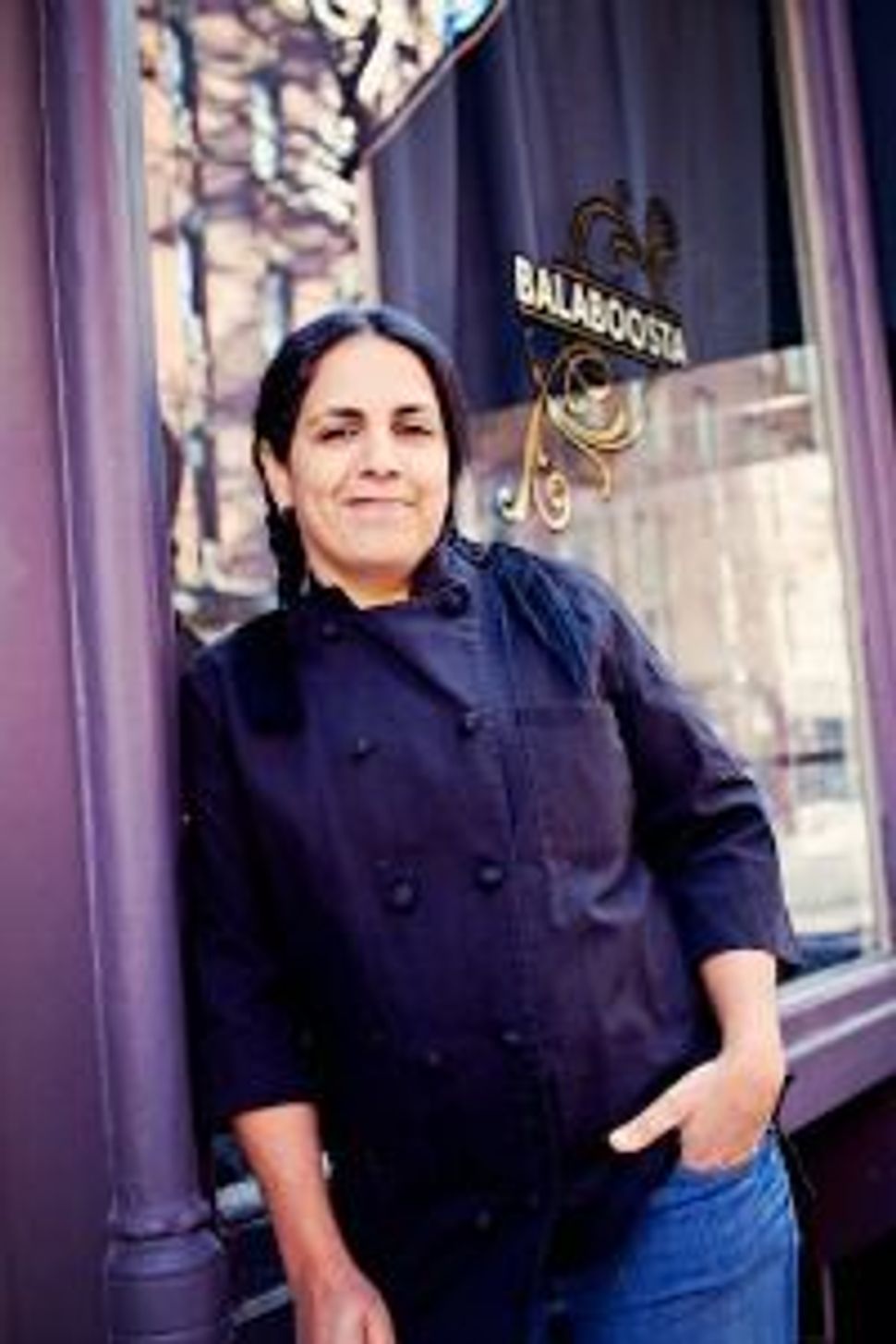 But if you’re expecting her to sit shiva, you haven’t followed her storied career.

The Israeli-born food pioneer, cookbook author, and entrepreneur will use the space to reopen Balaboosta — the beloved Noho bistro that launched her mini-empire — in Bar Bolonat’s West Village space.

Why the change, the Forward asked? “Why not?”, Admony laughed. “I had four restaurants at one point. Having two now is amazing. I’ll have my fine dining at Balaboosta, and fast-casual at Kish Kash [her newest, couscous-driven spot]. I can control one at lunch and one at dinner.”

New York’s cutthroat restaurant economics also made the move sensible, she said. “Trying to totally reopen Balaboosta with a new lease and new rent was pretty hard, and I didn’t want to deal with it,” she said. “I like the West Village location much better than Nolita, and I’m happy to be back in the neighborhood where I started with Taim.” An Israeli counter-service joint serving falafel and salad, Taim’s grown to four locations in New York; Admony’s husband, Stefan Nafziger, oversees that business.

Fans of Balaboosta will find a menu that’s an echo of the original, but “fresher, easier, more accessible – and cheaper,” Admony said. A brand-new item: Soup dumplings, served in a bamboo steamer a la Chinatown, but filled with Yemenite Oxtail soup. “I’m kind of obsessed with soup dumplings,” Admony said. “They’re so much fun to eat.” Admony will serve them with the Yemenite hot sauce zhug.

Some Bar Bolonat items will resurface on Balaboosta’s retooled menu. The restaurant’s popular fried cauliflower will become a rotating weekly special on Balaboosta’s menu, with different preparations each week. A chicken dish will draw on Balaboosta’s signature poussin in pomegranate/walnut sauce. “This one’s easier to eat. It’s a half-chicken under a brick, without all the bones of the poussin, but keeping that sauce and adding a rice salad to keep the sweet and sour.” Fried olives, a popular Bolonat bar snack, will also remain. “I can’t take those out, especially since we’re going to have such a great bar.” Bar Bolonat’s halvah creme brulee will likely stay on the Balaboosta roster. “People love it,” Admony said.

Working with Silvia Zofio, who’s become a kind of house architect, Admony is also overhauling the Bar Bolonat space. “She’s coming in with a fresh and beautiful design,” Admony said.

Through the change, Admony’s only looking forward. “I’m closer to Balaboosta. My book is Balaboosta. I get tons of letters from customers with stories about Balaboosta. It felt like a must to bring it back. And now that people are finding out about it, they’re very happy.”

Look for the rebooted Balaboosta to open its doors on September 20.