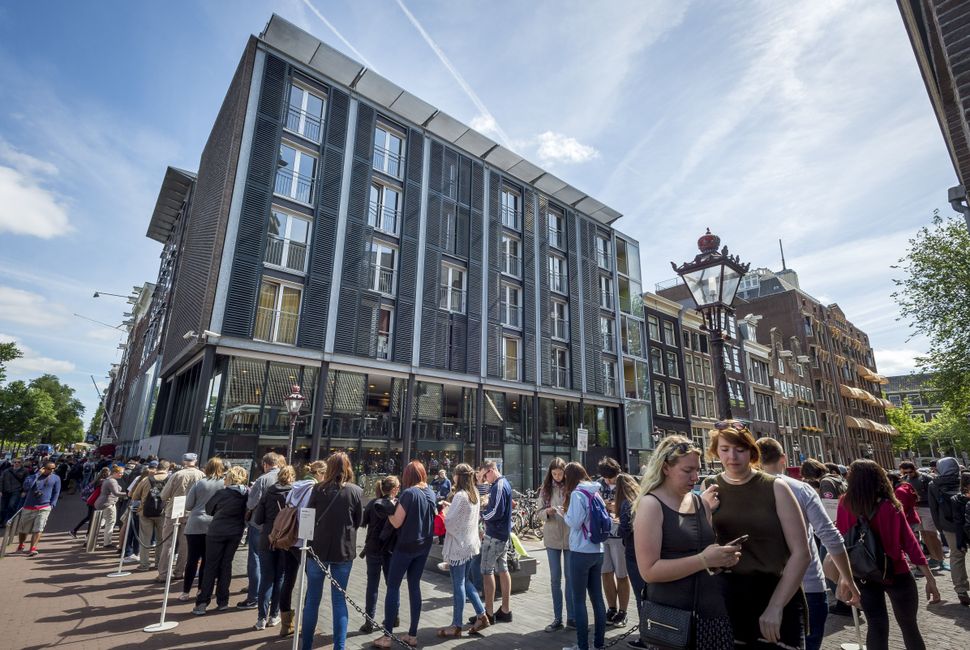 Tourists line up in front of the Anne Frank House. Image by Getty

The unfortunately named and recently opened “Anne & Frank” Bakery has elected to change its name after an outcry on Twitter deemed it insensitive. The bakery is located around the corner from the Anne Frank House, which has become a popular tourist attraction. The media backlash was immediate, as Twitter lambasted owner Robert Barsoum for his choice to name his bakery after the famous Holocaust victim who died in Bergen Belsen.

“It seemed like a nice name to me,” Barosum told the local AT5 television station, adding that Anne Frank was “a hero to me too.”

This isn’t the first time people have used Anne Frank’s name for their own purposes. In 2013, popstar Justin Bieber said he hoped Anne Frank “would have been a Belieber.” A German railway company recently axed plans to name a train after Anne Frank.. She even has an asteroid named after her, the 5535 Annefrank.

According to social media, Barsoum has since removed the words Anne & Frank from the front window of the bakery.