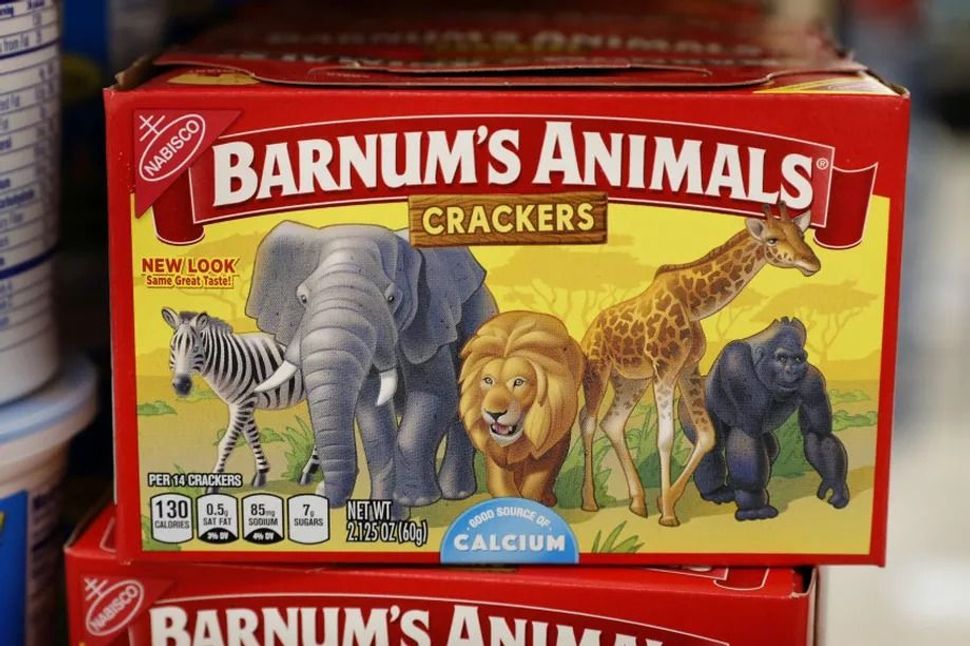 After 116 years, Nabisco is letting its animals roam free…on its animal cracker boxes. After facing pressure from the permanently disgruntled PETA, the People for the Ethical Treatment of Animals, Mondelez International, Nabisco’s parent company, relented and decided to redesign the box. In the process, they dismissed the Jewish-American immigrant packaging art of one Sydney S. Stern, who designed the box in 1923.

PETA’s lobbying effort included this 2016 letter to the public, saying that, “Given the egregious cruelty inherent in circuses that use animals and the public’s swelling opposition to the exploitation of animals used for entertainment, we urge Nabisco to update its packaging in order to show animals who are free to roam in their natural habitats.”

It’s been a rough couple of years for circuses. The circus that gave these animal crackers their name, Ringling Brothers and Barnum and Bailey, packed up their tents for the last time on May 21, 2017 after 146 years, in part due to declining ticket sales.

But this cage-free redesign/political statement didn’t sit well with a lot of people, including Stern’s-great great-niece. In a Vox essay, she writes about how as a new widower and Hungarian immigrant, Stern took a full time job at Nabisco Biscuit Company in order to make enough money to reunite his family, after placing his newborn son in a home due to lack of funds. Within three years the family was reunited. It was there that Stern created the iconic red and yellow animal crackers box design.

But redesigning the box doesn’t fix the issues of animal treatment at hand. “I do believe it [PETA] places an unfair burden on an artist’s contribution without addressing any of the deeper ethical issues in play,” said Stern’s relative Daisy Alioto.

Nabisco does not appear to have an archivist to document the legacy of its old animal crackers boxes.

“It seemed like the right time for the next evolution in the brand’s design,” Kimberly Fontes, a spokeswomen for Mondelez, told The Washington Post.

Nabisco yields to PETA’s request, takes animals out of their cages — ON BOXES OF ANIMAL CRACKERS. pic.twitter.com/gBXpBG3eeC

Shira Feder is a writer. She’s at [email protected]forward.com and @shirafeder