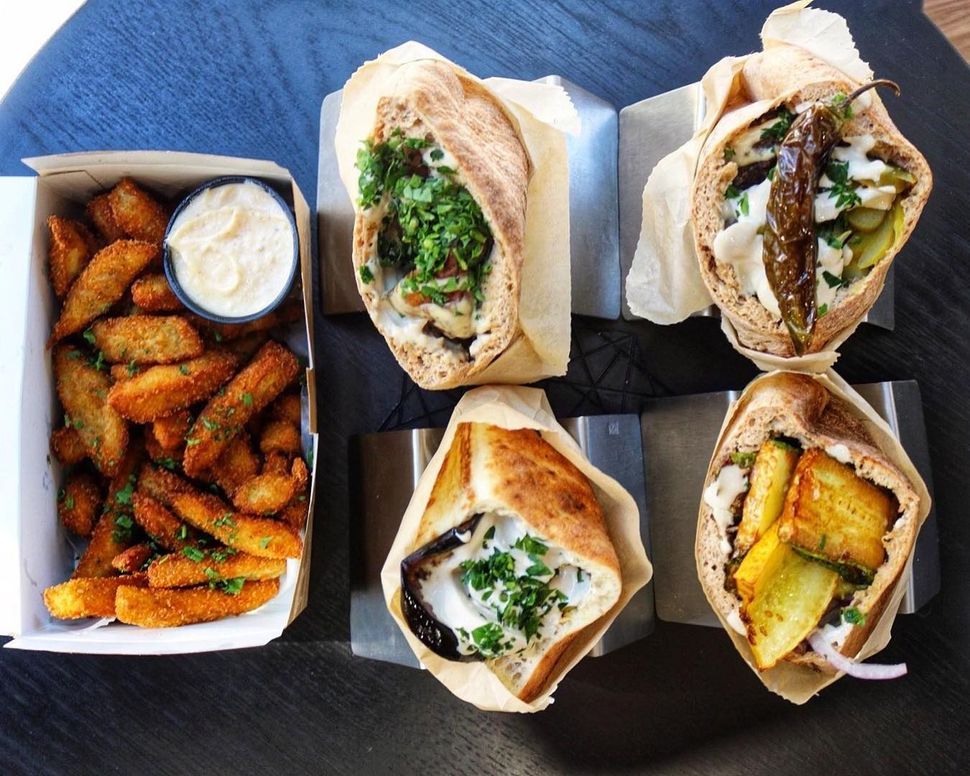 As Jewish food takes a turn towards the Middle Eastern, falafel shops are sprouting up all over town, even in the old haunts of Jews from a hundred years ago, in the Lower East Side.

One such shop is Falafix, a newly kosher certified shop (under the supervision of Rabbi Bodner of the Stanton Street Shul), where every thing on the menu is under $5.

Falfix isn’t the first to fill a lower-budget, fast food niche in Manhattan — from Sababa Falafel, named after a Hebrew slang word that loosely means “chill” or “cool”, to Pico de Gallo Falafel. But its prices seem to be the most competitive. Yes, there is other comparatively cheap falafel to be found in New York — from Greenwich Village’s Mamoun’s Falafel at $5.99. But none of those are kosher.

So those of you who are kosher-eating, yeshiva-tuition-paying falafel-lovers looking to save a few dollars — here’s your chance to get a cheap lunch.