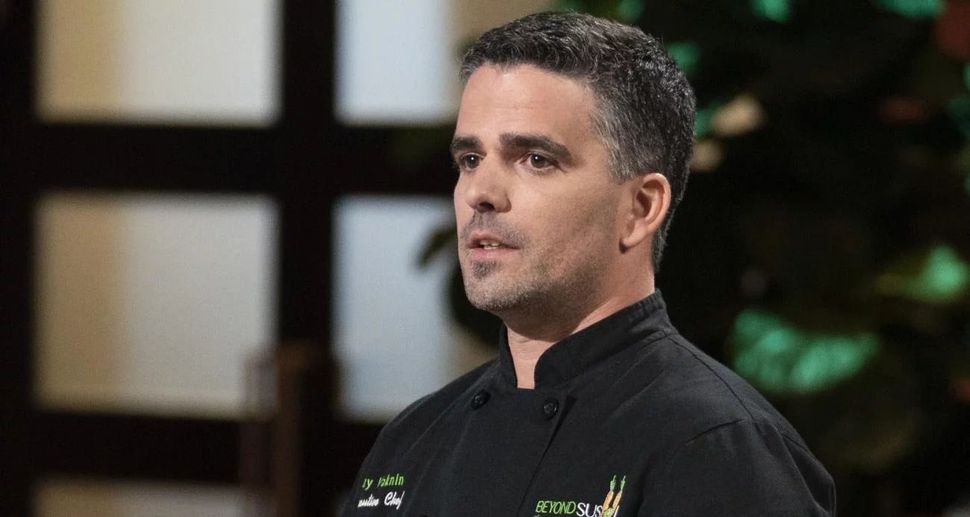 Well, that should buy a lot of sushi.

The investment also makes Beyond Sushi a sibling of sorts with hot restaurant brands Momofuku and Bluestone Lane, both of which Higgins and Greiner co-own through RSE Ventures, their holding company.

As Vaknin told the Forward last week, the gist of his Shark Tank pitch was to “to grow business into a national brand. I think it could be the leading plant-based brand in the country,” he said. “The main focus is restaurants, but it’s also possible we’ll do wholesale and products that relate to our mission.” Beyond Sushi now employs more than a hundred people, Vaknin said; another location is set to open in Manhattan this year, with at least three more set for 2019.

Back in 2012, the Forward was one of the first to report on Beyond Sushi’s debut, when the company consisted of one counter – with Vaknin behind it slicing sushi rolls.

A new chapter for @beyondsushinyc ? A big shoutout to all customers who have supported us. And a shoutout to my wife @talivaknin for believing in me. And all my employees who have built this company with me and made it great ❤️ I could not have done it without all of you. @sharktankabc @lorigreinershark @matthigginsrse