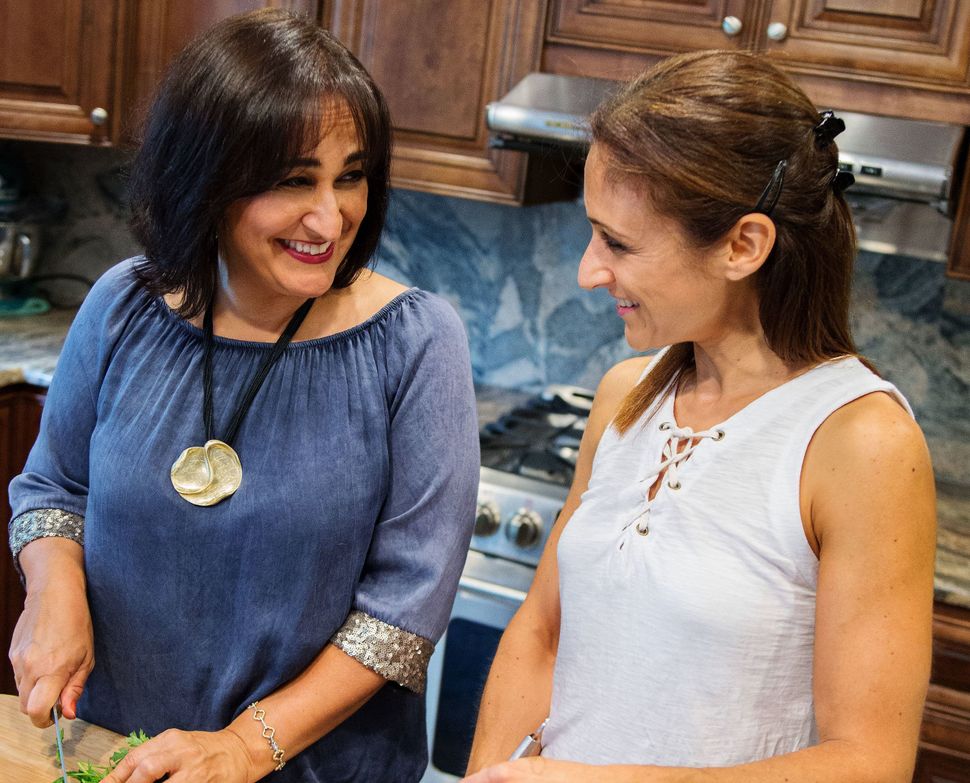 If Middle Eastern food is so heavily dependent on meat — can it be converted to vegan? According to cookbook “Tahini and Tumeric”, the answer is a resounding yes. Vicky Cohen and Ruth Fox, the Lebanese-Jewish-Spaniard sisters behind food blog May I Have That Recipe, embarked on a quest to turn all the traditional foods of their childhood into vegan delights.

Shira Feder: So can Middle Eastern food really be made vegan, with the way so much of it is centered around meat?

Vicky Cohen and Ruth Fox: Well, we made it! We haven’t encountered any pushback with that. Obviously we cannot make the kabobs and the schwarma and all the things you have to make with chicken, but we found 101 recipes that represent Middle Eastern food.

What inspired_ Tahini and Tumeric?_

VC and RF: The food we grew up eating. It was the conversion of my mother’s dishes to things that were vegan and vegetarian. We did have to use our imagination. There was a lot of trial and error. It took us about six months of full-time recipe experimenting to get it done.

So you two are sisters. What was it like to cook together?

VC: At an event yesterday, we said “I meditate and she runs.” And that sums us up.

RF: Besides our families, we are the only close family we have here, so we have a close bond with each other.

Did you cook from a young age?

VC: I never cooked before I got married! Then when I got married, my husband was a vegan at the time and I had never known any vegans before, so I spent a lot of time on the phone with my mother trying to get recipes. The more I cooked, the more I liked it.

RF: I started cooking when I was much younger. My sisters moved away from home and I was alone with my mom, and she let me help in the kitchen, and I started liking food and cooking.

Speaking of your mother, how did she feel about what you did with her recipes?

VC and RF: Well, our mother’s a vegetarian, but she cooked meat growing up. She just wouldn’t eat it, but it tasted incredible. But now, seeing what we’ve done with her recipes, she’s in heaven.

So you grew up in Barcelona in a Jewish-Lebanese household. What kinds of food did you eat?

VC and RF: Hummus, a lot of baharat, cinnamon, tahini…all the classics. Flavoring everything with spices!

What are some Middle Eastern vegan cooking tips?

VC and RF: Use tahini in different ways to bring flavor out, pomegranate molasses. If you use the right combination of spices and lemon with vegetables, grains and beans, you can make anything flavorful.